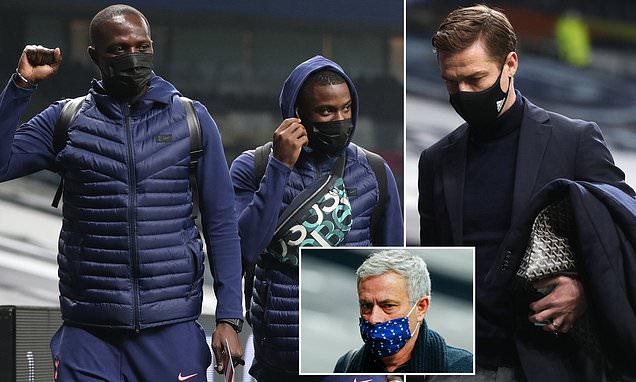 The two sides meet in the backdrop of Jose Mourinho saying he has no sympathy for Scott Parker after he was furious that the game got rescheduled on 48 hours notice.

Spurs go into the game knowing that victory would see them close the gap on Liverpool and Manchester United while Fulham will be hoping to come away with a result to aid their own ambitions of climbing up the table.

Sportsmail’s Jordan Seward is on hand to provide all the build-up and live coverage form the Premier League match. 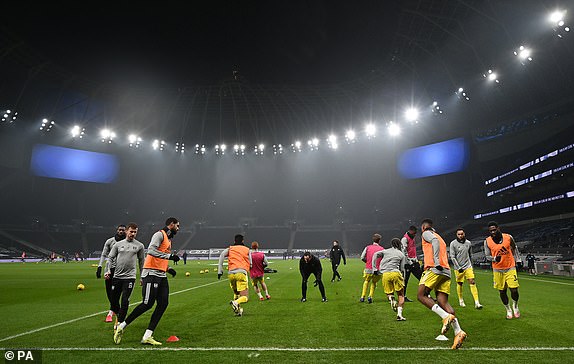 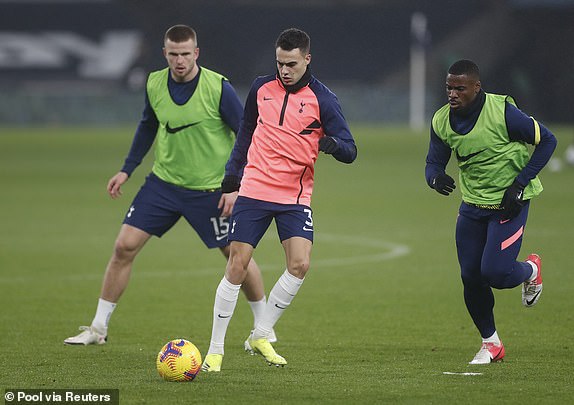 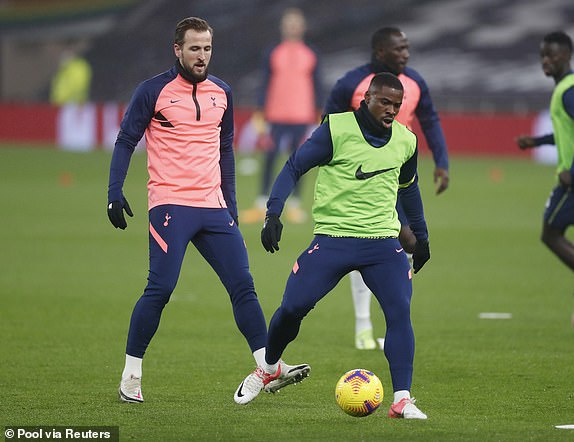 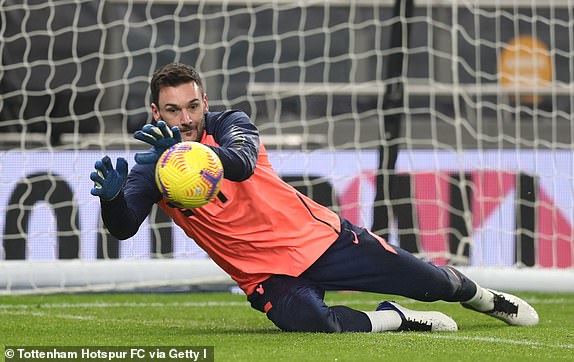 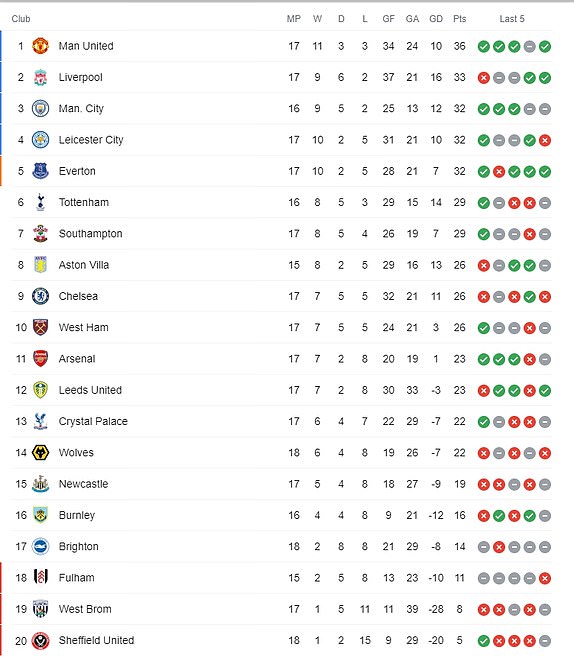 Big incentive for Fulham now as 17th-placed Brighton have just been beaten 1-0 by Manchester City.

If Fulham can get an unlikely two-goal victory tonight, then they will move out of the relegation zone.

Kane said pre-match: ‘We need to abide by the rules, it’s certainly not ideal but that’s the situation we are in. If we do hopefully score a few tonight we will have to just give each high-fives and it’s something we’re going to have to get used to. As players we are happy to adapt to that to keep players and people back home safe.’

Tensions were running high this week after both teams discovered they would be playing this evening on short notice. The match was initially scheduled for December 30 but was postponed due to a Covid outbreak in the Fulham squad… and it’s fair to say Parker and Mourinho were not best pleased when they were told they’d have just a couple of days to prepare for their clash. 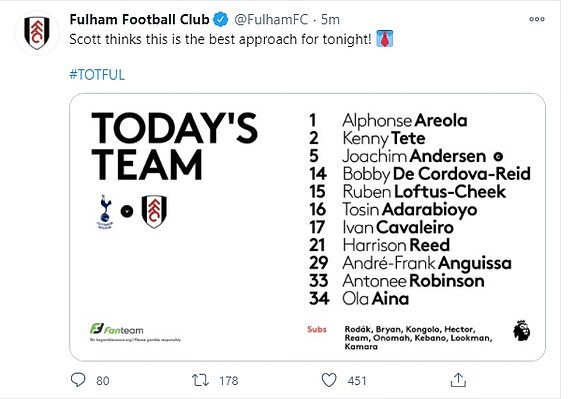 Harry Winks makes a rare start despite rumoured loan bids from Valencia this week while Dele Alli is again left on the bench. Kane and Son lead the line and Sergio Reguilón is recalled to the team having not played in the win over Leeds. 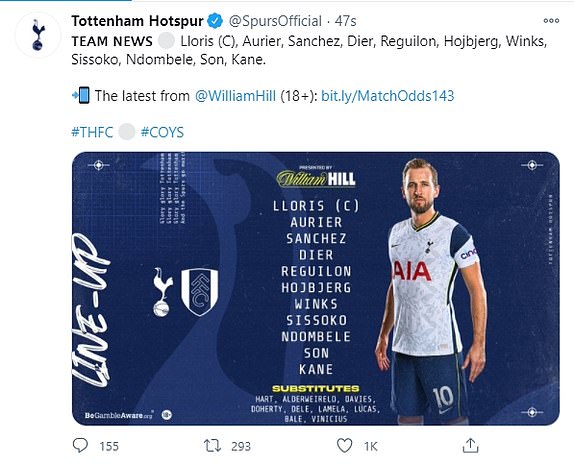 And welcome to tonight’s live blog of Tottenham vs Fulham.

With Spurs pushing to get back in the title race and Fulham fighting to get out of the relegation zone, there is plenty at stake tonight.

And of course the build-up has been dominated by the two managers with Mourinho saying this week he has no sympathy for Scott Parker after he expressed anger at the fixture being rearranged on just 48 hours notice.

It’s got all the ingredients for an intriguing match and I have the pleasure of running you through the action, so make sure you stick around.

Kick-off is still someway away but don’t fear as we’ve got plenty of build-up coming your way.