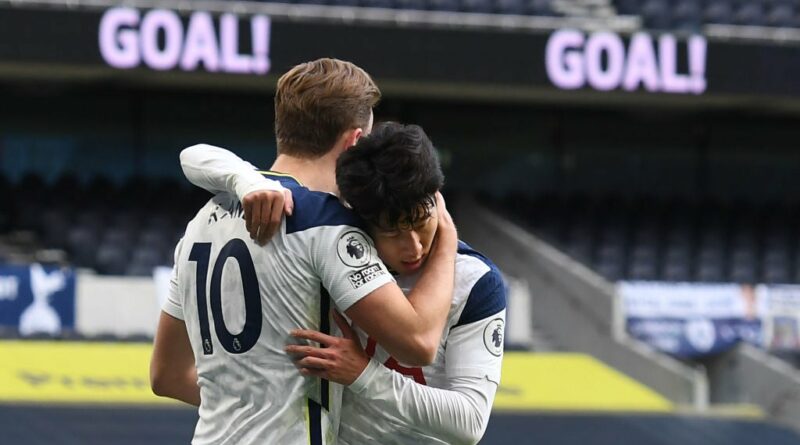 Tottenham are aiming to keep up the pressure on defending champions Liverpool when they welcome them to north London on Thursday.

Spurs head into the clash still fighting on four fronts following their hard-earned FA Cup victory over Wycombe Wanderers earlier in the week.

An early scare from Wycombe meant Tottenham relied on two late goals from Tanguy Ndombele who secured the 4-1 win.

The Lilywhites will be looking to keep their eight-game unbeaten streak in all competitions, with hopes to move up from their 6th position in the Premier League table.

Meanwhile Liverpool have been well below their usual standards as they are yet to find the back of the net in the Premier League in 2021.

Mohamed Salah ended his goalless drought by scoring twice against arch-rivals Manchester United in Sunday’s FA Cup tie, but it was still not enough to go through as they conceded a late free kick by Bruno Fernandes.

Liverpool did beat Tottenham 2-1 in their last outing and will be looking to get back to winning ways.

The game kicks off at 8pm on Thursday 28 January.

The match will be shown live on Sky Sports and Sky Sports Premier League. Subscribers can also stream the match via the Sky Go app.

Kane and Son have been a prolific duo in the Premier League this season and are key to move up the table as Spurs sit just one point behind Liverpool.

Harry Winks and Pierre-Emile Hojbjerg were both in good form against Wycombe, and should be joined by Ndombele who has scored three goals in his last two appearances.

Liverpool are set to welcome back skipper Jordan Henderson to the side for Thursday night’s match, and he will likely return to a midfield role alongside Thiago Alcântara and Georginio Wijnaldum.

Joel Matip is also expected to be fit to play at the back.

While Diogo Jota is still out injured, Klopp will have to keep Salah, Roberto Firmino and Sadio Mane up front.

Naby Keita, Virgil van Dijk, and Joe Gomez are all still out injured.

Bolton to lose Luca Connell for just £240,000 should he move abroad