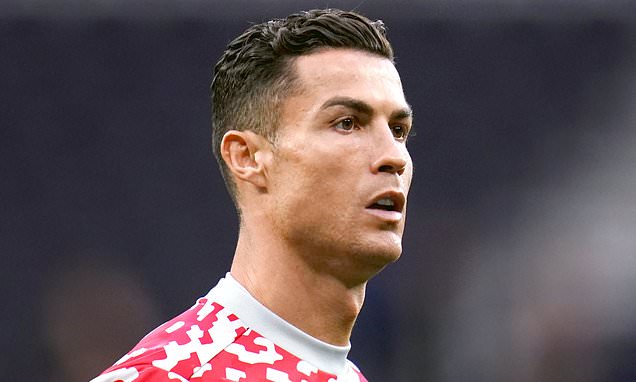 Manchester United travel to Tottenham Hotspur to round off Saturday’s action with both sides desperate for a statement win to kick-start their mixed opening to the season.

Red Devils boss Ole Gunnar Solskjaer is under huge pressure following last weekend’s humiliating 5-0 defeat by Liverpool and is in need of an instant turnaround.

However, Spurs boss Nuno Espirito Santo is also feeling the heat following another London derby loss against West Ham as he looks to build on his side reaching the last eight of the Carabao Cup quarter-finals midweek.

Just five minutes to go until we are under way at the Tottenham Hotspur Stadium with plenty at stake for both clubs in this crucial Premier League clash.

Solskjaer has shuffled his pack and formation in a desperate bid to turn the tide, while Nuno will hope that a strong attacking quartet finally click in North London.

The players are in the tunnel and kick off is coming next.

We have been up and down, we have been close and far but we are getting closer to where we are. We need to add many things, creativity, mobility, better finishing, better passing, we have a chance today.

We have a good squad, we have to take advantage of all the players. The players have different characteristics, they can gel inside the team.

The Spurs boss was speaking to Sky Sports.

It’s enough talking by myself and others so the only proof is on the pitch and we need to put things right, put a good performance out there and hopefully get a result.

We need to prove to ourselves we are a better team. Who wants to live with no pressure? Every game for this club is big but after the week we have had it is pretty big.

We have put a few more experienced players in there, we need that solid foundation to perform from. We need to control the game with and without the ball.

We need to use the full width of the pitch, we have got players like Cristiano and Edinson on the pitch together and you want them in the box together, we need to give them crosses.

Solskjaer was speaking to Sky Sports.

Daniel Levy pledged for Spurs to rediscover their DNA after a turgid season under Jose Mourinho, but the early signs from Nuno Espirito Santo are far from positive.

Here, Spurs fan Dan Ripley delivers a damning verdict of the current boss after a series of lacklustre showings in North London.

Spurs and Man United wrap up an enthralling Saturday of action today with plenty of surprise results across the board as Chelsea see their gap at the top of the Premier League grow as Man City and Liverpool flounder.

Manchester United boss Ole Gunnar Solskjaer came out swinging on Friday night as he looks to save his job at the club.

Solskjaer saw his team thrashed 5-0 at home by Liverpool last Sunday and now they face Tottenham in north London this weekend.

Solskjaer revealed on Friday he had spoken to former United manager Sir Alex Ferguson and the club’s board this week. He insisted he had not asked for reassurances about his future.

For Spurs, Nuno makes two changes from the side that lost to West Ham last Sunday.

Sergio Reguilon is replaced at left back by Ben Davies, while Tanguy Ndombele is relegated to the bench with Giovani Lo Celso replacing the Frenchman.

Dele Alli, who did not travel for the Carabao Cup game at Burnley, is on the bench.

We were expecting changes from Solskjaer following that hammering last week, and the United boss has reverted to a back five for the trip to North London.

Harry Maguire, Victor Lindelof and Raphael Varane have all been named in the starting XI, while Edison Cavani has been given a start alongside Cristiano Ronaldo.

Mason Greenwood and Marcus Rashford are on the bench today.

Hello and welcome to Sportsmail’s live coverage of Tottenham vs Manchester United in the Premier League.

After a tumultuous week, it is no wonder this clash is being dubbed ‘El Sackico’, with pressure mounting on both bosses ahead of this afternoon’s 5.30pm kick off.

United are desperate for a bounce back after their 5-0 humiliation by Liverpool last week that has left Ole Gunnar Solskjaer’s job hanging by a thread.

Stay tuned as we provide build up and live commentary for this afternoon’s game at the Tottenham Hotspur Stadium. Team news to come very shortly. 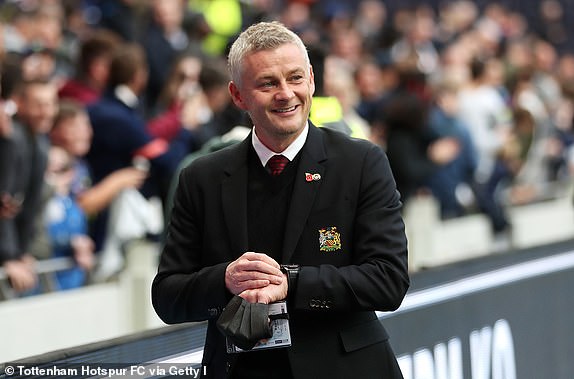 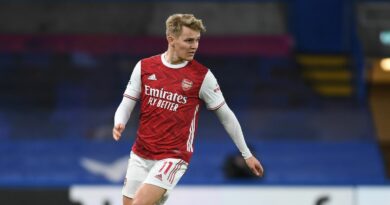