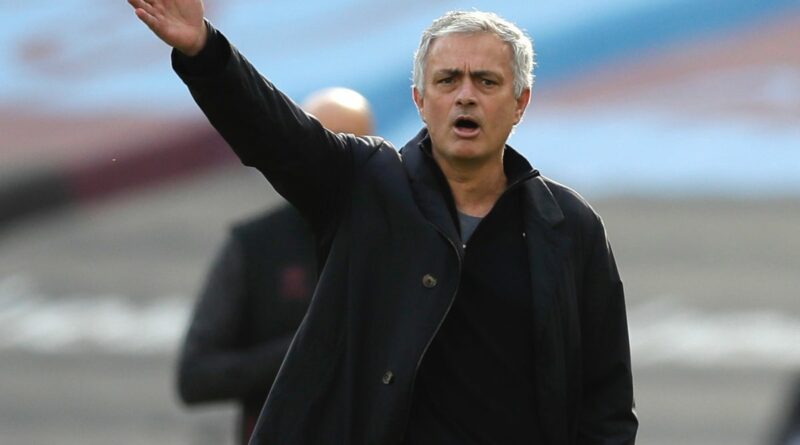 Five defeats in the last six. Just three wins in 13 league matches. The 81 points from 50 games in charge at Tottenham Hotspur – the lowest at this stage at any stint at a club. In turn, this 15th loss – an eighth of the season – gives him the lowest league-win percentage of any Spurs manager since Juande Ramos.

If ever there was a moment to ask Jose Mourinho if he was the problem, here it was. That perhaps after his protestations about the players – those he lauded when he first took the job and praised to the hilt during their four weeks at the summit into December – his methods were the problem.

When it came, devoid of the sugar of what he has accomplished, presented ready and raw as a natural query off the back of his worst run as a manager, so came an all too predictable answer.

“No. Not at all. Not at all. Zero.” Then the elaboration: “Sometimes the result are a consequence of multi situations in football. Mine and my coaching staff’s methods are second to nobody in the world.” Even in the face of overwhelming evidence, Mourinho found a brazen excuse where others might have fessed up to their own shortcomings.

It was almost too neat that he would bring up his half-century against the same team that began in. A 3-2 win back in November 2019, at a London Stadium filled to the brim of disgruntled West Ham fans was set against a calmer Mourinho on his return to management. On Sunday, the freneticism was in every contested throw-in and against every player in white. Every slight against him reverberating off the empty stands as forlornly as they were bellowed out.

Are Spurs in crisis? Yes, probably, though Mourinho even tried to rally against the very definition of that word: “If crisis is frustration and sadness in the dressing room, I would say so because nobody is happy. Groups are in crisis when you are not together in search of better results. I wouldn’t say crisis. I’d say a really bad run of results. We are losing too many matches.” I don’t know about you, but that all sounds like a good old, traditional crisis.

There might be some relief for the players within that jumble. We’re at the stage in the Mourinho cycle where they are the problem, and if the English language can take some of the heat off them, they might at least catch a moment’s rest.

This week marked the first trimester of the inward blame season for those with an attuned Mourinho dial. Its warm breeze drifted in last week with talk of “we coaches are as good or as bad as our players make us”, and the weekend’s chat of world-beating practises was a noticeable temperature rise. We can’t be too far away from medals-on-the-table patter and the sweltering days of moles and bad eggs in the dressing room.

However, as well-versed as we may be on the final stanza of this Mourinho story, there is unique toxicity to all this that will affect Spurs more than previous clubs. The kind that calls for more concern than flippancy. Even a degree of vigilance.

When the Special One turned sour against his own at Real Madrid, the players held firm knowing they would outlast him. Plus, where else would they want to go? He sowed the first few seeds for Iker Casillas’s departure. Still, even when that came a couple of years after Mourinho’s departure, the blame was mainly on club president Florentino Perez.

The group at Chelsea stuck around when he left Stamford Bridge swinging at the end of 2015 after nine league defeats, a tally Spurs are in danger of “bettering”. That identical squad, give or take a couple who moved on the following winter, stayed on to lift Chelsea’s fifth Premier League title in 2016/17 under Antonio Conte, including sparring partner Eden Hazard. Only Eva Carneiro was notable collateral from this fallout.

Even Manchester United were relatively intact from a tumultuous two years under the Portuguese. All of Paul Pogba, Luke Shaw and Anthony Martial remain key players under Ole Gunnar Solskjaer in 2021.

When you lay it all out there, for someone who has worked hard to cultivate this image as a Machiavellian, “take no s***” type, Mourinho has a poor track record for taking out his enemies. But the worry for Spurs fans is that he might have more success soon.

He has already seen off Christian Eriksen. Dele Alli’s ego has been this season’s most popular punching bag, though Gareth Bale’s has also been copped a few blows.

Toby Alderweireld, convinced to sign a new four-year deal at the end of 2019, is said to now be looking for an out. The whispers around Son Heung-min don’t need to be taken seriously just yet, but even the mere suggestion that one of the prolific double act is wondering if all this is worth the hassle should cause alarm. What happens when things continue on this downward trajectory?

A respite of sorts is on the horizon with the next three league fixtures against relegation-concerned Burnley, Fulham and Sheffield United which bodes well considering Leeds United (12th) are the only non-bottom six side Spurs have beaten this year. Then comes a north-London derby against an equally tentative Arsenal.

Sat in ninth, those high profile players may wonder if trophies lie elsewhere. Mourinho came with the promise of riches that have yet to come to fruition. Only the Europa League carries any semblance of satisfaction, not just of silverware but their most likely route into the Champions League.

Unlike at Real Madrid, Chelsea, and Manchester United, Mourinho and Spurs’ malaise are starting to feel one of the same. Intertwined like wire headphones in your pocket.

He retains the trust of Harry Kane. But for how long? Kane turns 28 this year, and with the niggles stacking up, his peak will only last for so long. At what point does he start to ponder if he needs to move on to fill that mantlepiece with more than a few player-of-the-month awards and hat-trick balls?

Watching Spurs these last few weeks, you might wonder if this is simply a natural rot. Many of these players have been together for five years and, perhaps, they have exceeded their natural life-cycle. The final 12 months under Mauricio Pochettino indicated a level of restlessness that was laid squarely at the Argentine’s feet.

But aside from the brief uptick this campaign, there is no doubt Mourinho has exacerbated such a malaise. And it’s hard to escape that only distance between the two entities will remedy that.

As such, the question to ask is what will cost more: the severance Daniel Levy must fork out to remove Mourinho or to lose prime assets that will require twice as much to replace adequately? The latter will set the club back by years. The former won’t have any bearing on the man at the centre of it all. After all, none of this is his fault.