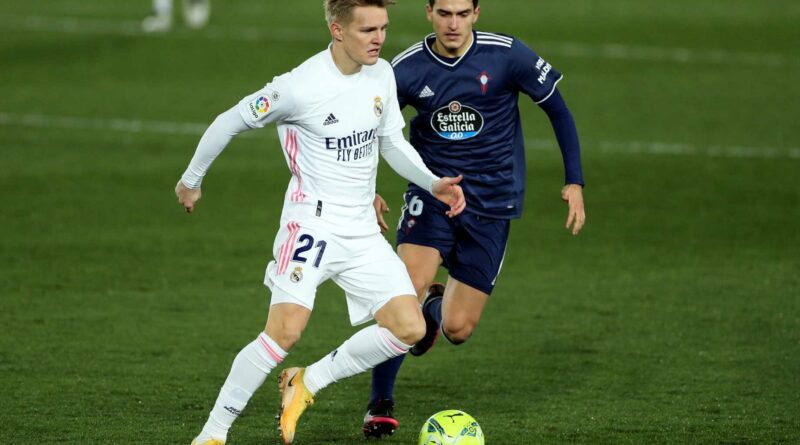 Welcome along to Friday’s transfer news live with the latest rumours, gossip and done deals from the Premier League and around Europe. With the window shutting soon, interest in players is likely to spike in the coming days, with Arsenal, Manchester United and Tottenham and more all looking to strengthen or slim down their squads ahead of the second half of the campaign.

Today’s rumour mill involves Arsenal who are reported to be interested in bringing Real Madrid’s Martin Odegaard to the Emirates on loan. However the 22-year-old is said to prefer a move to Real Sociedad, so watch this space. Tottenham are also one of a number of clubs considering a loan move for Christian Eriksen. Leicester are also thought to be interested in a player whose move from Spurs to Inter Milan has not worked out.

Manchester United meanwhile could reward Ole Gunnar Solskjaer for positioning the club in the thick of the title picture, though there could be many outgoings at Old Trafford, too, with Juan Mata linked to his former club Valencia.

Mesut Ozil’s move to Fenerbahce, United’s deal to bring in Amad Diallo from Atalanta and Sebastian Haller’s big-money deal to leave West Ham for Ajax rank among the most significant deals of January so far. Follow all the latest developments below.

WEST HAM TO LOOK TO FRANCE FOR NEW STRIKER?

West Ham United could be interested in signing Josh Maja from French club Bordeaux as a replacement for the departed Sebastian Haller.

Haller left the club earlier in the transfer window, as he joined Dutch side Ajax in a £22m deal.

A bid for Sevilla’s Youssef En-Nesyri was rejected, as it didn’t meet the Spanish side’s £37m valuation of the player.

According to Talksport’s Alex Crook, The Hammers could turn their attention to Maja.

Maja, 23, has only scored twice for the French side in Ligue 1 this term.

He’s previously played for Sunderland, having come through their youth academy.

Fulham boss Scott Parker has reportedly put three of his players up for sale in the January transfer window.

Fulham have struggled in the Premier League this term, and currently sit 18th in the table with just two wins.

According to Sky Sports, Stefan Johansen, Maxime Le Marchand and Jean Michael Seri have all been told their time with the club is over.

KLOPP ADMITS JANUARY SIGNINGS OUT OF HIS HANDS

Liverpool coach Jurgen Klopp has admitted that the potential to sign any new players in the January transfer window is ‘out of his hands’.

Liverpool suffered defeat against Burnley, their first defeat at Anfield in the league since 2017, and their squad has been beset by injuries.

Interviewed after the game and asked whether the club will buy in January, Klopp said it was out of his control.

“These decisions are not my decisions. If somebody thinks we should do something [they will decide],” Klopp told Sky Sports.

“I cannot decide if we do something in the transfer window or not, that must be clear. But that’s not something I’m thinking about.

“It’s just we can, with this group, play much better football – that’s my concern, that’s what I’m thinking about.”

Chelsea defender Fikayo Tomori is due to land in Italy today to sign for Serie A side Milan.

The English defender has struggled for playing time under Frank Lampard this season, and is initially joining Milan on a six-month loan.

According to The Guardian, the defender will land in Italy today to sign his contract.

The Rossoneri have the option to sign the 23-year-old on a permanent basis at the end of the season, but isn’t obligatory.

A future fee would cost Milan in excess of £25m, plus an extra £5m in bonuses.

Tomori has only made one league appearance for Chelsea this campaign.

West Ham’s pursuit of Sevilla striker Youssef En-Nesyri may end in failure, as the club are refusing to increase their bid.

The Hammers sold striker Sebastian Haller this month to Ajax after a difficult time in East London.

The club have been in the market for a replacement, and had picked En-Nesyri as the ideal candidate.

However according to the Daily Mail, the deal could be scuppered, as West Ham are refusing to raise their offer to sign the striker.

David Moyes’ side reportedly bid £22m for the 23-year-old, but this seemingly wasn’t good enough for the Spanish side.

And it seems that they are reluctant to go any higher.

Therefore, Moyes may need to look elsewhere for a Haller replacement.

Arsenal are close to reaching an agreement with Real Madrid to sign 22-year-old Norwegian Martin Odegaard on loan, according to reports in Spain.

Odegaard had been out on loan at various clubs over the last three years, with the most recent being a spell with Real Sociedad in 2019-20. According to reports in El Confidencial and El Diario Vasco, the Basque club have attempted to take Odegaard on loan once again, but have lost out to Arsenal.

Arsenal have a good relationship with Los Blancos, stemming from the club taking Dani Ceballos on a two-year loan deal.

It’s thought that there is no option to make any deal for Odegaard permanent.

Eriksen has found it difficult to settle in Italy, and has been repeatdly linked with a move away from San Siro.

Italian journalist Gianluca Di Marzio has stated that both Spurs and Leicester are interested in bringing the Dane back to England, but as of now are yet to make a formal approach.

The two sides have reportedly asked for information on Eriksen. However Di Marzio states that Inter are demanding money for any loan deal for the midfielder.

As the new season kicks off, we ask who'll be the winners and losers in the 2019/20 Premier League?

The secrets of Sheffield United's success