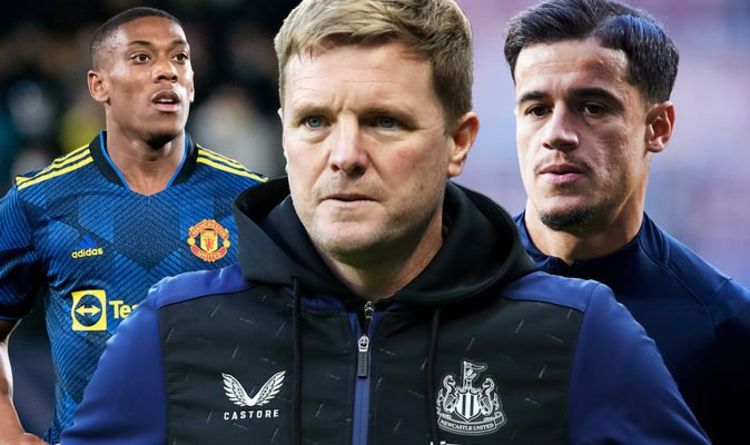 The first week of the January transfer window is coming to an end, and while some teams have hit the ground running, others are yet to get going. The likes of Newcastle, Aston Villa and Manchester United could see changes unfold today as a number of transfers edge closer to completion.

It has been a relatively quiet few days in the Premier League since Everton nabbed Nathan Patterson for up to £16million on Tuesday, but Newcastle have started Friday with a bang.

There are other big moves in the pipeline, with wantaway stars Philippe Coutinho and Anthony Martial soon to make decisions on their futures.

Newcastle are still in the market for a number of players, even as fans revel in Kieran Trippier’s unveiling after signing from Atletico Madrid.

Express Sport will take you through it all, with the biggest stories rounded up below:

Newcastle ‘to bid’ for another centre-back

Even with Kieran Trippier in the bag, it was always highly unlikely that the Magpies would simply kick their feet up.

L’Equipe claim that West Ham’s Issa Diop is their next centre-back target as the likes of Sven Botman appear to have fallen by the wayside.

While he may not carry the prestige of Botman, or the solid reputation of someone like James Tarkowski, Diop was once extremely highly rated before falling out of favour with the Hammers.

£10million is supposedly the offer in waiting as the Toon embark on another action-packed day.

Anthony Martial has supposedly told Man Utd boss Ralf Rangnick that he would be keen on a move away this January.

The Frenchman has failed to make his mark this season, and at 26-years-old, understandably feels as though the next stage of his career should be spent elsewhere.

Sevilla supposedly came in with an offer that the Red Devils turned down, but Newcastle and Barcelona are supposedly keen.

Developments on his future seem inevitable this month – it remains to be seen whether more of them will come today.

Philippe Coutinho has ‘made a decision over his future’

Strap on your seat belts Aston Villa fans, Sky Sports claim that Philippe Coutinho has already come to a decision on his future and an announcement will be made today.

Another Premier League club is also in the running, with Arsenal, Newcastle and Everton linked in recent weeks.

An 18-month loan deal has been touted as Barcelona attempt to clear space on their wage bill.

Villa boss Steven Gerrard played with the Brazilian at Liverpool, and was not shy in voicing his admiration for the player in Thursday’s press conference.

No prizes for seeing this one coming.

Newcastle United have officially announced the signing of Kieran Trippier, introducing him as ‘the first signing of their new era’.

Indeed, with Saudi riches behind them, many expect the former Atletico Madrid man to be followed by others as the Magpies attempt to avoid the drop.

At 31-years-old, Trippier has been handed a two-and-a-half-year deal, with the fee reported around the £12million mark. 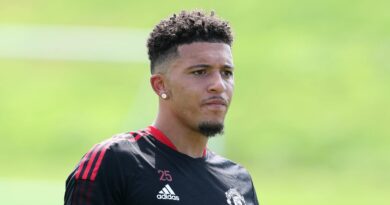 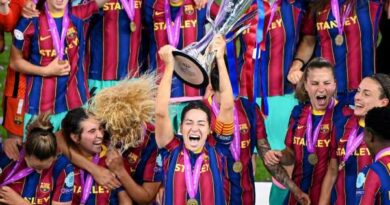