The transfer window may have closed for Premier League teams but it remains open around Europe for another few days at least – and you can follow live coverage of all the latest news and rumours below.

There is still plenty of business left to complete, with Premier League teams still able to sell players. Will the likes of Manchester United’s Paul Pogba, Arsenal’s Mesut Ozil and Tottenham duo Christian Eriksen and Serge Aurier remain at their clubs beyond the current deadline?

The future of Neymar meanwhile remains completely up in the air, with Spanish giants Barcelona and Real Madrid both reportedly keen on the Paris Saint-Germain striker. Follow all of the latest news below:

Maverick forward Mario Balotelli said he was not afraid of failing at Serie A side Brescia and that he was still hoping for an Italy recall as he was officially presented by his hometown club on Monday. 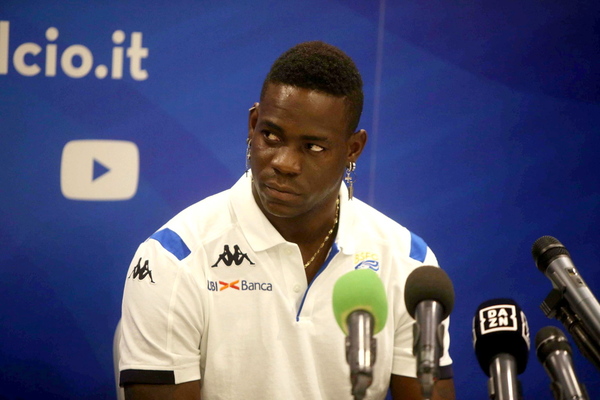 Promoted Brescia became the eighth club of the 29-year-old’s turbulent career when he signed from them on Sunday on a free transfer from Olympique de Marseille.

Dozens of Brescia fans celebrated outside the hotel where “Supermario” gave a 12-minute news conference on Monday.

“I came to Brescia because this is my city, I can’t compare this team to any other. But the goal is also to return to the national team,” he said, adding that his aim was to play at Euro 2020.

“When Brescia’s offer arrived, I didn’t think of anything else. There’s is no fear of failing, I hope to help this team grow as much as possible.”

“I can’t update you more than that.”

He was speaking after a 1-1 draw with Wolves. Read Mark Critchley’s match report here: 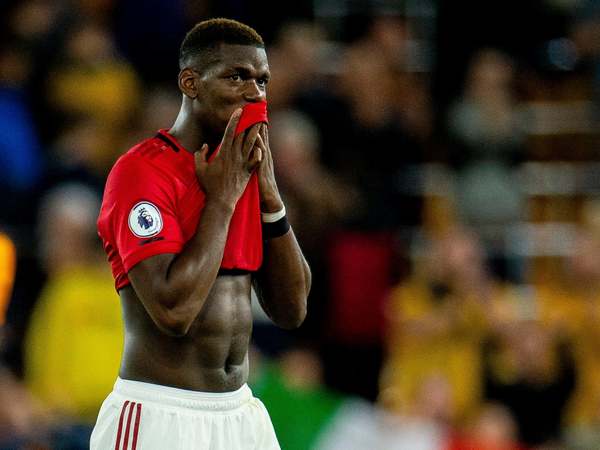 Macclesfield have confirmed the appointment of former Ebbsfleet boss Daryl McMahon as their new head coach.

The 35-year-old took over at Ebbsfleet in 2014 and led the club to promotion and a place in the National League play-offs.

In a statement, Macclesfield said: “Daryl is incredibly passionate and we are all excited to announce him as our new head coach.”

Chelsea defender Kurt Zouma says his return to the club’s starting lineup is the culmination of a three-year struggle when he was seriously injured and then sent out on loan to two Premier League clubs. 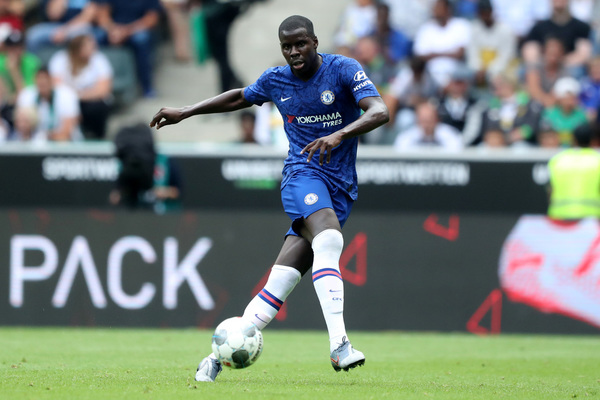 Zouma, who suffered a knee injury in 2016 that sidelined him for nine months, was loaned to Stoke City and Everton in the last two seasons before new Chelsea manager Frank Lampard made him a part of his first team plans.

“It has been a very, very long journey,” Zouma told reporters. “I don’t want to talk about that now, because that is the past but I fought very hard.

“People don’t know, people don’t see but I was in the shadow, working hard to get back because I had a very bad injury. I was off for one year (away from the first team) but people forget that.

“But I always believed in myself. My family was always there behind me and now I’m back here. I’m very happy to play here, I just want to keep going.”

Zouma has started the club’s first three games of the season and although he was below-par in a 4-0 loss in the opener at Manchester United, Lampard has shown faith in the 24-year-old Frenchman as the London side looks for its first win.

“That’s what I wanted,” Zouma added. “I’m in a big club and everyone wants to play. The competition is very hard and there are a lot of talented players, so when you train you have to do it right.

“There are players who came back, like me, and other players, the younger guys who came in. Now we are starting to understand each other. We just need to be more clinical and get the wins.” 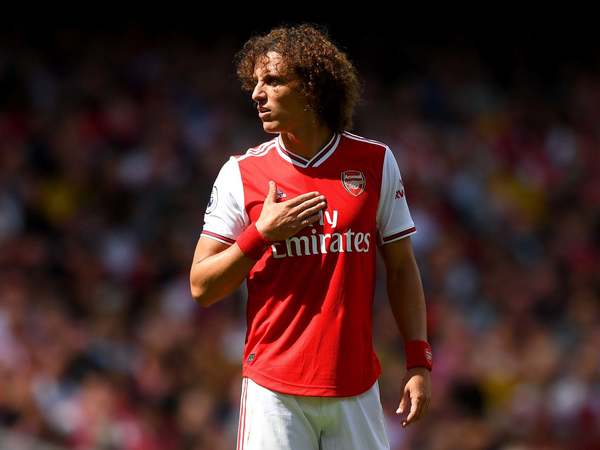 Sokratis reveals his plans for Arsenal partnership with David Luiz 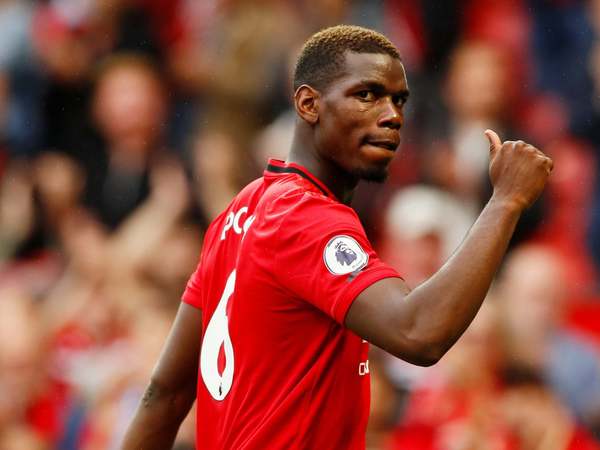 Kurt Zouma is relishing his second chance at Chelsea and is determined to help Frank Lampard’s reign be successful.

The 24-year-old has spent the last two seasons on loan at Stoke and Everton respectively, but is back in the picture at Stamford Bridge under Lampard, who has picked him in his first three games in charge.

Zouma spent much of the summer being linked with a return to Goodison Park, but his focus is now on cementing his place in Lampard’s team.

“I am here. Everything is done now,” he said. “I have to do my job here and I am happy to be here.

“I just want to work hard and play. That’s what I’m trying to do and the most important thing is the team. We need to start winning games.

“I’m not surprised (to be in the team) because that’s what I wanted. I came here and wanted to play.

“I am in a big club and everyone here wants to play. The competition is very hard and you can see in the squad, there are a lot of talented players so when you train, you have to do it right.

“It has been a very, very long journey. I don’t want to talk about that now because that is the past but I fought very hard.

“People don’t know, people don’t see but I was in the shadow, working hard to get back because I had a very, very bad injury.

“I was off for one year but people forget that and don’t see. But me, I always believed in myself.

“My family was always there behind me, supporting me and now I am back here, I am very happy to play here. I just want to keep going.”

Sokratis Papastathopoulos believes he can form as strong a defensive partnership with new Arsenal signing David Luiz as he did with Mats Hummels at Borussia Dortmund.

The Gunners made a surprise move to bring in Luiz from rivals Chelsea on transfer deadline day and he made his debut alongside Sokratis in Saturday’s 2-1 Premier League win over Burnley.

Greece international Sokratis joined last summer but despite some good performances he struggled to help improve an Arsenal defence which again proved to be their Achilles heel.

The no-nonsense 31-year-old will now be hoping to develop an understanding with Luiz and feels their contrasting styles could help form a similar to bond he enjoyed alongside Hummels during their three seasons together in Germany.

“I have known him for a lot of years,” Sokratis said of his new team-mate.

“He also speaks some Greek and is a very good guy. I am happy also that we took a player like him, with experience.

“When I was in Dortmund I played with Hummels, who has the same style as David. It was also a very good partnership and it is very good (now with Luiz).

“It was his first game, it is important that we won and we can go from here.” 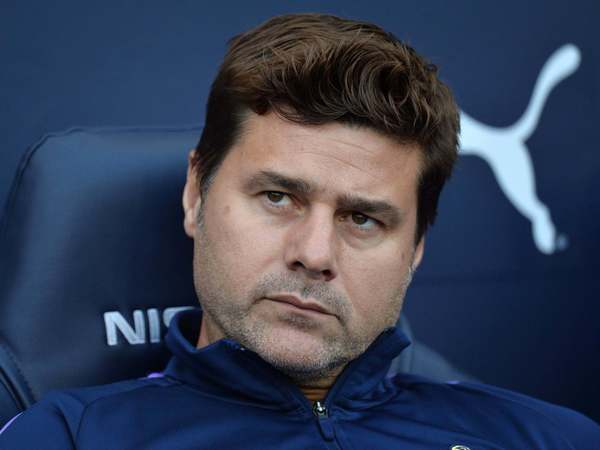 Not many English players try their luck in La Liga but Kieran Trippier joined Atletico Madrid from Tottenham this summer.

The former Burnley right back made his debut as Atletico beat Getafe 1-0 on Sunday and it was his cross which created the goal for Alvaro Morata.

Trippier attacked with abandon and gave Atletico a dangerous outlet on the right flank, with other crosses causing the Getafe defence problems.

There are question marks over the England full back’s quality in purely defensive tasks, but starting with a solid display and a clean sheet at the Wanda Metropolitano was a good way to respond. 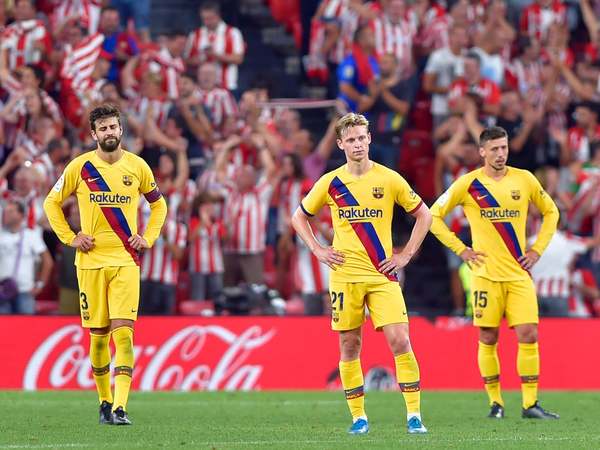 Why Barça only have themselves to blame for their slow start

Italy’s Serie A is the next big transfer deadline. The Italian window shuts on 23 August.

The transfer window in La Liga, the Bundesliga and Ligue 1 meanwhile shuts on 2 September.

For a comprehensive review of the English transfer window: click here.