Liverpool plan to tie Joel Matip to a new deal to reward him for establishing himself as Virgil van Dijk’s partner in the heart of defence.

Matip has fended off competition from Joe Gomez to ensure he’s the man Jurgen Klopp turns to to play alongside Van Dijk.

He is out of contract at the end of the season, meaning he could arrange a deal with a foreign club from next January.

The Athletic, however, report Liverpool are keen to keep hold of Matip and want to reward his progress with fresh terms. 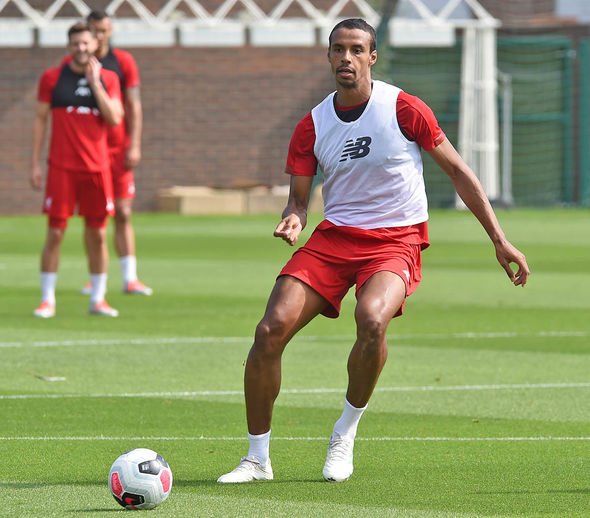 09:30 UPDATE: Why Arsenal got rejected

Joachim Andersen has lifted the lid on why he snubbed interest from Arsenal to head to Lyon this summer.

“There were good clubs [interested], but Lyon was the best choice for me,” Andersen said. “I wanted to develop as a player, play the Champions League, be in a top team that fights for the title and Lyon was the best solution.”

Andersen had excelled during his time at Sampdoria, putting him on the wish list of Arsenal boss Unai Emery.

However, his decision to go to Lyon saw the Gunners end up with veteran former Chelsea centre-back David Luiz instead. 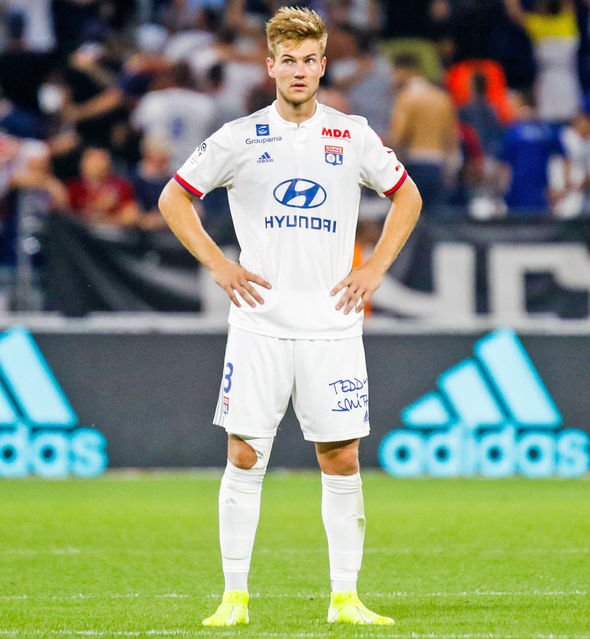 Liverpool have turned down an offer from Fiorentina as they look to keep young forward Bobby Duncan on Merseyside.

Duncan is one of the Reds’ most highly-rated prospects and netted 25 goals for their Under-18s side last term.

He is on Fiorentina’s radar, with a loan offer with an option to buy having been slapped in by the Serie A side.

The Liverpool Echo claim, though, that the bid, which could have led to a £1.6m (€1.8m) permanent move, has been rejected. 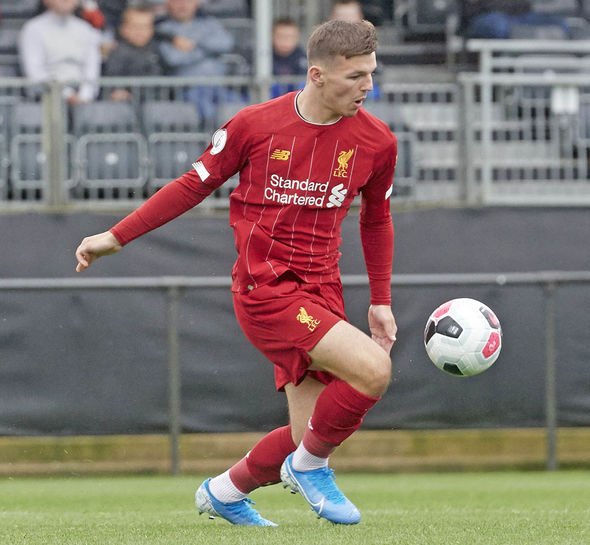 Paris Saint-Germain have dropped a clue they expect Neymar to remain at the club beyond the close of the transfer window.

The French giants have included their talismanic world-record signing in promotional imagery for the new season.

Neymar can be seen wearing a varsity jacket from PSG’s collaboration with Nike’s subsidiary brand, Jordan.

The image may have been taken some time ago, but PSG’s decision to use it on Instagram suggests they think he’s going nowhere. 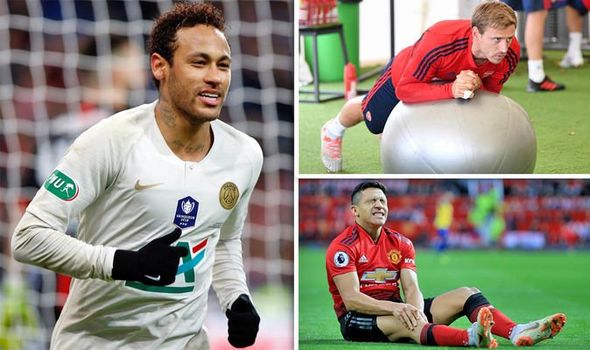 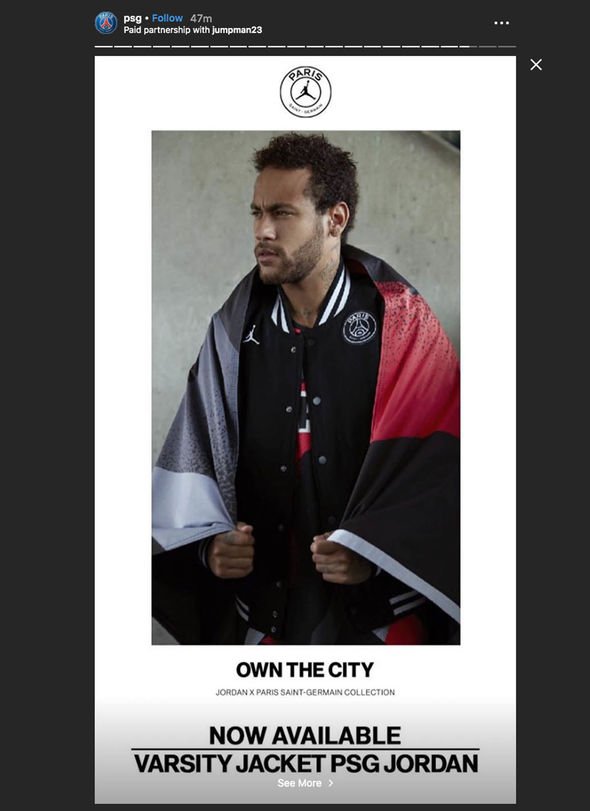 “I don’t really want to speak about it because nothing is happening on it,” Gerrard said. “There’s been no change or developments since the last time we asked Liverpool and were told there wouldn’t be a loan situation. Nothing has changed on it.

“I made it pretty clear over the course of 12 months working with Ryan how highly I rate him, so I’d never shut the door on any player and certainly top players but I have to understand, respect and appreciate the situation of his parent club, who were obviously very helpful in giving him to us in the first place.

“If you’re told no, you have to accept the answer is no until there’s ever a time that changes. Where we stand right now that hasn’t changed.” 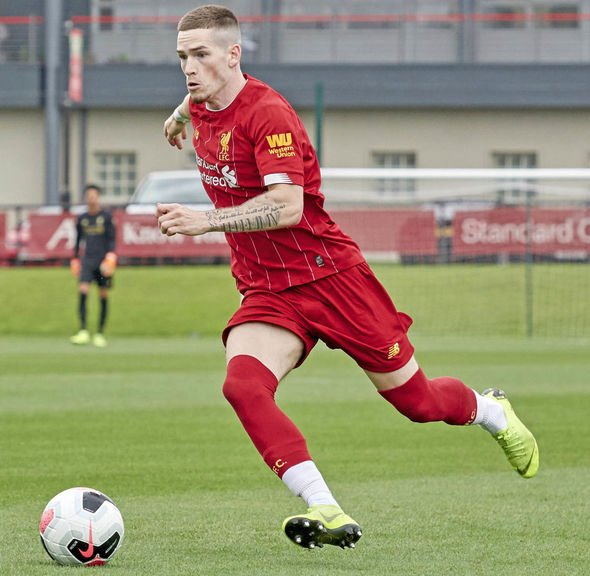 Former Chelsea academy prospect Domingos Quina has lifted the lid on his decision to leave the Blues back in 2016.

“I was 16 when Chelsea offered me a pro deal,” Quina said. “But I was seeing older players who I thought were really good – like Nate [Chalobah], Jeremie Boga and Charly Musonda – not playing in the first team so I decided maybe it was better to go somewhere else where I’d have more chance of playing.

“It was brave but I will always back myself and if something comes to mind I just do it and see what happens. That’s when I decided to go to West Ham.” 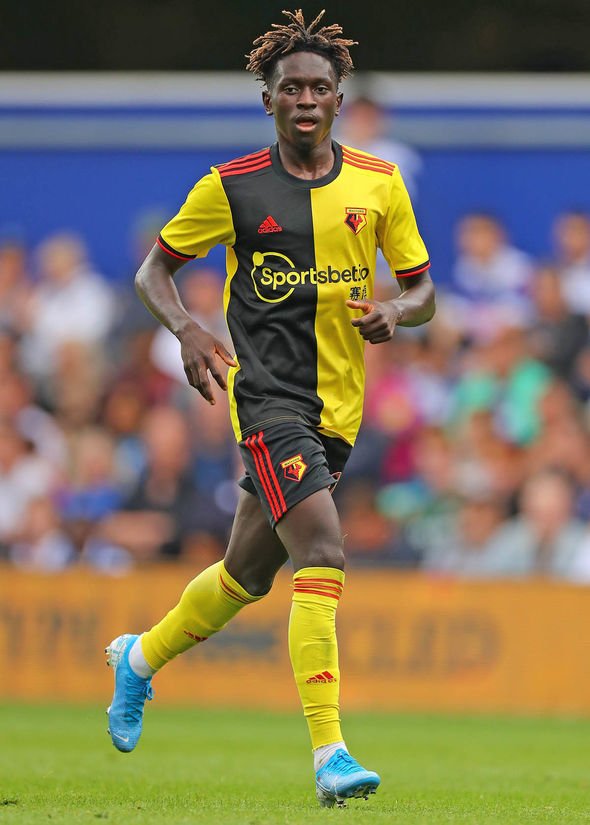 Manchester United hero Zlatan Ibrahimovic has opened the door to making a stunning return to the Premier League with the Red Devils.

“The lion still roars, yes. I could still play easily in the Premier League,” Ibrahimovic said. “If United needs me, I’m here.

“But right now [LA] Galaxy has me and that’s what I’m concentrating on. I did my job in Europe. I enjoyed it.

“I have 33 trophies that I brought with me and hopefully I can win something here and then we will see where I finish.”

Ibrahimovic won the League Cup and Europa League during his time at United, with his goals ensuring his earned a place in the hearts of many United fans. 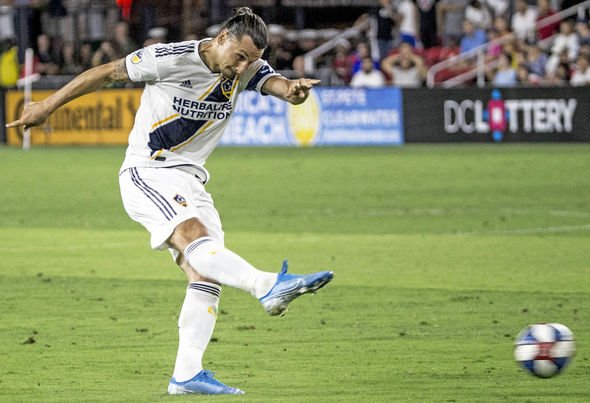 Former Rangers assistant manager Ian Durrant reckons the Gers will have to see Celtic streaking to more titles if they let go of Alfredo Morelos.

“It’s everything,” Durrant said on keeping Morelos. “For both sides of the Old Firm, and if you look at Aberdeen with [Scott] McKenna, it’s important that any team keeps their best players.

“Rangers are going for everything this year now. They are in a good place in Europe, second behind Celtic on goal difference, and Gary McAllister was saying they have a squad to compete on all fronts.

“The manager was saying there might be a bid coming in for [James] Tavernier or Morelos so he will be wanting to fend that off and keep the strongest squad squad as he can.

“Hopefully it will be quiet and Rangers can keep him, because if Rangers want to win things, they will need Alfredo Morelos this year.” 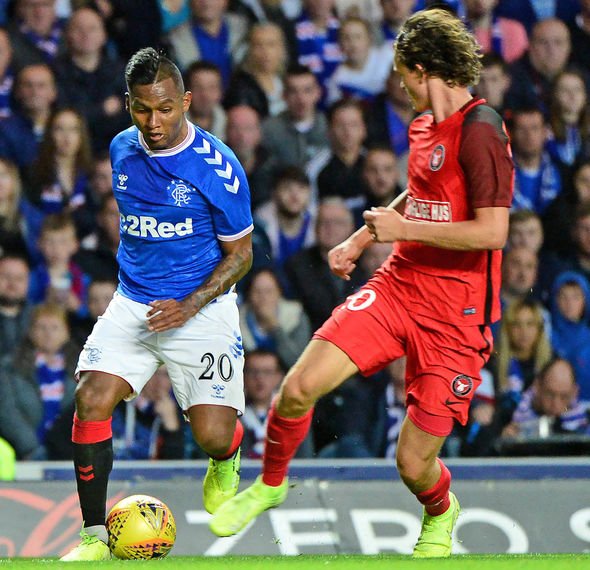 Arsenal defender Nacho Monreal is being chased by Real Sociedad ahead of Friday night’s Basque derby against Athletic Bilbao.

Express Sport revealed on Tuesday that the La Liga side want to get a deal wrapped up as soon as possible so they can integrate him into their team.

Sociedad have offered Monreal a contract which could keep him in San Sebastian until 2022 and want him to train with them on Wednesday and Thursday if possible.

Whether Arsenal will sanction a deal remains to be seen, with Unai Emery potentially needing the veteran in the absence of Kieran Tierney. 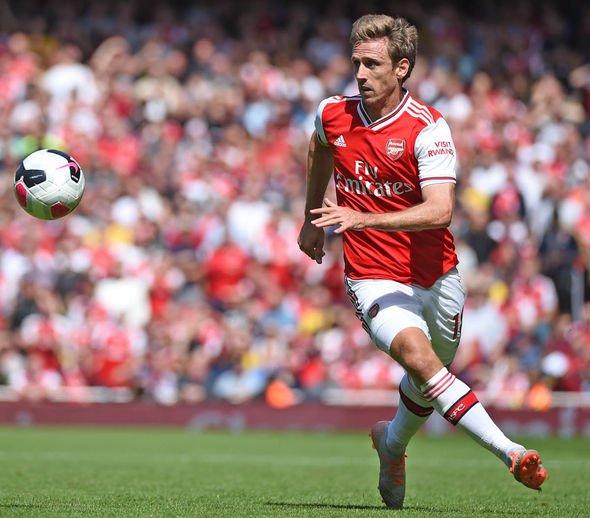 Paris Saint-Germain star Neymar has informed Leonardo that Barcelona are the only club he wants to join in a blow to Real Madrid’s transfer hopes.

Neymar is high on Real and Barcelona’s wish lists with less than seven days to go before the transfer window closes over in Spain.

The wantaway forward is, though, determined to head back to Barcelona, according to the latest report from Goal.

Neymar’s disregard for Real will leave Florentino Perez at a loss, with the Bernabeu president having already missed out on his signature before. 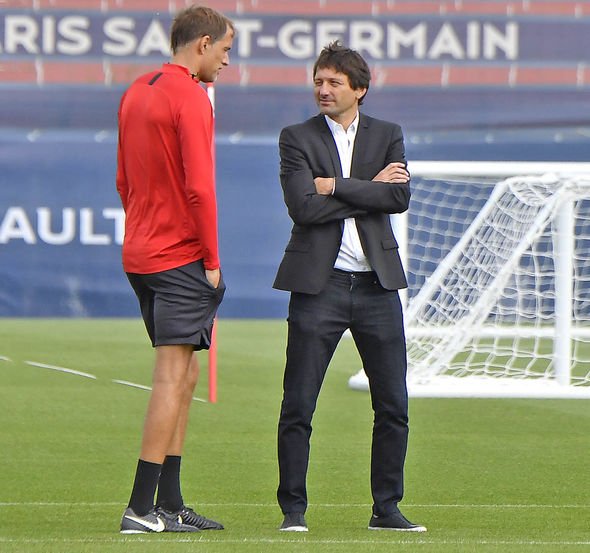 Manchester United are set to move on Alexis Sanchez with the flop winger on the verge of going on loan to Inter Milan.

Sanchez has endured a torrid spell since swapping Arsenal for United in a deal that saw Henrikh Mkhitaryan head the opposite way last January.

Ole Gunnar Solskjaer’s eagerness to focus on young players and bring through prospects has pushed him further to the fringes.

United chiefs have worked away behind the scenes to get a switch lined up, with Inter poised to loan Sanchez until the end of the season. 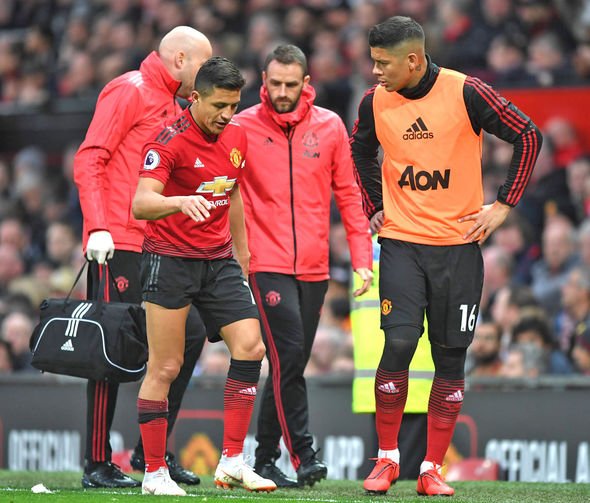 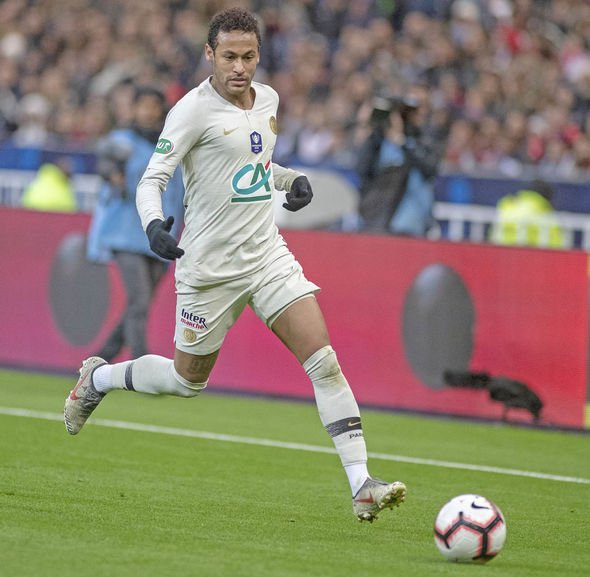 Barcelona ace Gerard Pique has confirmed he has been in touch with Paris Saint-Germain’s Neymar over a return to La Liga.

Barcelona want the Brazil international back two years after he acrimoniously quit the Nou Camp in a world-record £200m move.

And Pique says he and his former team-mate have been in touch – although he was reluctant to disclose details of their conversation.

“We have spoken yeah,” Pique told Express Sport, when asked if he had discussed Neymar’s potential transfer with the wantaway PSG star. “But obviously it is a private conversation.”