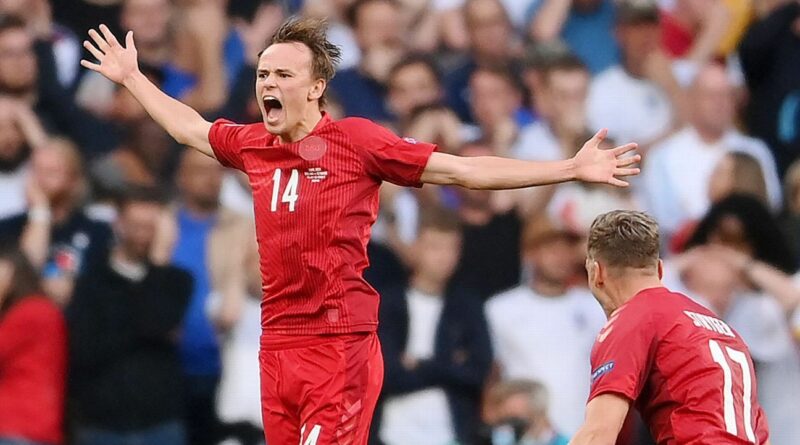 The summer transfer window is into its final days for the major European leagues, which means the biggest clubs are looking to make a splash in the market while they still can. Check out the latest gossip below, and see all official deals here.

Liverpool, Tottenham Hotspur and AC Milan all hold a strong interest in Sampdoria winger Mikkel Damsgaard, as has been reported by the Daily Star.

The 21-year-old had an incredibly impressive tournament while representing Denmark at Euro 2020 — with his free-kick against England likely helping to capture the aforementioned Premier League clubs’ attention.

Despite it being late in the window, Liverpool could still make a move for him after Xherdan Shaqiri joined Lyon, while there is still a possibility that Divock Origi and Takumi Minamino could also depart.

There is also a period in which they could be without Mohamed Salah and Sadio Mane due to the African Cup of Nations next January — an absence that Damsgaard could help to appease.

Spurs are already looking busy in the latter stages of this transfer window, as sources tell ESPN they are interested in Emerson Royal from Barcelona, but are seemingly looking to make a further addition in the attacking areas.

Finally, AC Milan have been on the lookout for attacking talents following Hakan Calhanoglu’s departure to bitter rivals Internazionale — though they are also looking at FC Porto’s Jesus Corona and Brest’s Romain Faivre.

– AC Milan’s Samu Castillejo has a decision to make ahead of the pending transfer deadline, according to Calciomercato. Their report claims that the Spaniard is the subject of interest from La Liga sides Getafe and Real Sociedad. There has also been a late attempt from Sampdoria to enter encroach on the deal.

– Marc Cucurella is in England and has completed his move from Getafe to Brighton & Hove Albion, reports Fabrizio Romano. It is stated that the Premier League side activated the Spaniard’s €18 million release clause and that a medical has already been completed.

– Barcelona are hoping to offload Brazilian goalkeeper Neto to Villarreal, as has been reported by Diario Sport. The 32-year-old is keen to depart in search of more regular first-team minutes, with Marc-Andre ter Stegen currently blocking his path. Barcelona have said they want €8m or the stopper will be staying.

– The Daily Mail reports that Everton boss Rafa Benitez is keen to be reunited with Salomon Rondon, whom he worked with at Newcastle United and Dalian Yifang. However, a deal could prove complicated, as the striker would need to surrender the money he is owed by the Chinese outfit to make the transfer happen.

– Marseille and Lille are among the clubs showing an interest in AS Roma midfielder Steven N’Zonzi, reports Foot Mercato. Roma manager Jose Mourinho is keen to get the Frenchman off the wage bill, so the move is probable. N’Zonzi now needs to decide who he would prefer to join.

— Lyon have cooled their interest in the Zenit Saint Petersburg striker Sardar Azmoun and have turned their attention to Montpellier’s Gaetan Laborde, as has been reported by Foot Mercato. West Ham United, Stade Rennes, Sevilla FC, Villarreal and even Zenit have all looked at the 27-year-old Laborde without making an offer. It is suggested that Lyon will need to exceed a €20m bid to sign the forward.

‘Really, really calculated’: Milicic announces himself to the Matildas

Sunday Supplement give their reaction to Raheem Sterling post