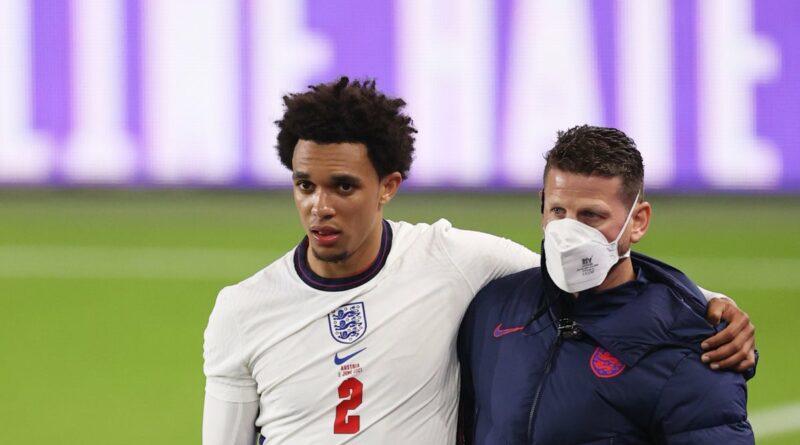 Trent Alexander-Arnold has been ruled out of Euro 2020 after sustaining a thigh injury in England’s friendly against Austria on Wednesday night.

The Liverpool right-back limped off in the final minutes of the 1-0 victory in Middlesbrough and later underwent a scan, which revealed he will not be fit enough to compete at this summer’s rescheduled tournament, as first reported by The Athletic.

England’s Euros campaign begins at Wembley Stadium next Sunday as Gareth Southgate’s side take on Croatia,

England are due to play another warm-up game this Sunday as they take on Romania, and Southgate suggested on Wednesday evening that he would wait until that fixture has been played before bringing in a replacement for Alexander-Arnold – should the 22-year-old’s injury prove severe enough to rule him out of the Euros.

That fear has now been confirmed, and the FA reiterated in a statement on Thursday night: “Gareth Southgate will not confirm a replacement until after Sunday’s return to the Riverside Stadium for the warm-up fixture against Romania.”

Much was made of Alexander-Arnold’s potential inclusion in the group, with Southgate saying after Tuesday’s squad announcement that he had told the Liverpool defender “three weeks ago” that he was guaranteed a spot.