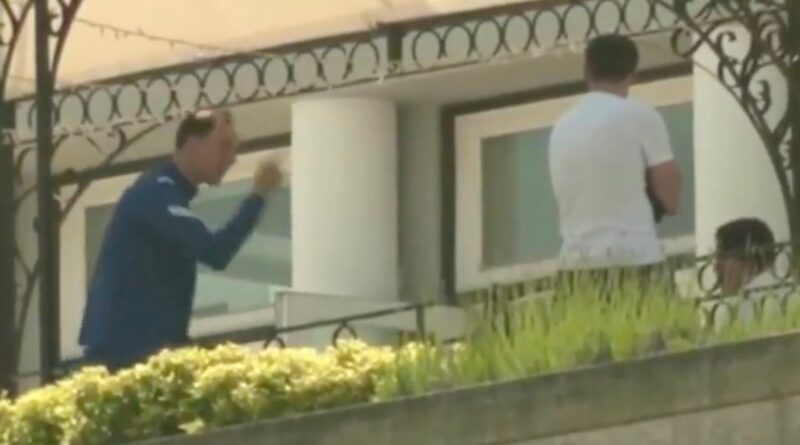 Thomas Tuchel has left the Chelsea squad and fans in stitches with his epic Pep Guardiola impression – before he spotted the cameras.

The German is looking to secure his first title at Blues boss since taking over in January with a win in the Champions League final against Manchester City.

Having beaten the Premier League champions in the top flight and the FA Cup semi-final, the 47-year-old has been able to get familiar with his European opponents.

And footage has emerged of Tuchel showing he has picked up a lot from Guardiola on the sidelines – by doing an impression of his rival.

In the clip, the Chelsea boss is on an open balcony with some of the coaching staff in Porto where the Champions League final will take place on Saturday.

The German puts on an energetic display, pulling at his jacket while waving his arms around in the air.

Tuchel can be seen speaking rapidly, moving his arms as if to correct a staff member while also tapping fiercely at his own forehead.

With the German’s team laughing, he suddenly looks out to the distance – and sees a camera which has caught all the action.

But the 47-year-old sees the funny side of the situation, giving the camera a cheeky wave before returning to talk of the Champions League final.

This footage was shared on Twitter, where the Blues faithful were left in stitches.

“I love Tuchel so much,” one supporter said.

Another commented: “Tuchel is so jokes!”

While a third added: “Looks like Tuchel is having the time of his life in Porto.”

Tuchel has only lost five of the 31 matches he has managed for Chelsea, taking over from Frank Lampard in January with the club ninth in the Premier League table.

He first saw off City in the FA Cup semi-final, with a Hakim Ziyech goal the difference in a 1-0 win at Wembley before losing to Leicester.

While Marcos Alonso secured a late win at the Etihad Stadium weeks later, stalling the title celebrations in the north west.

It is also Tuchel’s second time in the Champions League final, having led PSG to the European final last season where they lost 1-0 to Bayern Munich.

READ MORE:Thomas Tuchel was a Tom Cruise wannabe and is now concocting his own cocktail of success 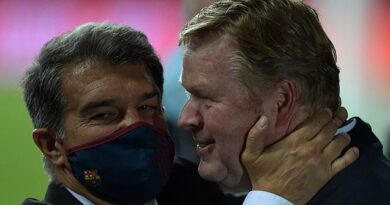 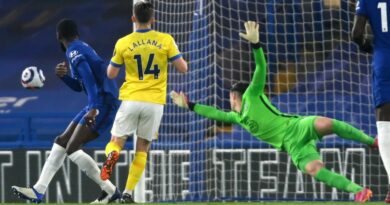