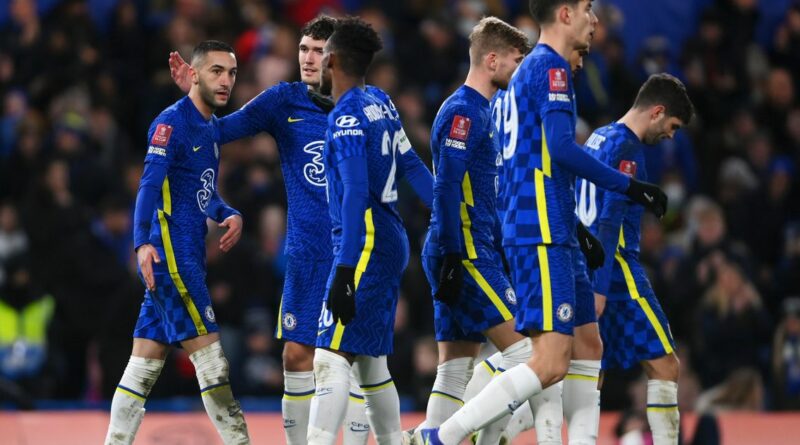 Chelsea eased their way into the FA Fourth Round with a comfortable 5-1 win over National League side Chesterfield.

Timo Werner’s sixth minute tap-in got the Blues off to the perfect start with an easy tap-in, before Callum Hudson-Odoi’s wonderful 25-yard effort, Romelu Lukaku’s sweeping finish, and Andreas Christensen’s looping header put Chelsea out of sight before half-time.

In the second-half, Hakim Ziyech got himself on the score sheet from the penalty spot to add extra gloss for last season’s runners up. Akwasi Asante gave the travelling Chesterfield fans something to remember, latching onto rebound before passing into an empty net.

Tuchel’s boldest decision of the evening was to hand 17-year-old Lewis Hall his Chelsea debut at Stamford Bridge.

But it was an inspired decision from the German, as the youngster capped off a calm, but tenacious performance with a fantastic assist for Lukaku’s goal.

Hall marauded forward and won the ball back high up the pitch, before finding Lukaku in the penalty area with an inch-perfect cross the Belgian simply could not miss.

With Chelsea facing a terrifying exodus in the full-back areas, having lost Reece James and Ben Chilwell to injuries, there is no reason why Hall should not be in contention to fill in for the England internationals

HAVE YOUR SAY! Who do you think will win the FA Cup this season? Comment below

Injuries and Coronavirus has side-lined Mateo Kovacic for most of the season, but you never would have thought it with this performance.

The silky Croatian covered every blade of grass for the Blues, starting attacks with his excellent ball-carrying, while also providing a defensive safety blanket for his defence.

While Jorginho and N’Golo Kante always seem to receive the plaudits, Kovacic always seems to bring the best out of all his midfield partners.

And the former Real Madrid and Inter Milan may have perhaps laid down the perfect marker, that he should be the first choice on the Blues’ team sheet.

The Atletico Madrid loanee has struggled to acclimatise to life at Stamford Bridge since arriving in the summer.

However, his classy and disciplined performance suggests he is finally recovering his confidence and his form.

Saul connected the Blues defence and attack perfectly, finding space in-between the Chesterfield defence and midfield, while also ensuring he was in plenty of space to receive the pass.

Greater challenges obviously beckon for the former Spanish international, but if he maintains the good run of form he finds himself in, he will certainly be equal to them.

Werner got the ball rolling for the Blues with a simple finish after six minutes.

The German forward’s struggles in front of goal have continued this season, but he was a constant menace alongside Lukaku.

While a potential partnership with the £97.5m summer signing is still a working progress, they showed plenty of promise at Stamford Bridge.

Both players’ seasons have been disrupted by injuries and bouts with Coronavirus, but the more they play and train together, the sooner an effective partnership will blossom.

Five managers have entered the Chelsea dugout since Lewis Baker made his last appearance for the Blues in 2014.

But after loan spells with Sheffield Wednesday, MK Dons, Vitesse Arnhem, Middlesbrough, Leeds United, Reading, FC Dusseldorf, and Trabzonspor, the Englishman was back in Chelsea blue.

And he enjoyed a smooth and steady display on the right-side of Chelsea’s back three.

Tuchel’s terrifying injury exodus in the backline has forced him to consider any and every possible defensive option in his side.

Baker has been within the Chelsea development systems since the age of nine-years-old, and if he is able to replicate his performance in any future matches, he may finally be given a run of matches in the first-team. 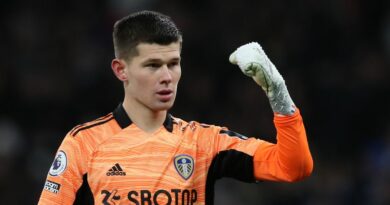 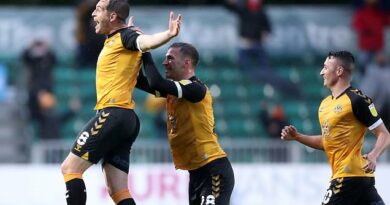