Home » Soccer » Tuchel: Ziyech 'suffers' due to Chelsea's quality ahead of him 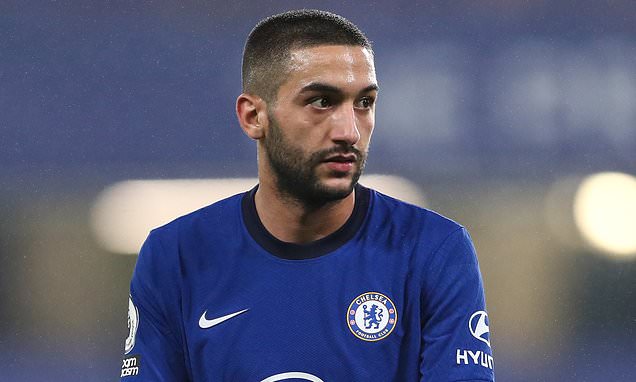 Hakim Ziyech ‘suffers at the moment’ due to the quality of Callum Hudson-Odoi, Mason Mount and Christian Pulisic, says Thomas Tuchel as Chelsea boss admits it’s his ‘fault’ winger has started just twice under him

Hakim Ziyech faces a battle to break into Chelsea’s first-team due to the form of Mason Mount, Callum Hudson-Odoi and Christian Pulisic, says manager Thomas Tuchel.

Ziyech has only started one Premier League match under the new Blues boss – and that was his first game in charge in a goalless draw against Wolves.

Since then the 27-year-old was omitted from their squad as they won 2-0 at home to Burnley and was an unused substitute during wins against Tottenham and Sheffield United and Newcastle United. 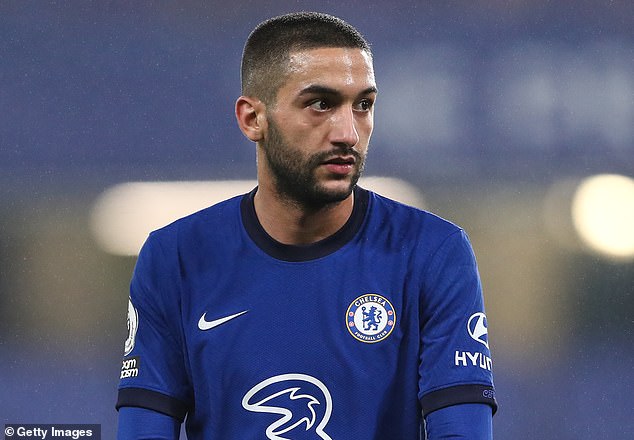 He finally started once more for Tuchel during their 1-0 FA Cup fifth-round win at Barnsley but was substituted during the second half.

The Moroccan was expected to play an integral part for Chelsea following his arrival from Ajax in the summer but Tuchel says he will get his opportunity eventually.

‘It is my fault he is not playing much at the moment that I have picked Mason, Callum and Pulisic sometimes. These are hard decisions to make but it is a good thing because it means we have quality.

‘There are some decisions for other players that means Hakim suffers at the moment.

‘I can understand so it is my responsibility in this case that he cannot show more. When I look at the rhythm and schedule for the next days I am sure we will need all of our players.’

Ziyech joined Chelsea in a £37.8million transfer from Ajax and has made 19 appearances so far in all competitions, scoring twice.

He will be hoping to add to both tallies on Saturday when the west London outfit travel to Southampton in the Premier League on Saturday at 12.30pm.

Notebook: Duncan Ferguson will be vital to Carlo Ancelotti’s start at Everton