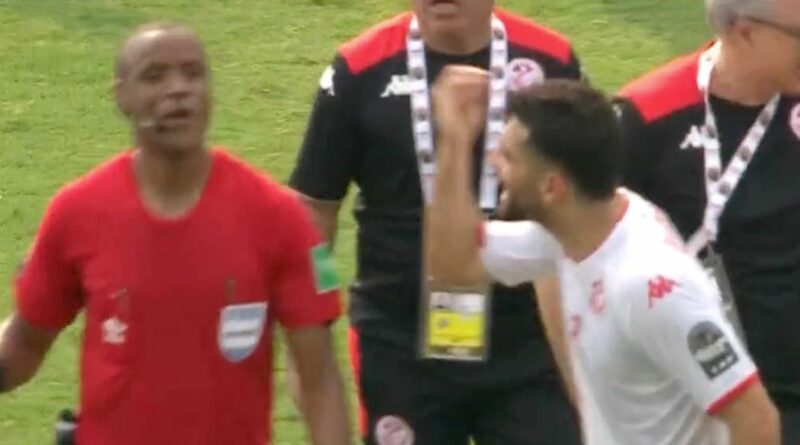 A referee at the Africa Cup of Nations has infuriated the Tunisian coaching staff after mistakenly blowing his full time whistle early twice in their loss to Mali.

Zambian official Janny Sikazwe first blew for full time in the 85th minute, before realising his mistake and quickly restarting the match.

However, he then blew to end the match early once again as he signalled for full time 15 seconds prior to the 90th minute mark, cueing a furious reaction from the Tunisia bench.

No stoppage time was played, despite their being several VAR checks, two penalties and a red card during the second half.

As both clubs sat in their changing rooms after the match, they were ordered to return to the field to complete the stoppage time that had been missed.

Mali returned to the pitch immediately – but neither Tunisia players or the initial referee could be seen.

Mali had taken the lead just minutes into the second half through penalty from Ibrahima Kone, which ultimately proved to be the winner.

Tunisia had been given the opportunity to level the score in the 77th minute after they were awarded a penalty.

However, former Sunderland winger Wahbi Khazri was unable to convert and saw his spot-kick saved.

After he had restarted the match following his first premature whistle blow, Sikazwe sent off Mali forward El Bilal Toure.

The VAR official urged the referee to consult the pitchside monitor and reconsider his decision, however, after watching back the incident on the screen, Sikazwe stuck with his on-field decision.

He then blew for full time seconds before the end of the 90 minute and before his fourth official was able to signal how much stoppage time was set to be played.

This cued a furious reaction from the Tunisia bench, with members of their coaching staff storming the field to confront the referee.

Fans also quickly took to social media to comment on the bizarre scenes with one fan writing: “This might be this referee’s last game at the AFCON.”

Another furious fan added: “This AFCON match they just finished, the referee should be banned forever!”

The officiating at the tournament has come in for criticism since the tournament started on Sunday, including during the opening match, when a flying two-footed tackle escaped a red card. 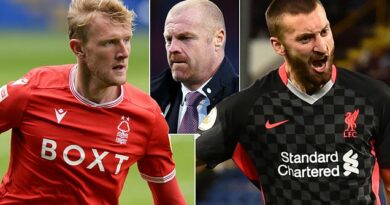