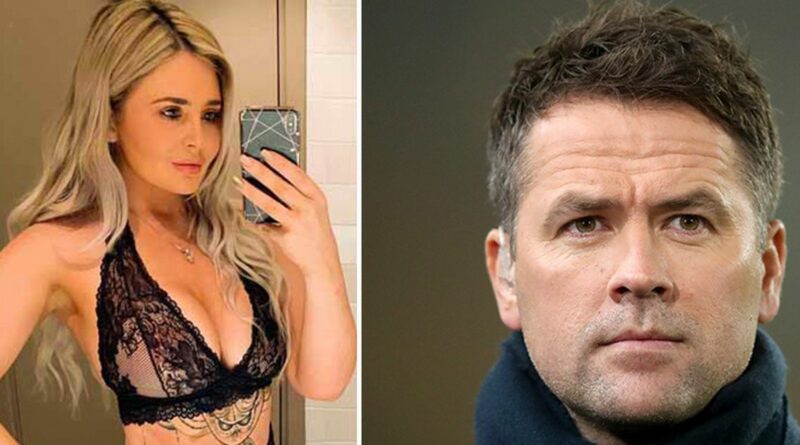 Rebecca Jane, the TV reality star at the centre of the recent Michael Owen sex text scandal, has admitted "I shouldn't have done that".

Married England icon Owen allegedly told the ex-Big Brother contestant to send him 20 topless pictures, instructing the mother-of-two to "leave nothing to the imagination".

The Mirror reported Owen sent hundreds of texts to Jane and is believed to have told her he viewed one of the images, in which she was wearing a see-through top, a staggering 65 times.

Jane has now spoken out on the scandal, and though she never names Owen, she does reference an England footballer and admits she was initially "flattered by the attention".

Writing for Burnley Express, Jane put: "When things became a little more serious, I backed out. I made a catalogue of errors in this whole situation.

"I sent photographs to a married man. I shouldn’t have done that. I should have kept communications platonic.

"I’ve heard a lot of people tell me over the past couple of weeks that ‘you were the single one, it wasn’t your responsibility’.

"I think in my subconscious I believed that too, at the time. Looking at it now, I had a moral duty to just be a decent person and not cross that line with someone who is married.

"But ultimately, I should have kept the communication between ourselves, because speaking to other people led to the story ending up on the front of a national newspaper."

Owen reportedly started following Jane, who entered the Big Brother house back in 2017 and regularly appears as a guest on ITV show This Morning, on Twitter back in March before they began exchanging messages.

During one of his trips away from home, Owen allegedly asked her for more pictures, saying: "Come on then, fire them through. It’s a long boring trip to London so I need something to do… leave nothing to the imagination. And I’ll advise on the suitability of them for social media – hopefully none of them are suitable.”

After she obliged, the ex-England ace said: “Tremendous by the way.”

Owen has spoken publicly about his life and marriage in the past having tied the knot with childhood sweetheart Louise Bonsall back in June 2005.

The BT Sport pundit revealed in 2014 that he was “staring into an abyss called divorce” following the end of his football career.

But after undergoing marriage counselling he said five years later: "Now that my life-changing liaison with the idea of splitting up with Louise and the family in 2014 has passed, I’m pretty sure everyone who knows me will say that I’m now a completely different person – in the best possible way.”