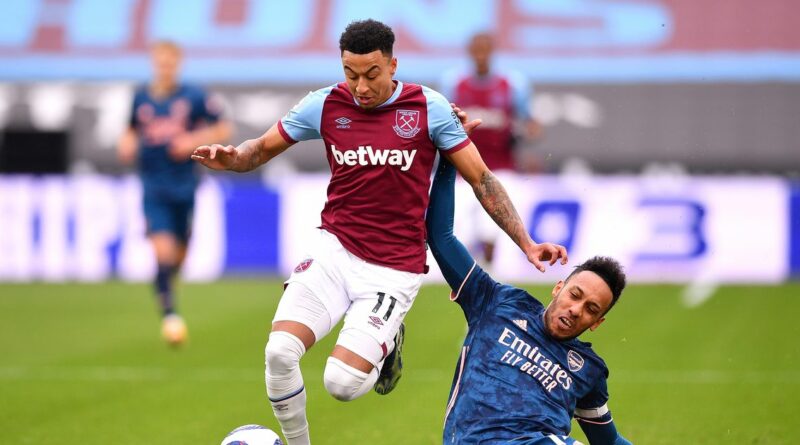 Arsenal put in an astonishing second-half performance to fight back from two goals down and snatch a draw in their Premier League visit to West Ham.

Mikel Arteta’s men had the chance to cement themselves in the top-half, but were left shell-shocked after conceding three goals in 35 first-half minutes.

The Gunners made six changes, but they were blown away by goals from Jesse Lingard, Jarrod Bowen and Tomas Soucek.

But Alexandre Lacazette pulled one back before Craig Dawson put the ball into his own net to give the visitors hope, with Lacazette snatching a point in the final 10 minutes.

Arsenal have been hit by a series of defensive lapses in recent games, but Arteta’s attempts to correct them failed to pay off at the London Stadium.

Arteta made two chances to his backline from the defeat to Olympiakos, with Calum Chambers replacing Hector Bellerin and Pablo Mari coming in for Gabriel.

But the Gunners were still all at sea in defence, with all two of West Ham’s three first-half goals seemingly preventable.

First, the visitors were caught out by Lingard’s quick free kick which released Bowen to fire in, before Vladimir Coufal was allowed plenty of time to cross in for Soucek to convert Michail Antonio’s header.

Aubameyang on the wing

Arteta said before the game that Arsenal need to start converting their chances if they are to win games, so opted to start Lacazette through the middle.

That left Pierre-Emerick Aubameyang playing on the left wing, but the Frenchman was barely involved in Arsenal’s disastrous first half.

Aubameyang even switched sides with Saka in an attempt to get onto the ball, but even that did not work, with the 31-year-old having no dribbles or shots in the opening period.

After such an abysmal first-half, many would have expected Arteta to ring the changes at the break, especially with so many quality options at his disposal.

But despite being totally outplayed for much of the opening 45 minutes, the Arsenal boss opted to not call on any of subs.

And it proved to be an inspired decision, with Dawson putting Chambers' cross into his own net before Lacazette completed his double in the final 10 minutes.

READ MORE: Arsenal and Tottenham approached over Lucas Vazquez as he seeks move to London 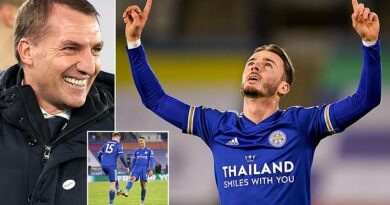