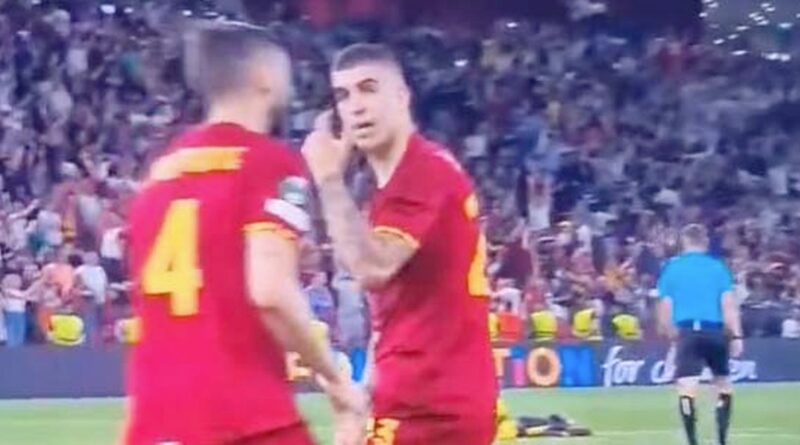 Gianluca Mancini and Bryan Cristante looked like they were ready to fight just moments after Roma won their first major European trophy.

Roma overcame a defiant Feyenoord at Arena Kombetare in Tirana, Albania, after a brilliant first-half display. Nicola Zaniolo's goal was enough to separate the two sides after some heroics in the Roma goal by Rui Patricio.

However, as celebrations started on the pitch moments after the full-time whistle there was a bizarre moment between Mancini and Cristante. Mancini picked Cristante off the turf before shoving his teammate away and appearing to slap him around the back of the head before walking off.

In another clip, Mancini also appears to punch another teammate, Felix Afena-Gyan.

Roma have collected their medals, and are on their way around the pitch, when Afena-Gyan stands next to Mancini. The pair start to joke before Mancini appears to shove Afena-Gyan away before throwing what looks like a punch.

Afena-Gyan said after the incident: “It wasn’t serious. We joke and fight at the same. That’s how he is. It’s normal..nothing serious.”

What do you think of the incident? Let us know in the comments section Mancini said after the game: “Bryan [Cristante] is great. He’s quiet, but when it comes to the pitch he leads by example.

“When he’s not available we can all feel it. He’s pivotal for us in the middle of the pitch.” 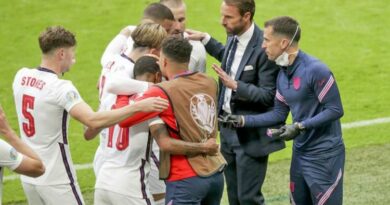 Rondon has another transfer decision to make as Newcastle, Wolves and West Ham circle 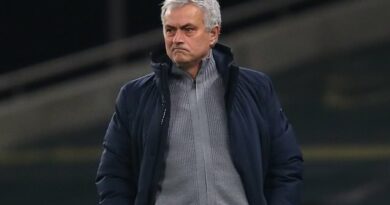