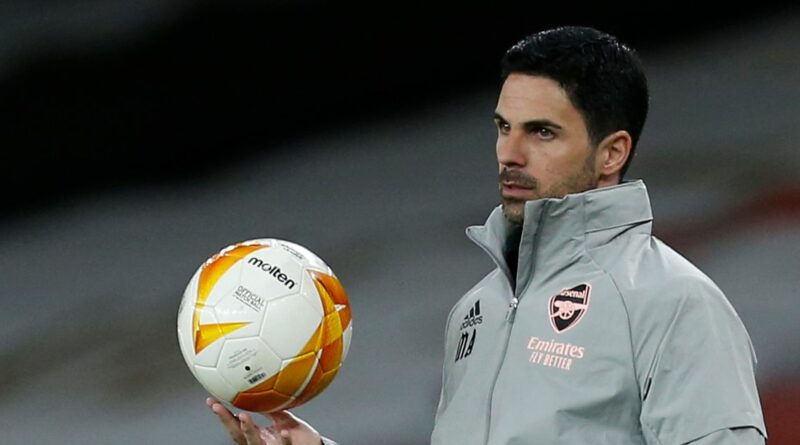 Arsenal were held to a 1-1 draw in the first leg of their Europa League quarter-final clash with Slavia Prague.

Nicolas Pepe thought he had secured a vital win for the Gunners when he came off the bench and sent the ball trickling over the line with three minutes remaining.

But that was before even more late drama ensued at The Emirates, with Tomas Holes converting a last-gasp equaliser for Slavia deep into stoppage time.

Mikel Arteta's men were made to pay for another sluggish performance in north London, and Daily Star Sport have picked out two things he got wrong and one he got right on the night.

While he's hardly enjoying a stellar season, Aubameyang is still Arsenal's top scorer this term with 14 goals in 32 games.

Thus, Arteta's decision to drop his captain to the bench for such a pivotal outing, and with little else to play for in other competitions, was an unusual one to say the least.

Up against a Slavia defence lacking in pace, the Gabon international could have caused a threat and helped make it a more comfortable night's work.

It really doesn't sound great for Arteta when noting that he replaced his top goalscorer with a man yet to score in 30 games for the Gunners.

Willian endured another miserable outing against Slavia, failing to provide any meaningful contributions in the final third before being replaced late on.

The Brazilian is proving a nightmare signing for Arsenal, even if it cost them nothing in transfer fees.

One thing he got right

As soon as Arteta introduced Aubameyang, Gabriel Martinelli and Nicolas Pepe, his side upped the ante and produced their most dominant spell of the night.

The Arsenal captain came extremely close to breaking the deadlock just a few minutes after entering the fray, before Pepe found the breakthrough with 87 minutes on the clock.

Yet just as it seemed Arteta's inspired substitutions had worked wonders, Holes netted a dramatic leveller right at the death.