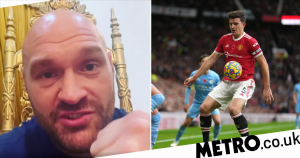 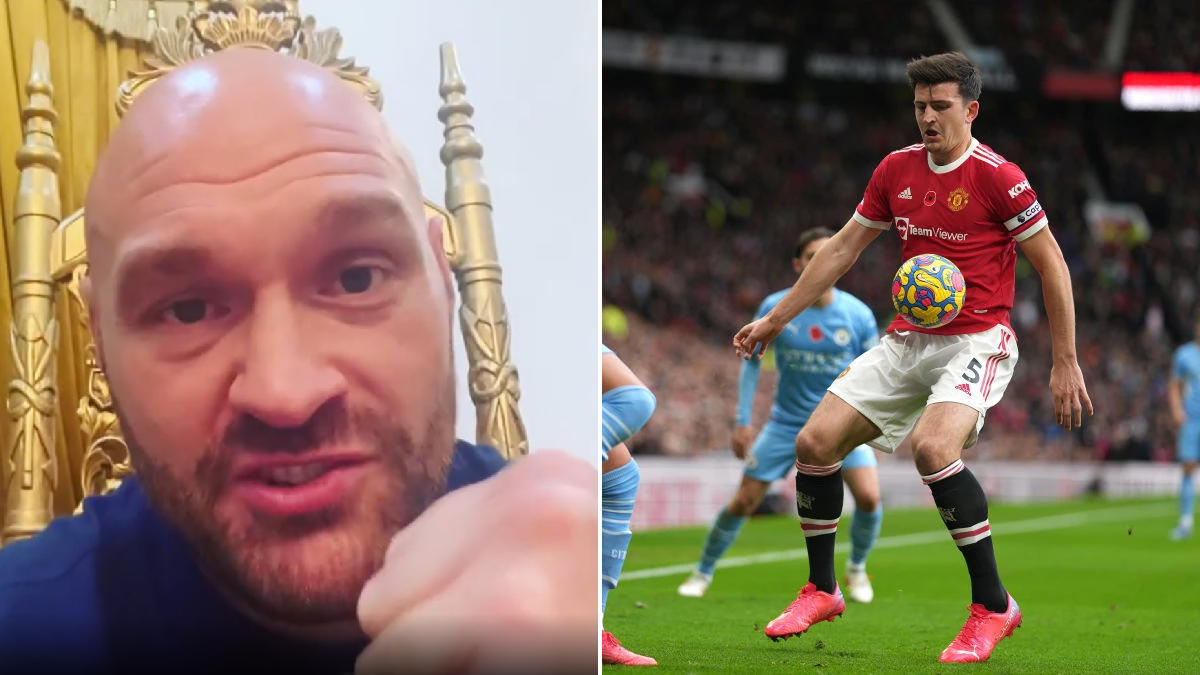 Tyson Fury has slammed Manchester United following their derby defeat to Manchester City and says the players are not ‘digging deep’ under Ole Gunnar Solskjaer.

The heavyweight boxing champion and Man United fan was at Old Trafford on Saturday as the Red Devils were outclassed by rivals Man City.

Eric Bailly’s early own goal put the hosts on the back foot immediately and City created a number of chances before doubling their lead on the stroke of half-time through Bernardo Silva.

While Premier League champions Manchester City were unable to inflict more misery on Solskjaer after the break, it was an utterly dominant display from Pep Guardiola’s side and another demoralising defeat for United.

Fury has joked that Manchester United are ‘taking a worse beating than’ his former heavyweight rival Deontay Wilder and says he may have to visit the training ground to set the squad straight.

‘After today’s defeat to City, it’s fair to say United are taking a worse beating than Deontay Wilder took in all his fights against me,’ Fury said in an Instagram video.

‘We are absolutely getting smashed out there. I think partly it is because the players – with no disrespect to any of you – it doesn’t seem like you are digging deep to try and win these games.

‘It just seems like you’re happy to get through them and whatever happens, happens.

‘You know, when I fought Wilder and I was on the floor, and any man I’ve ever fought, I never believed I was going to lose the fight.

‘I always believed I would come back and win, and that is called a winner’s mentality, something that you guys in the last two games have just not had.

‘I think me and Patrice Evra will come down to training and give you some of that [fist] and give you the hard words that you need.’

Fury twice got off the canvas to deliver a thrilling 11th-round knockout of American fighter Wilder in their trilogy fight in Las Vegas last month.

The 33-year-old, who extended his undefeated professional record to 32 fights, is set to return to the ring in March against British rival Dillian Whyte in March. 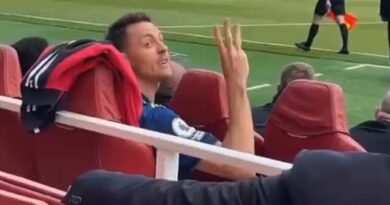 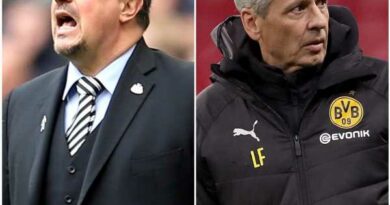