Tyson Fury has insisted that there are ‘too many prima donnas’ at Manchester United before questioning whether Cristiano Ronaldo’s presence is holding back the younger members of the squad from reaching their full potential. The Red Devils limped to a disappointing sixth-placed finish in the Premier League at the end of last season, meaning they will be forced to play Europa League football after missing out on a place in the Champions League with games to spare.

New boss Erik ten Hag is expected to lead a large-scale summer rebuild at Old Trafford but is yet to rubber-stamp any new signings despite being linked with a number of exciting names over the last few weeks. Fury has since urged the Dutchman to stamp his authority on the dressing room at the earliest opportunity in order to deal with the ‘prima donnas’ that he believes have contributed to United’s steady decline in recent seasons.

“Watching United at the moment, it’s crazy because I don’t get why these people aren’t running after that ball for 90 minutes,” Fury told The Mirror when quizzed on what needs to change at United next season.

“A lot of people blame the managers, the coaches, but at the end of the day there are too many prima donnas at Manchester United and the best thing that could have happened is having a clearout, like what’s happening. They need to knuckle down.

“They need someone strict, like Sir Alex Ferguson, who’s going to tell them what to do and if they’re not listening say: ‘It’s the bench for you, I don’t care how good you are or how famous you are, you’re not playing until you decide to work hard’.

“The word ‘team’ means everybody pulls their own weight, they don’t rely on someone else to score the goals or to run for them. It’s everyone working hard for a common interest, a common goal, and that’s winning.”

Fury went on to suggest that Ronaldo’s presence at United could be overshadowing the progress of the younger players at the club in spite of the Portuguese maestro’s impressive form over the course of last season. He led the charge for the Red Devils with 24 goals in all competitions and will be expected to lead the line once again when the new campaign gets underway if he stays at United this summer.

“When you have a superstar like Ronaldo, everybody relies on him to score goals and if he wasn’t there they’d be scoring the goals themselves, like they did the season before last,” explained Fury.

“I’m not saying he’s a bad asset, he’s a great asset, but sometimes with a star player, he carries the team and the young people are overshadowed by it all. They don’t get their chance to shine because ‘the great Ronaldo’ is on the pitch.” 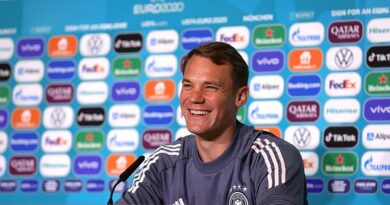 Euro 2020: Manuel Neuer calls for Germany to 'land a surprise' 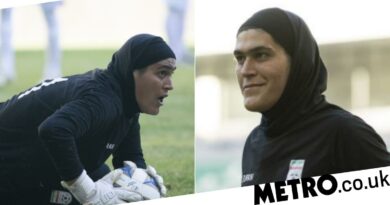