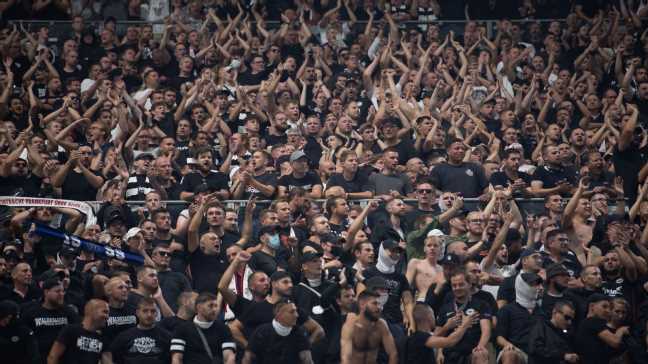 UEFA laid a slew of disciplinary charges Wednesday against Marseille and Eintracht Frankfurt after disorder at their Champions League game including a fan of the German club making a Nazi salute.

Frankfurt was charged with four offenses including “racist behaviour” at its 1-0 win in Marseille on Tuesday.

Late Tuesday, the German club published a statement condemning the incidents and stressed it “stands for tolerance and diversity.”

“Antisemitic ideas are in stark contrast to the unequivocal and unshakeable values of the club and its roots,” the club said.

Marseille faces five UEFA charges including “crowd disturbances,” with violence at the match resulting in injuries to 17 police officers and two German fans, one of whom sustained a serious neck injury after being hit by a flare, national police said Wednesday.

Riot police intervened twice — shortly before Tuesday’s game and then late on — when opposing fans launched flares and fireworks at each other from close range for several minutes inside Stade Velodrome.

National police said 11 of the officers were lightly injured. Seventeen people were detained.

Both clubs have previously been disciplined by UEFA for misconduct by fans and face escalating sanctions for the latest incidents.

UEFA set no timetable for verdicts. Both teams return to Champions League action in Group D on Oct. 4.

The latest incidents of stadium violence in France came just days after 32 people were injured in a mass brawl between ultras from Nice and German club Cologne last Thursday before a Europa Conference League match.

Tuesday’s match in Marseille was classified as very high risk, considering violent elements among both groups of supporters, and a large-scale police operation successfully contained the risk of fan violence in the city itself.

Tensions were elevated by late Tuesday afternoon when a huge police escort took a group of Frankfurt hardcore fans — called “ultras” — numbering around 500 up a long road to a designated fan zones.

‘It will not happen again’: Martial issues apology to fiancee 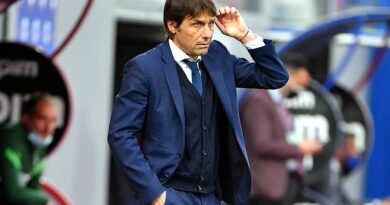 Antonio Conte 'in advanced talks to succeed Mourinho at Tottenham'