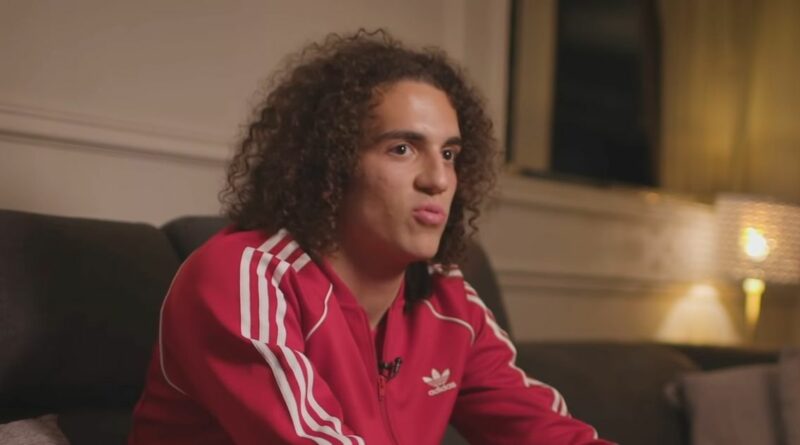 His £8million transfer from then Ligue 2 side Lorient suggested he would be one for the future, but before long, the gangly Frenchman was stamping his claim on new boss Unai Emery’s starting 11 despite his youth.

Guendouzi showed great effort and grit in the middle on his way to nearly 50 appearances across all competitions in 2018/19 and Arsenal looked to have a real gem for the future.

However, after a poor run led to Emery’s sacking, the midfielder became significantly less vital under Mikel Arteta until several disciplinary incidents soured their relationship to the point which Guendouzi was frozen out completely.

Guendouzi was eventually loaned out to Hertha BSC where he had an underwhelming 2020/21 season as he continued to face criticism for his attitude problems.

Now the 22-year-old is set to join Olympique de Marseille for around £10million, having been one of the 12 signings Emery made in north London.

Here’s a look at how they have all fared.

The Swiss full-back arrived with bags of experience and was expected to help transition the side post-Arsene Wenger.

Lichtsteiner never seemed ready for the task of facing Premier League wingers at the age of 34 and left for Augsburg after just one season.

The 36-year-old retired at the end of last season but has since decided to become a trainee watchmaker.

The German goalkeeper joined from Bayer Leverkusen for a sizeable £22.5million, having been highly rated in the Bundesliga.

Leno has proven to be one of Arsenal’s best signings in recent times as well as their best goalkeeper of the Emirates era.

The 29-year-old has become first choice and repaid Arteta’s faith in him last season with numerous point-saving stops.

The former Borussia Dortmund centre-back was another experienced defender brought in to provide stability.

But the Greek warrior’s £14.4million fee now looks a waste as his lack of ball playing ability saw him fall down the pecking order under Arteta.

Sokratis’ contract was terminated by ‘mutual consent’ before joining Olympiacos in January.

Arsenal appeared to have signed an outstanding midfielder in Lucas Torreira when he joined initially.

The combative Uruguayan was signed for £27million from Sampdoria and scored a memorable goal against Tottenham Hotspur.

But his great form early on in Emery’s tenure turned during his second season, being primarily left on the bench.

A similar situation under Arteta saw Torreira loaned out to Atletico Madrid where he failed to make a mark, and is set to return to South America this summer due to homesickness.

Denis Suarez will go down as one of the worst bits of business Arsenal have done in recent times.

He arrived from Barcelona midway through Emery’s first season but injury limited him to only four appearances, making no impact as Arsenal failed to reclaim a Champions League place.

Suarez has since joined Celta Vigo permanently where he is rebuilding his career.

The Brazilian arrived as an unknown teenager with zero expectation from fans.

Since then, Martinelli has blossomed into one of the Gunners’ most exciting talents, scoring 10 goals in his first season after a £6million deal.

Injury has stinted his time under Arteta in comparison to Emery’s reign, but his directness became more valuable as the 2020/21 season went on.

Martinelli is set for a standout season should he receive the opportunities he craves.

William Saliba has shockingly not yet played a single game for Arsenal.

Touted as one of the world’s best centre-back talents when he signed from Saint-Etienne in 2019 for a huge £29million fee, he is still not deemed ready by Arteta.

Saliba is set for his third loan move away from Arsenal with the 20-year-old likely to join Guendouzi at Marseille next season.

The Ivorian has received mixed-reviews since joining for a whopping £72million club record fee from Lille in 2019.

Pepe had a slow start under both Emery and Arteta, but has chipped in with some moments of brilliance which show glimpses of the man Arsenal wanted.

The 26-year-old has finally adapted to English football and scored 16 goals last season after a brilliant second half to the season.

Fan-favourite Kieran Tierney is everything the Gunners needed and more.

After an injury-plagued first season in 2019/20 under both Arsenal bosses, the £25million former Celtic captain has touched fans with his aggression, resilience and outstanding wing-play.

Tierney is currently one of Arsenal’s best performers and his fitness is crucial if they hope to become a top side again.

David Luiz’s £8million move from rivals Chelsea in 2019 set him up for one of the most controversial Arsenal careers.

The Brazilian regularly made howlers, such as in the project-restart opener against Manchester City, but became more assured under Arteta.

He made 73 appearances for Arsenal and helped them to an FA Cup final win over Chelsea before leaving last month at the end of his contract.

Dani Ceballos's two-season long loan spell from Real Madrid came to an end this summer after an underwhelming showing.

The Spaniard showed signs of quality during his 77 appearances but never fully convinced, appearing equally sluggish and careless on the ball as he did skilled.

Dani will return to Madrid with an FA Cup winners' medal as he awaits his future under new boss Carlo Ancelotti.