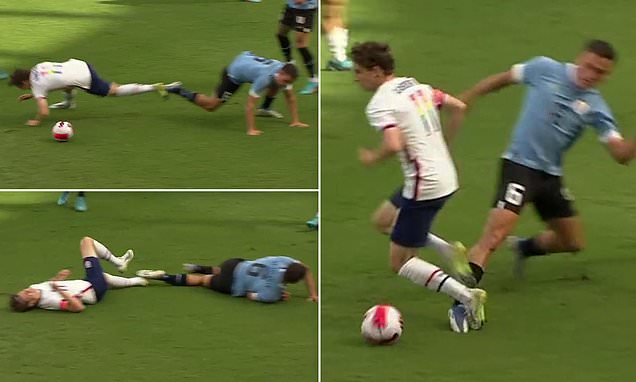 The US national team continued their preparation for the World Cup with a goalless stalemate against Uruguay in an international friendly on Sunday.

Jesus Ferreira failed to convert a pair of first-half chances as the American forwards kept up their goal-scoring struggles.

Despite the lack of goals, the game did not fail to provide entertainment as Brenden Aaronson found himself caught up with Uruguay’s Manuel Ugarte in a bizarre incident. 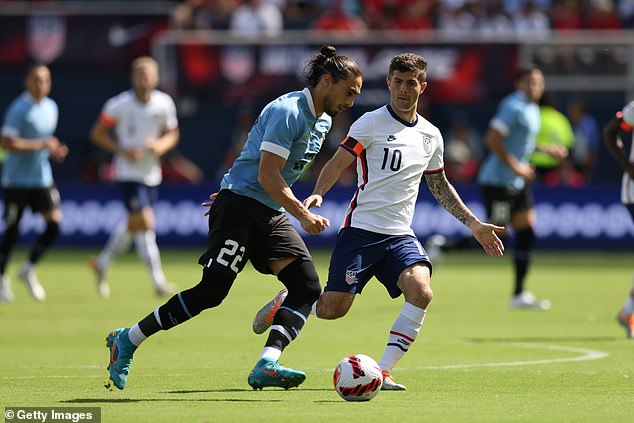 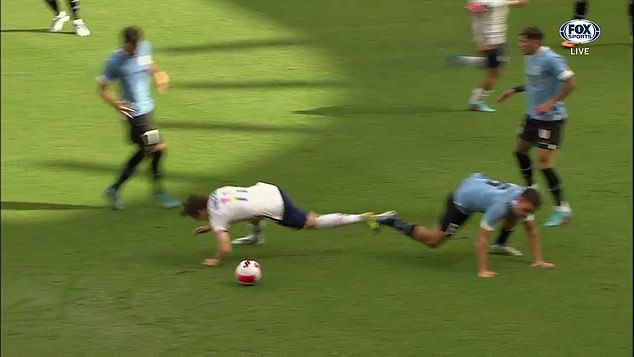 Aaronson was substituted in the 46th minute and was immediately involved when Ugarte went in on a challenge on the 21-year-old.

But as the pair collided the American’s laces appeared to get caught on Ugarte’s cleats and they both went to ground with their feet locked together.

The opponents sat up and after a moment managed to untangle themselves before Aaronson appeared to adjust his laces as he stood up. 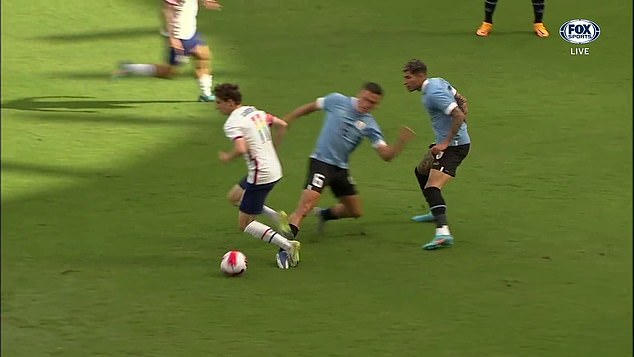 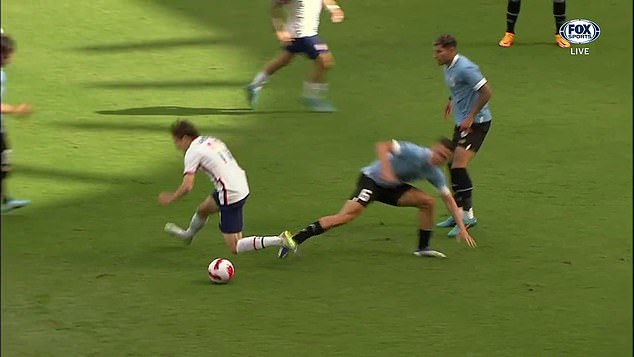 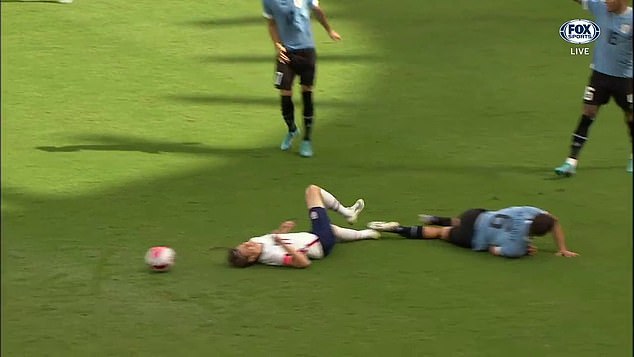 The US kicked off in Kansas three hours after learning Wales would be their opening World Cup opponent in November, and the Americans stretched their home unbeaten streak to 25 matches since a September 2019 loss to Mexico. That’s one shy of the team record set from 2013-15.

Ferreira had the best of the American chances – a 15-yard shot saved by Fernando Muslera in the 19th and then an open header wide a minute later.

He was later replaced in the 61st minute by Haji Wright, who made his debut against Morocco earlier in the week. 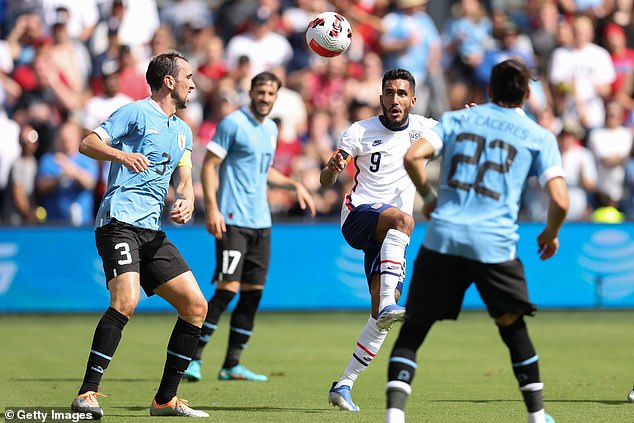 Edinson Cavani almost clinched a last-gasp winner for Uruguay but sent an eight-yard shot wide in the third minute of stoppage time.

The US wore jerseys with rainbow-coloured numbers for Pride Month and wore orange armbands rainbow to raise awareness against gun violence. 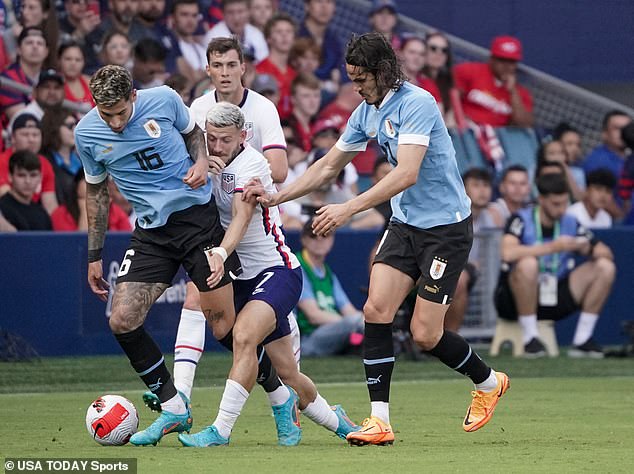 Gregg Berhalter’s side will continue their build-up to the World Cup by playing 170th-ranked Grenada on Friday in Texas, followed by El Salvador on June 14.

The Americans plan two September exhibitions in Europe, then return to the World Cup after missing the 2018 tournament.

They open Group B in Qatar on November 21 against Wales, who beat Ukraine 1-0 Sunday for Europe’s final berth, then play England four days later and close the group stage against Iran on November 29.