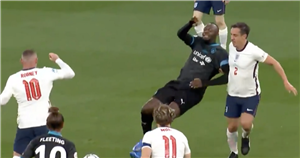 The two sporting legends lined up against each other at the Etihad for the annual charity match between England and a World XI in aid of UNICEF UK.

Neville, who now works as a pundit for Sky Sports, faced some of the world's best centre-forwards during his long and successful time at Manchester United.

However, he's probably never come up against someone as quick as 100m world record holder Bolt, who even at the age of 35 remains one of the fastest men on the planet.

The eight-time Olympic gold medal winner showed his trademark pace to full effect at the Etihad, skinning the helpless Neville on the edge of the box.

Left for dead by his much quicker opponent, Neville had no option but to bring the Jamaican ace down for a free-kick in a dangerous position.

What has been your favourite moment from Soccer Aid? Let us know in the comments section.

Neville's battle with Bolt was the subject of much amusement on Twitter, with some fans calling for the Monday Night Football pundit to analyse his own display on the hit show.

One Twitter user said: "Neville getting spun by Bolt."

Someone else added: "Gary Neville dragging down usain bolt to get a free kick….never a sentence ud think ud see #SoccerAid."

"Garry [sic] Neville got handled by bolt there," joked another fan.

While a fifth user chimed in with: "neville getting spun by usain bolt is so funny to see."

"Petition for analysis of Neville and Carras performance on the next MNF…," was the view of someone else.

Despite Neville's failed attempts to keep a lid on Bolt, the two sides went in at the break locked at 0-0. 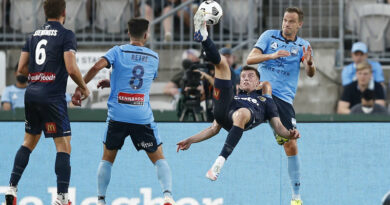 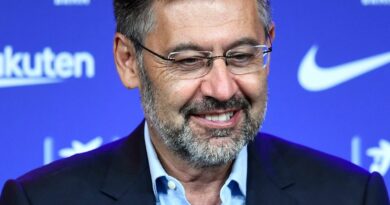 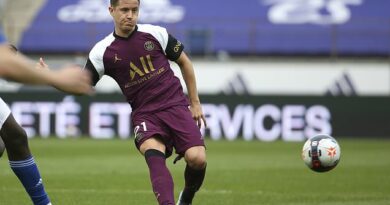