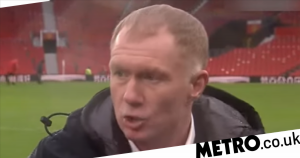 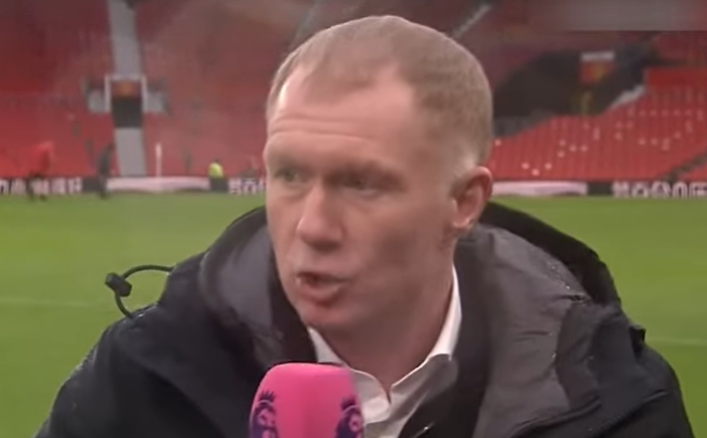 Paul Scholes launched a scathing attack on Ole Gunnar Solskjaer following Saturday’s Manchester derby defeat and claimed his former teammate needs to start showing conviction if he wants to save his job.

Premier League champions Manchester City arrived at Old Trafford and hardly had to break sweat to underline their superiority which was hardly reflected by the eventual two-goal margin of victory.

After staving off the threat of the sack last week following a 3-0 win at Spurs, Solskjaer opted to go with a safety first 3-5-2 formation against City, having gone with a more attacking system against Atalanta in midweek.

Scholes believes the constant chopping and changing is undermining any chance of United making progress and has rendered the job of the recruitment team at United ‘almost impossible’.

Meanwhile, the former United midfielder was baffled by the decision to with a more defensive system against City, particularly with Aaron Wan-Bissaka at right wing-back given his negligible attacking threat.

He told Premier League Productions: ‘The conviction has to come from the coach of the way you’re going to play football.

‘Ole has been here three years now and we’ve come here today not really knowing what he’s going to do.

‘Three years down the line you can see the evidence on the pitch, today and two weeks ago we are a long way off. I do think we’ve got a group of good players but Ole has to convince everyone that he is the right man to find the right formation for this team.

‘Stop messing about changing it for everyone else. He’s got to now have a conviction, whatever it is I don’t care just have that conviction. I said before the 3-5-2 doesn’t suit the players in the team. Wan Bissaka is useless on the ball, brilliant defender bu useless on the ball at right-back.

‘Three centre halves today, none of them that good on the ball. Ole has got to find a way and it’s job by the way. There’s a squad of players there that could be OK.’