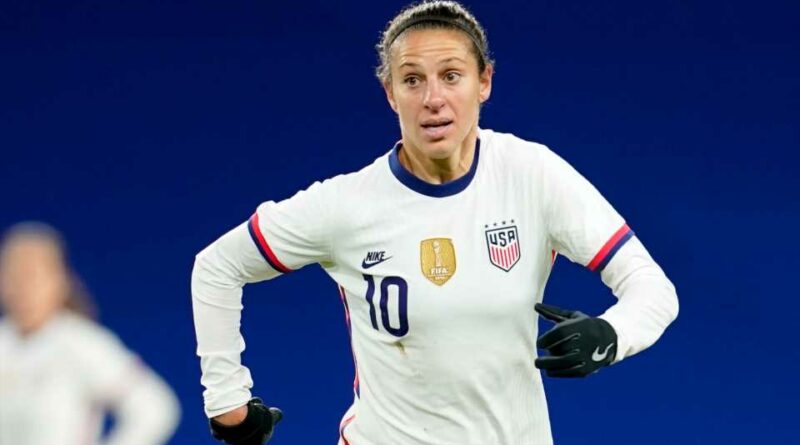 The U.S. women’s national soccer team, the No. 1-ranked team in the world, is on some roll. And it’s not about to end against Portugal on Thursday night at BBVA Stadium in Houston.

The team is on a 39-game unbeaten streak (third-longest in team history), a 53-game home unbeaten streak (48-0-5) and a 15-game home winning streak. For good measure, you can add the record start for USWNT head coach Vlatko Andonovski (17-0-1 in his first 18 games). Given its perfect all-time record against No. 29-ranked Portugal (9-0-0), the U.S. women should be able to tack on another win to those marks.

Of course, the end goal for the USWNT is an Olympic gold medal this summer and selecting the right squad to help achieve that goal. Players will be looking to impress Andonovski before he names his final Olympic squad in the coming weeks.

The Tokyo Olympic tournament kicks off July 21 with a round-robin group stage. The USWNT was drawn into Group G against three tough opponents: Sweden, Australia and New Zealand, all regulars at major international competitions. The Americans’ first match will be against Sweden, the only nation to score against the U.S. women and prevent them from winning this year (1-1 draw on April 10).

That’s where the Summer Series matches come in. They are meant to serve as a tuneup for Tokyo even though none of the three opponents are heading to Japan. But the USWNT will be using the friendlies to simulate the weather conditions and cadence of the Olympic matches with just two days of rest between games: Thursday vs. Portugal in Houston, June 13 vs. Jamaica in Houston and June 16 vs. Nigeria in Austin, Texas.

How to watch USWNT vs. Portugal

The USWNT’s tuneup match against Portugal will be broadcast on FS1. The network is streamed on fuboTV (7-day free trial).