‘When your opponents are strong having Messi is always a great advantage’: Ernesto Valverde heaps praise on match-winner as Barcelona defeat rivals Atletico Madrid

Barcelona boss Ernesto Valverde talked up the importance of having Lionel Messi in his side after the forward netted the winner in the 1-0 victory at Atletico Madrid.

Barca rode their luck in the first half, seeing the hosts hit the post and bring two fine saves out of Marc-Andre Ter Stegen.

But they punished Atletico’s failure to take their chances five minutes from time courtesy of Messi, who played a neat one-two with Luis Suarez on the edge of the area before coolly side-footing into the bottom corner. 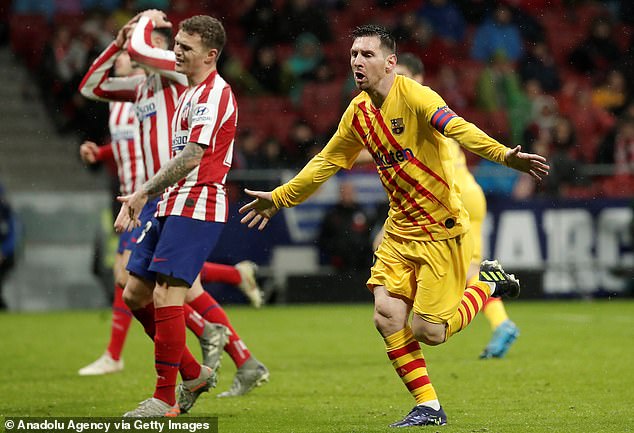 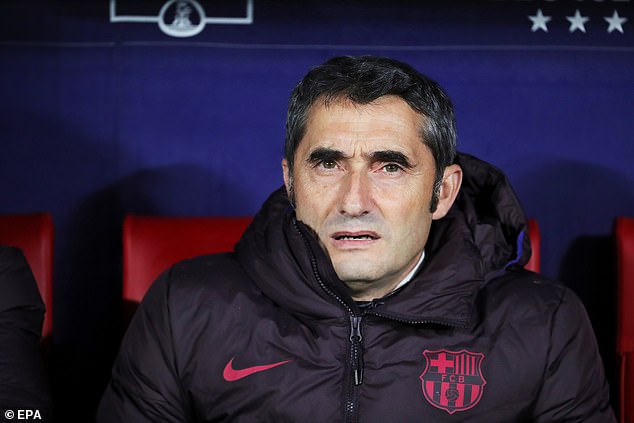 The Argentinian’s first league strike at the Wanda Metropolitano took Barca top of LaLiga on goal difference, a day before the Ballon d’Or winner is announced.

‘When matches are tight and [your opponents] are strong, having Messi is always a great advantage,’ Valverde told Marca.

Atletico were unfortunate not to collect something from the match after an electric opening 25 minutes.

‘I liked it all,’ Valverde said. ‘You have to watch matches from your team’s point of view. We suffered at the start and we got the three points, we won’t think about the bad now.’ 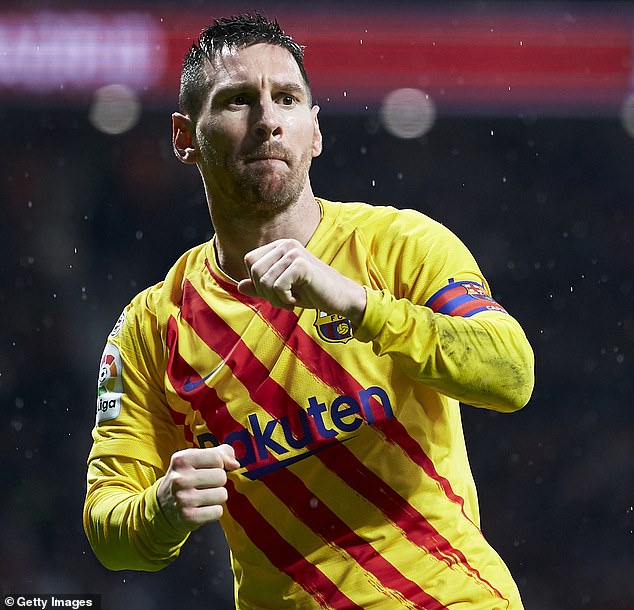 Ter Stegen produced a stunning save to ensure Barca stayed level, somehow using his left thigh to keep out Mario Hermoso’s close-range volley at the back post from Joao Felix’s exquisite cross.

‘There were two goalkeepers on the pitch who can perform miracles and they often make great saves,’ said Valverde, who confirmed Gerard Pique’s knock was not serious.

The defeat was Atletico’s first in 11 league games, but they have won only three of them and sit six points off the pace.

‘We played well again, and the players are putting in great work,’ boss Diego Simeone told the club’s official website.

‘We had chances in the first half and controlled Barcelona. In the second half the game progressively went their way, although we also had chances to score.

‘The results aren’t going our way, we have to work hard.’

Midfielder Saul added: ‘I think we completed a great game. Barcelona didn’t have many chances, but Messi appeared and he’s capable of doing what he did.

‘We’re playing better every day and we’re giving it our all.’

Jesse Lingard to Tottenham transfer hinges on Dele Alli exit
We and our partners use cookies on this site to improve our service, perform analytics, personalize advertising, measure advertising performance, and remember website preferences.Ok