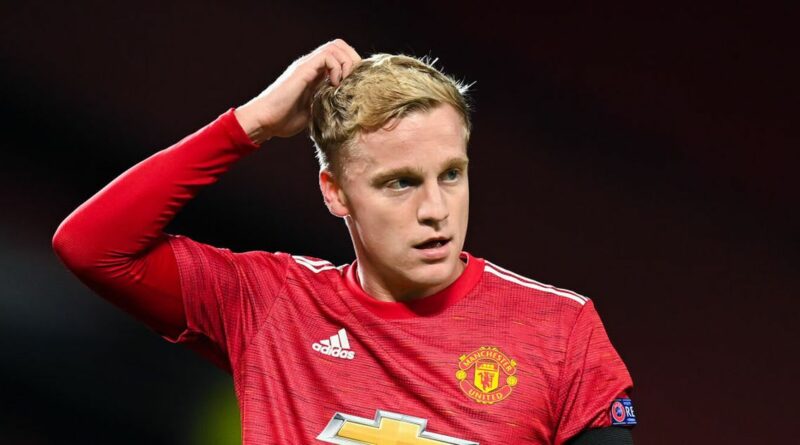 The Dutchman moved to Old Trafford from Ajax in the summer but has struggled for opportunities.

Most of his minutes have come as a sub but he wasn't selected for any of the games over Christmas or New Year.

It has come as a surprise with Ole Gunnar Solskjaer regularly having to defend his decision to omit van de Beek.

De Boer's brother, Frank, leads the national team and Ronald fears he will soon be faced with a decision as he prepares for the tournament in the summer.

The Dutch are in a group with Ukraine, Austria and North Macedonia.

They may not be blessed with the talent they once were, but it remains a precarious predicament for van de Beek.

De Boer has suggested crunch talks between the 23-year-old and the club which may result in him seeking pastures new.

He told AD : “The European Championship is coming, he will undoubtedly want to be there.

"Maybe it would be good for him to discuss with the club exactly what they want with him.

"If the view on playing time does not improve, he may have to declare that he should be rented or even sold.

“You have to be lucky every now and then. Of course it doesn’t look great now, but with a great performance it can suddenly change completely.

"We also don’t know what’s going on behind the scenes.

"Perhaps they have made certain agreements with his transfer, they will get him ready for next year this season. That always remains a bit of a guess.”

Solskjaer though has highlighted the time needed to settle in the Premier League.

The United boss also cited the amount of midfielders he has to pick from as a reason behind his lack of minutes.