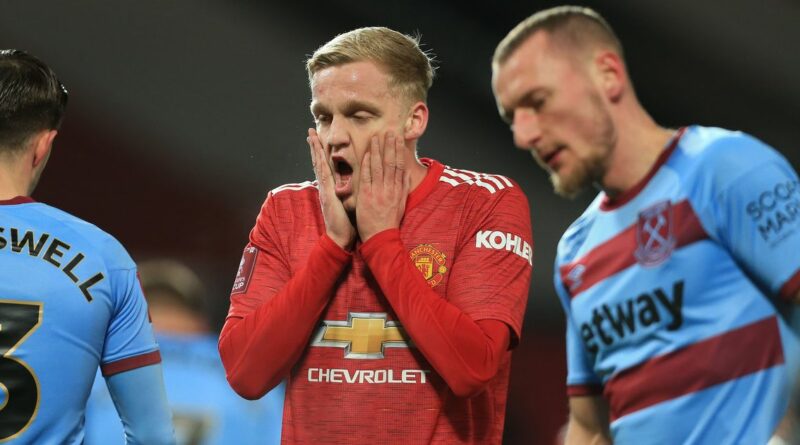 Ajax legend, and current chief, Marc Overmars, has played down reports that Donny van de Beek could rejoin the Dutch side: one season after he left Amsterdam to make a £40 million move to Manchester United.

Van de Beek arrived in Manchester with plenty of hype – however, the 24-year-old has struggled for game time in a largely underwhelming campaign.

The Dutchman has only made two Premier League starts this season, the latest of those coming last December.

As a result, speculation has arisen that Van de Beek could be on his way back to the Dutch capital come the summer but, Overmars has urged him to stay.

"I think Donny should just fight, stay next year and try to claim a starting place.

"You shouldn’t leave so quickly," Overmars, who used to play for Arsenal, told NOS in a recent interview.

However, former United and Ajax shot-stopper Edwin Van der Sar has instead offered sympathy towards his countryman.

"Of course I feel sad for Donny," he told ESPN’s Good Morning Eredivisie.

"He walked the perfect path before joining United. He joined the [Ajax] first team from the academy, became a starter, won trophies, performed in Europe.

"But the midfield of Manchester United is too stacked, they’ve not had any injuries. It’s hard for him."

Van de Beek was a one-club man before his move to England; he graduated from Ajax's youth setup in 2015 when he joined the first team.

That same season he was awarded the 'Ajax Talent of the Future' mantle: the same award that Wesley Sneijder, Rafael van der Vaart, and Matthijs de Ligt can all lay claim to.

As part of a young exciting Ajax squad, Van de Beek earned a runners-up medal in the Europa League, and he was part of the Dutch sides fairytale run to the Champions League semi-finals a couple of years ago.

However, he has failed to recapture that glory during his short time in England so far.