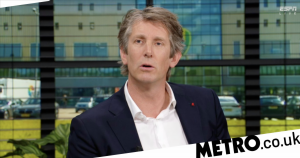 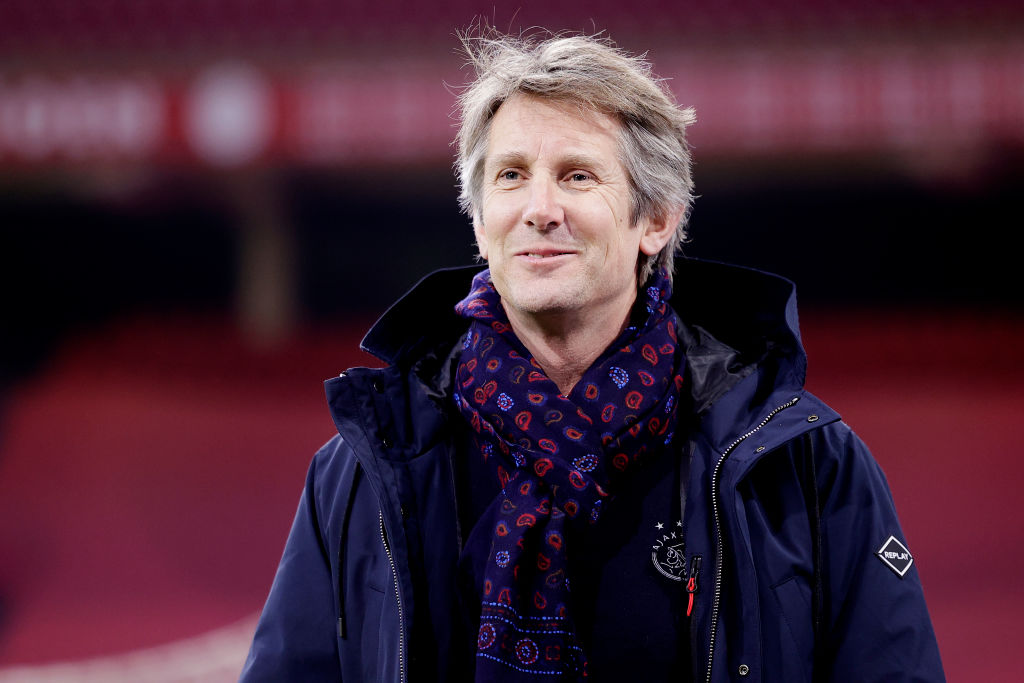 Edwin van der Sar is flattered by speculation linking him with a return to Manchester United but insists he’s ‘extremely happy’ with life at Ajax and what he’s been able to achieve as the team’s CEO.

Ed Woodward confirmed he would step down as the Red Devils’ executive vice-chairman at the end of the season following a ferocious backlash for the club’s involved in the failed European Super League proposal.

The Red Devils have already begun the search for Woodward’s successor and legendary former United goalkeeper has long been spoken about as a potential director of football candidate.

The Dutchman has helped restore Ajax’s reputation as one of the most respected clubs in European football since being promoted from his previous role of marketing director back in late 2016.

‘Everyone is ambitious in life. Did they contact me? Yes, a few years ago already.’

Van der Sar refused to rule out a return to Old Trafford but said a number of factors would have to be considered should United come calling.

‘What kind of CEO is Manchester United looking for? I am not your typical CEO,’ he added.

‘I am a CEO more for the football side of things. Ajax is very structured. Manchester United is so different and you have to work with several owners there too.

‘Does that suit you or do you like your life in Noordwijk and Amsterdam enough? That is the question.’

The ex-Netherlands international added: ‘I couldn’t do this job at a club I don’t like.

‘I am extremely happy with what we have been able to achieve at Ajax.

‘Ten years ago we had the ambition to join Europe’s elite and we have lived up to those words.

‘We did that through hard work and without a rich sugar daddy or government funding to help us.’

Louis Saha, who shared a dressing room with Van der Sar at both United and Fulham, feels his former team-mate would be the ‘perfect fit’ to come in and replace Woodward.

‘I love Edwin. I loved him when he was a team-mate of mine at Fulham and later at United and I’ve seen what he’s done at Ajax. I couldn’t love the guy more,’ Saha told 888sport.com

‘He has always been advanced; always forward-thinking. As a player he always reassured me because here was someone who wouldn’t take a light decision and he is still the same today.

‘I’m not trying to give him publicity and don’t need to because what he’s done throughout his career speaks for itself. He is top drawer and would definitely have the humility to ask advice from David Gill or Sir Alex Ferguson so for me he would be a perfect fit at United.

‘He has the same kind of philosophy as Ole [Gunnar Solskjaer]. Both guys can look at others in the face and say what they think but at the same time they are humble.’