The idea that a player has to go down to guarantee a penalty is one that has governed most of modern football, but such “streetwise” moves could be stamped out of the English game as part of a series of rule changes for the 2021/22 season, that also see “the benefit of the doubt” returned to attackers for offside decisions.

Players will be told that they will get penalties when they stay on their feet as referees and VAR are instructed to look at the nature of contact, the consequence of contact, and the intention of attackers. The application of the offside rule has also been tweaked to try and eliminate marginal calls that come down to centimetres, with the use of the thicker “broadcast” line essentially returning the benefit of the doubt to the attacker.

As a visible illustration of the impact of the changes, the 21/22 rules would mean that Raheem Sterling’s penalty against Denmark at Euro 2020 wouldn’t have been given, while 20 goals that were ruled out for offside in the 20/21 campaign would now stand.

The tweaks come after a wide-ranging survey conducted by the Premier League and PGMOL earlier this year, that consulted clubs and the Football Supporters’ Association.

“Fundamentally, we want the approach to be one that best allows players to go out and express themselves, and allows the Premier League to flow,” PGMOL General Manager Mike Riley says. “That means that the referee team – both referees and VAR – don’t intervene for trivial offences. It’s really going ‘let’s create a free-flowing game, where the threshold for intervention both for referees and VAR is slightly higher than it was last season’.”

That has led to two main rule changes, that centre on penalties from fouls and the application of offside.

While the elimination of so-called “toenail” offside calls will no doubt bring the most emotional response, it is the change to the principles of how penalties are won that could have the deepest effect on the very thinking of how the game is played.

The idea that has governed football going back decades is that attackers need to go down in order to guarantee some fouls are punished, but this has inevitably evolved so that players look to win “streetwise” penalties through maximising the effect of minimal contact. A classic example of the latter was Arsenal’s penalty last season, when Richarlison’s innocuous touch on Dani Ceballos was punished. The rules at the time ensured a penalty could reasonably be awarded, but the feeling has been it went against the spirit of what is supposed to be a contact sport.

That spirit was something that came up repeatedly in the Premier League survey, and the result has been referees being told to have three main considerations when deciding on penalties. Those considerations are: degree of contact, consequence of contact and – crucially, as well as perhaps controversially – the motivation of the attacker. In other words, a player looking to use contact to go down.

“The clear message through the survey was football is about contact,” Riley explained. “So, the principles we’ve established are referees should look for contact, and establish clear contact, then ask themselves the does question ‘does that contact have a consequence?’. And then ask themselves the question ‘has the player used that contact to actually try and win a penalty?’

“So it’s not sufficient just to say ‘yes, there’s contact’. I think, partly, we got into that frame of mind by the forensic analysis that went on to VAR. So, contact on its own is only part of what the referee should look for. Consider consequence, consider motivation of player as well. If you’ve got clear contact that has a consequence, then that’s what you got to penalise. If you’ve any doubt in those elements you’re less likely to be penalised.”

As such, players will be told that they will get penalties if they stay on their feet when fouled.

“That should always be the case, otherwise the balances are unequal. We made a mistake again last season where there was clear contact, a player stayed on his feet went wide, lost possession. We should go back and give him a penalty. I think had we done so that would have reassured players, that’s our approach.

“I think it moves the dial back towards where we probably were in a pre-VAR world.”

An altered application of offside will meanwhile eliminate “marginal” calls. 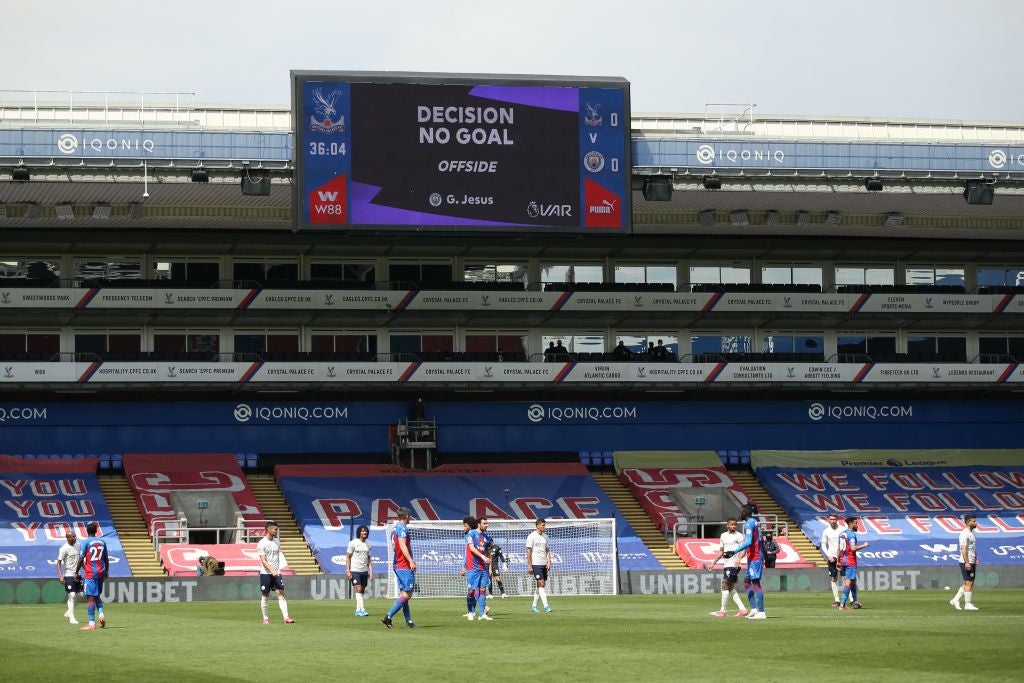 “We’ve now effectively reintroduced the benefit of doubt to the attacking player,” Riley says. “So, where you have a really close offside situation, we carry on following the same process that we did last year with VAR. So you’ll apply the one-pixel lines, you’ll place the attacking line and the defending line. You’ll then put on the thicker broadcast lines and, where they overlap, those situations will now be deemed as onside. So effectively what we give back to the game is 20 goals that were disallowed last season, by using quite forensic scrutiny. So it’s the toenails, the noses…. They might have been offside last year, next season they’re on.”

The interpretation of the handball law has also been tweaked so players won’t be penalised for innocuous accidental touches, and to a situation where everyone can understand why decision has been made.

Officials have also looked at the increasingly common foul that Harry Kane has perhaps most been criticised for, where a player backs into a jumping defender to try and win a free-kick. Under the new rules, that will be reversed.

“Again, it’s that interaction between the centre-forward centre-half,” Riley says. “If either player is using their centre of gravity to knock somebody off theirs, that’s dangerous. And that free-kick should be the other way around.” 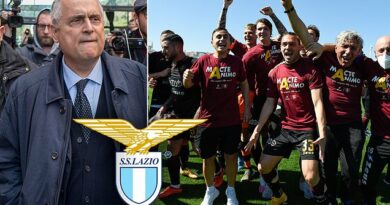 Serie A: Salernitana secure promotion for first time in 23 YEARS 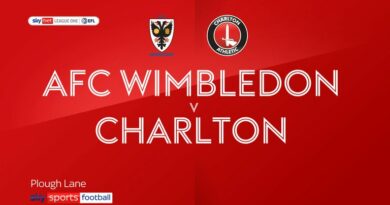