Ole Gunnar Solskjaer may be ready to announce his second signing of the summer following the capture of Tom Heaton after his release from Aston Villa.

The 35-year-old shot stopper penned a two-year deal, rejoining the club where he came through the ranks as a youngster.

And he could be joined this week by another new arrival, with Raphael Varane closing in on a move to Manchester United.

The Frenchman is entering the final year of his current contract at Real Madrid but has ruled out a renewed deal at the Santiago Bernabeu seeking pastures new.

Varane has been strongly linked with a move to United and is keen for a move 'this week'.

A mainstay in Los Blancos backline, the 28-year-old has over 300 appearances for the La Liga outfit.

Solskjaer has made no secret that he is in the market for a new centre-back with neither Victor Lindelof nor Eric Bailly able to catch the eye in a Man Utd shirt.

The United boss is keen to find a permanent partner for captain Harry Maguire as he searches for the Red Devils first league title since under Sir Alex Ferguson in 2013.

Will Raphael Varane be a good signing for Man Utd? Let us know in the comments section

Now Spanish outlet Marca are reporting that Solskjaer has won the race for the four-time Champions League winner and that Varane is ‘set to become a Manchester United player this week’.

However the Norweigan manager was coy when questionned on the potential signing in his post-match press conference after playing Derby in a pre-season friendly:

"Varane? I only speak about players when we sign them," said Solskjaer following Man Utd's 2-1 win at Pride Park.

The Red Devils will take on fellow Championship side QPR in their second pre-season clash on Saturday before games against Brentford, Preston and Everton to round off the friendly matches. 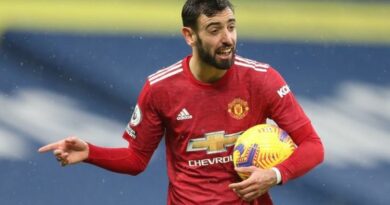