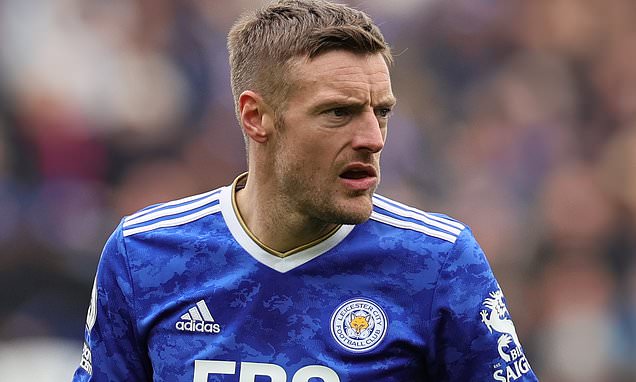 Jamie Vardy has suffered a blow to his recovery from a knee injury that leaves boss Brendan Rodgers pessimistic about his prospects of returning for Leicester’s run-in.

The forward has made only two appearances in 2022, initially due to hamstring trouble and then a knee problem that surfaced in the 1-0 win over Leeds on March 5 – the second game of his comeback.

Rodgers had hoped Vardy would be fit to return to action after the recent international break but ahead of Thursday’s Europa Conference League quarter-final clash with PSV Eindhoven, he indicated Vardy would need further medical examination.

‘I just had a quick chat with Jamie,’ revealed Rodgers. 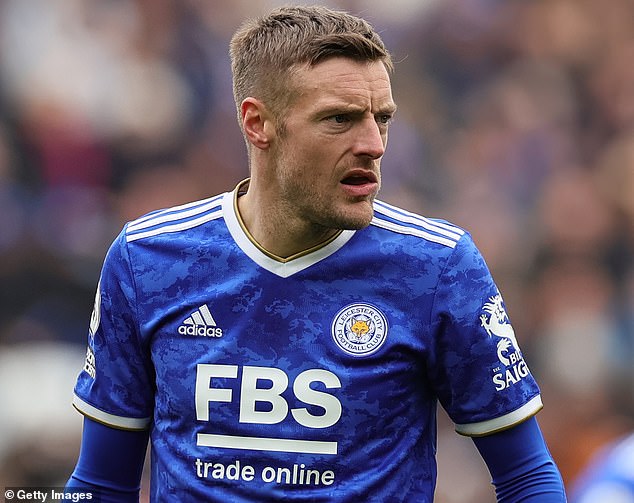 ‘He has been running outside in straight lines but he was just maybe opening up the MCL (medial collateral ligament) when he was striking the ball.

‘He was getting a little bit of pain in that. I’ll have to speak with the medical team to see where that’s at, but it doesn’t sound as if he’s too close to being back. It’s hard to put a time line on it. There is an issue so we have to get to the bottom of it.’

Vardy damaged the hamstring in the 1-0 win over Liverpool in December. He stepped off the bench to score a goal on his return to the team in a 2-0 triumph at Burnley on March 1, only to be injured again in the following game.

The 35-year-old has a strong claim to be the greatest player in Leicester’s history and is under contract with the club until the end of next season. 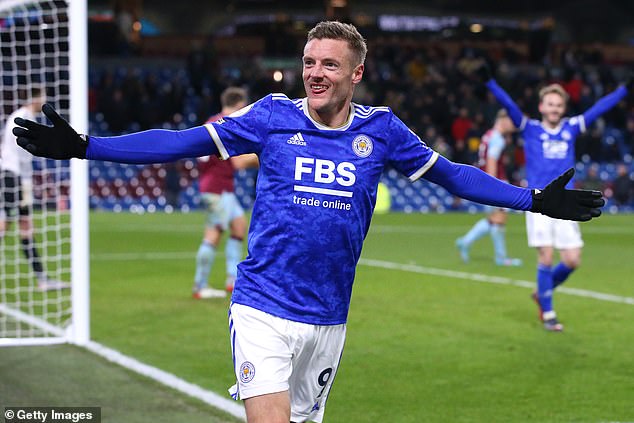 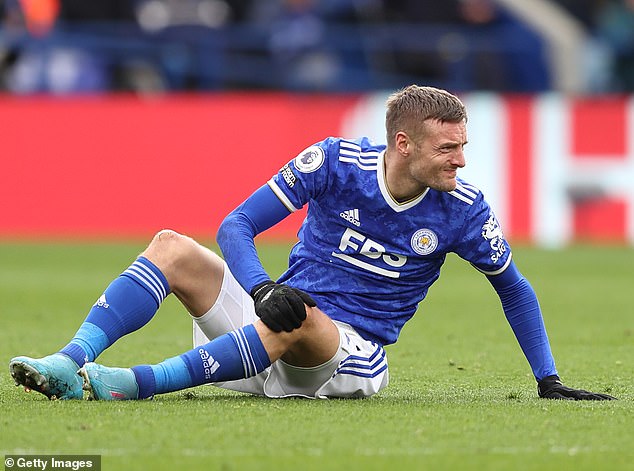 Since joining the club in 2012, he has produced a return of 159 goals in 376 matches and clinched the Premier League title and FA Cup.

This season Vardy appeared on course to hit the 20-goal mark before injury derailed his campaign at the end of December.

Before sustaining the hamstring problem against Liverpool, which kept him out for Leicester’s next five league matches, he had bagged 11 goals in 22 appearances across all competitions.

Though with only 10 league games remaining, and a return not on the cards anytime soon, Vardy could finish with his worst goal tally for the Foxes since 2016/17 (16).