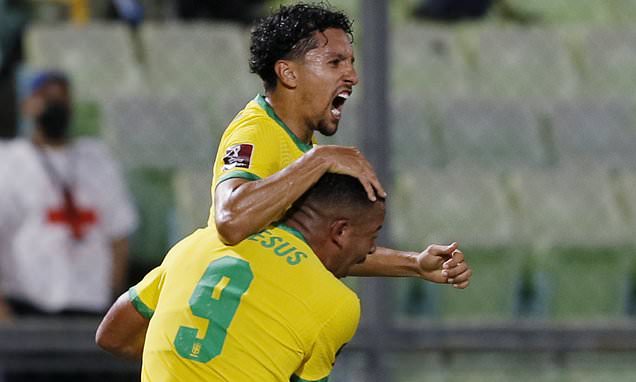 Venezuela 1-3 Brazil: Five-time world champions come roaring back from a goal down with three strikes in final 20 minutes to maintain 100% winning start in World Cup qualifying

Brazil fought back from a goal down to score three times in the second half and record a 3-1 win over Venezuela that maintained their 100 per cent record in qualifying matches for the 2022 World Cup.

Venezuela had never beaten Brazil in a World Cup qualifier in 17 previous attempts but their hopes rose after taking an early lead through Eric Ramirez, who converted Yeferson Soteldo’s cross after defenders Fabinho and Marquinhos slipped at the vital moment.

However, Brazil got back on level terms when Marquinhos headed home a corner in the 71st minute before Gabriel Barbosa scored a penalty six minutes from time and debutant Antony made it 3-1 in stoppage time. 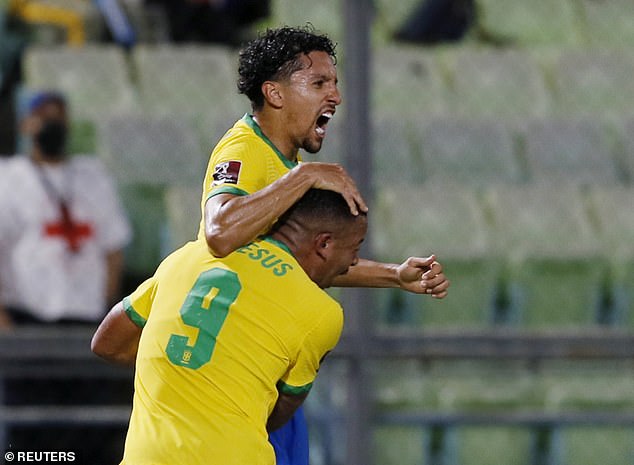 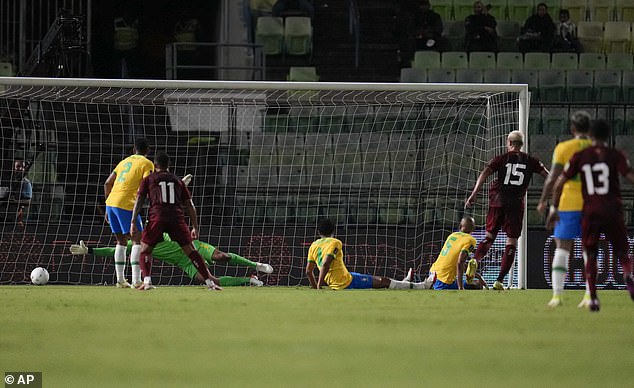 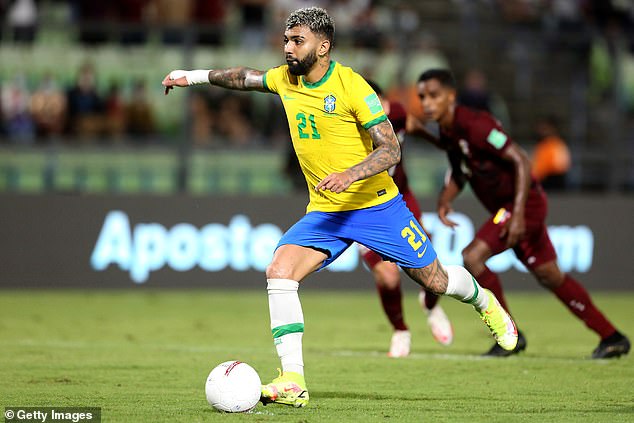 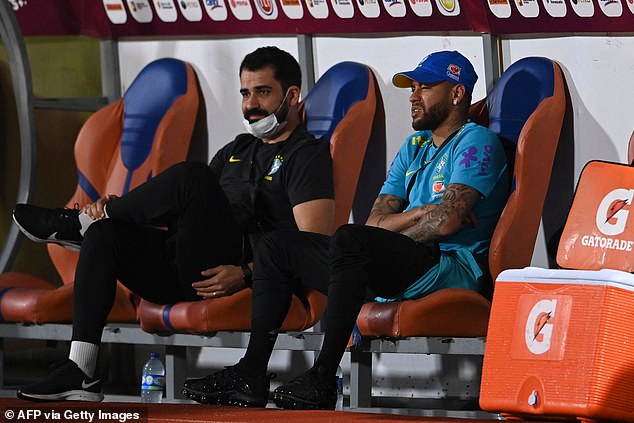 Brazil were without Neymar for the clash in Caracas, as the PSG star was suspended

‘It was a complicated match, we started well below (the level) we are accustomed to,’ Marquinhos said after Brazil’s ninth win in nine qualifiers.

‘It’s hard to get a result but results are what count. The second half performance and the result are the positives we take from it.’

With Argentina’s 0-0 draw at Paraguay, Brazil extended their lead at the top of the South American qualifying group to eight points. The top four teams qualify automatically for Qatar and the fifth-placed side goes into an inter-regional playoff.

Brazil were missing the suspended Neymar while Gabriel Jesus started for the first time since getting sent off in the Copa America quarter-final against Chile in July.

However, it was the introduction of second-half substitutes that turned the game for the five-times world champions. 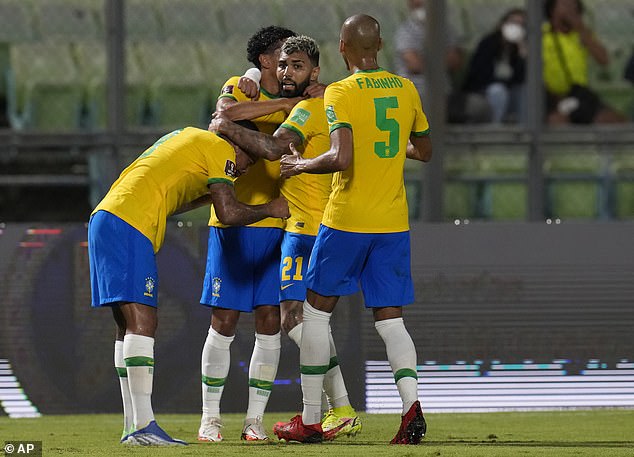 Centre back Marquinhos got Brazil level in the 71st minute, converting a header from a corner 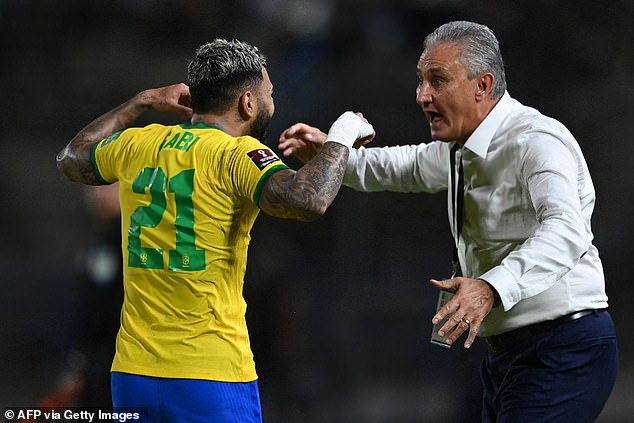 Leeds United’s debutant Raphinha opened up space and hit the corner that led to Marquinhos’ goal, while Vinicius Jnr was instrumental in the buildup that led to Barbosa’s penalty.

Raphinha also set up fellow substitute Antony to tap home just before the final whistle and score on his debut.

Also on Thursday, Ecuador beat Bolivia 3-0 to move into third place in the group. 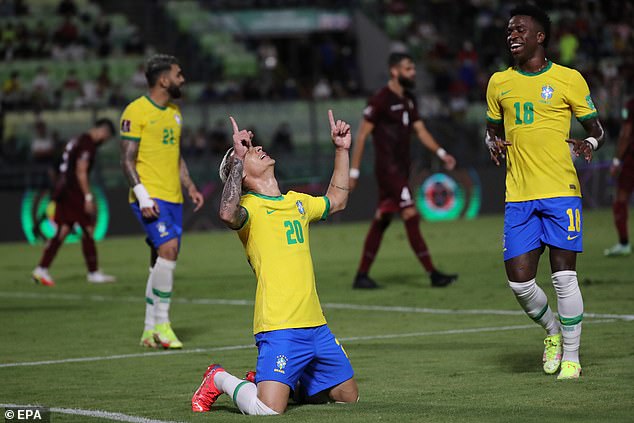 Michael Estrada opened the scoring and Ener Valencia got a brace in the first half as the home side edged above Uruguay and moved within three points of second-placed Argentina.

Peru beat Chile 2-0 at home, leaving the visitors third from bottom with seven points from 10 games, above only perrenial strugglers Bolivia and Venezuela.

Christian Cueva scored after 36 minutes and Sergio Pena made it 2-0 in the second half as Peru maintained their hopes of qualifying for a second consecutive World Cup. Peru have 11 points and are seventh in the 10-team table. 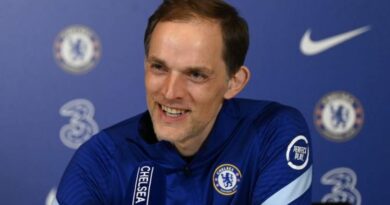