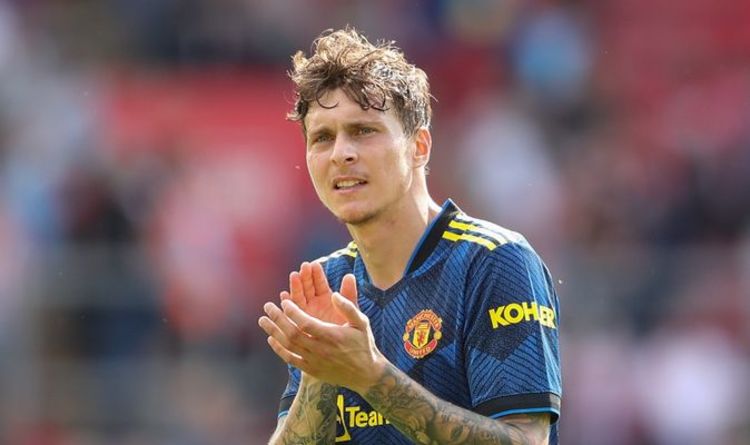 Manchester United defender Victor Lindelof has insisted that he is excited by the competition created by the summer arrival of Raphael Varane. The Swede has had his place in Ole Gunnar Solskjaer’s team threatened by the signing of the former Real Madrid star.

Solskjaer made signing a new centre-back a top priority at the start of the summer and acquired his preferred choice in Varane. The 28-year-old was captured from Real in a bargain £35million deal.

Lindelof struggled for form at times last season and Varane has been signed to partner Harry Maguire.

The 27-year-old enjoyed a successful start to the season and played an excellent pass to Bruno Fernandes for the Portuguese to complete his hat-trick in the 5-1 demolition of Leeds United on the opening day of the new Premier League term.

However, Varane replaced him for last weekend’s 1-0 victory over Wolves and is now a certainty to keep his place in the team.

Lindelof excited to compete to play alongside the Frenchman.

“It’s great, I play in one of the world’s biggest clubs and they have very good players. We will have a competitive situation and I only see it as positive that we have got a good player in the squad,” he told Swedish outlet FotbollDirekt.

The former Benfica player revealed that he has been suffering from a back problem for 12 months, which he describes as a ‘big problem’.

He also ramped up the pressure on boss Solskjaer by claiming that the club’s aim is to win the Premier league this season.

DON’T MISS:
Roma director lifts lid on how Xhaka really felt about leaving Arsenal
Van Dijk had dislocated finger fixed before returning to pitch
Jorginho details Chelsea spell which made him ‘so angry’

United have spent over £120million this summer on Varane, Jadon Sancho and legendary forward Cristiano Ronaldo, who has sensationally returned for a second spell at Old Trafford.

Lindelof continued: “I have played a lot the last two years and last year I had big problems with my back and played with pain.

“My back feels good now, there will probably be no problems, but I do not think I will play 50, 60 matches.

“Of course, you feel it, it is clear there is a very good atmosphere in the club and everyone is looking forward to getting him into the team. It will be fun and I think he will add a lot.

“I think the squad looks very good. It feels good, we have a good atmosphere in the team and the Premier League is always a tough league.

“But we will do everything we can to win the title. That is the goal.”

Solskjaer’s side have had a decent start to the season, earning seven points from their three matches.

The 5-1 thumping of Leeds was followed by a slightly disappointing 1-1 draw with Southampton.

Mason Greenwood then scored the only goal in a 1-0 success against Wolves last weekend.

United fans are anticipating Ronaldo’s second debut for the club when they host Newcastle on September 11.
Source: Read Full Article

Arsenal misfit Guendouzi 'in contact with Barcelona, PSG and Inter' 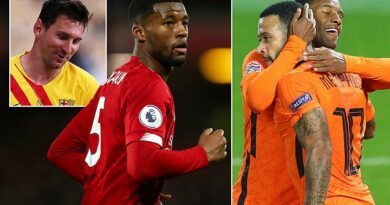 Georginio Wijnaldum 'still holding out for Barcelona move' this summer