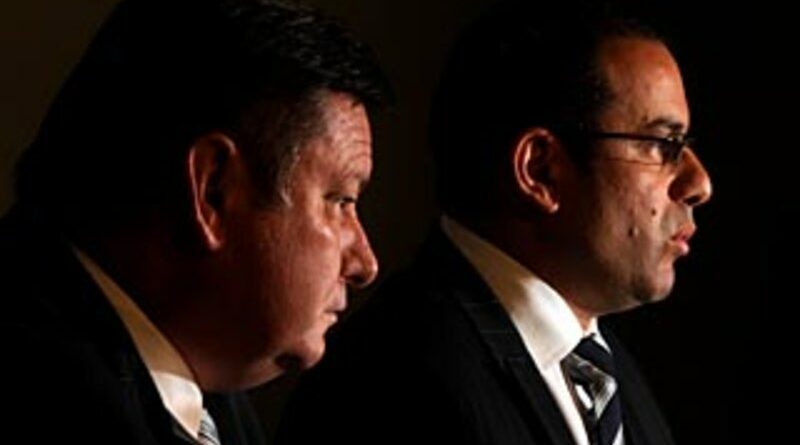 Melbourne Victory foundation investor and board member Richard Wilson has quit the club and slammed the board of directors and management for a lack of leadership and direction over the past three seasons, as the A-League’s best-supported team plunges into further crisis.

Wilson, who also worked for a period as managing director, plans to sell his stake and will be joined by two friends, who have a minority holding in the club.

Around 16 per cent of the equity in the group will be sold, with Wilson and his partners happy to sell their shares in lesser tranches to fans or small investors.

Wilson said in a statement that it was the direction that the club had taken in recent years, when the majority stakeholders have been chairman Anthony Di Pietro, the CEO and a director of the LaManna Premier Group, and Mario Biasin, the founder and chief executive of Metricon Homes, that had forced him to make the call.

“This is a very sad moment for me. I am a foundation shareholder, a foundation director and a former senior executive with the club,” Wilson said.

“My decision to resign as a director of Melbourne Victory FC comes about as a result of the direction the board has taken over the past two to three years. I have increasingly grappled with the impact this has had on our club. Accordingly I have reached a view that I cannot support the direction taken by the board, which leaves me at odds with the chairman.

“In relation to shares held by my family and others these will be sold on the market to offer fans, supporters and members an opportunity to have a real say in how the club moves forward. “

Wilson stressed that his decision to quit was not a reaction to the new lows Victory sunk to on Sunday night, when they crashed at home to Newcastle to remain at the foot of the A-League table with just one win from seven games.

Rather, he says, it is an accumulation of issues and policy decisions, which have been taken in the three years since the club won the A-League title for the last time, when they rode their luck and came from fourth place on the ladder to beat Newcastle in the grand final.

Kevin Muscat was the coach then but he quit the following year. Victory has had three other coaches in the past 18 months – German Marco Kurz, Spaniard Carlos Salvachua and the current incumbent, the inexperienced former player Grant Brebner, who is being assisted by former English Premier League boss Steve Kean.

“This is not a reaction to last night’s defeat. It is about a lack of leadership over the past few years and the way the club has slid down is the responsibility of decisions taken by the board and the senior management, in my opinion,” Wilson said.

“We are an elite club but we are not being run in an elite way at the moment. This is a club with major shareholders and stakeholders, who have high expectations.

“The focus has to be on the first team and the way it performs. Everything flows from that. If that is successful then the rest of the business will follow on.”

Muscat, a favourite son, left because he had grown frustrated with the way the game and the club was moving and he wanted to try to stretch his talents and further his career in Europe.

In recent times, only Swedish man Ola Toivonen has been a success, but he quit as soon as he could go at the end of his contract last year, in the early months of the coronavirus pandemic.

The hiring of Kurz was a false start: he was local and having coached Adelaide he was versed in the workings of the A-League, a competition with a salary cap and restrictions on squad sizes, and he was less expensive than foreign candidates. But he proved to be a bust and was fired barely half a season after starting. His successor – Muscat’s former assistant Salvachua – lasted even less time and was replaced by rookie Brebner, who had initially said he was not experienced enough for the job.

The pandemic and cash cutbacks have influenced decisions, but no other club has fallen from grace in the way that Victory has.

Eamonn Sweeney: 'Nice guys might not finish last but they won't finish in top four either'