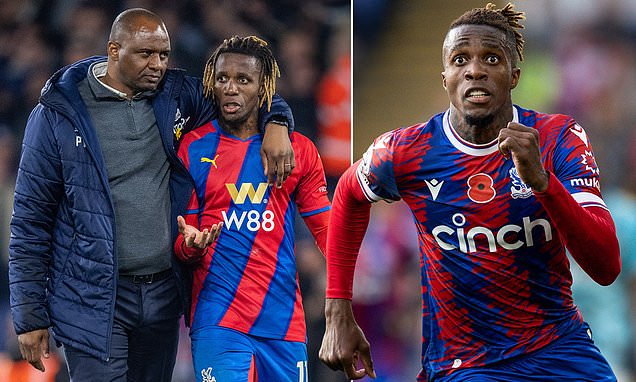 ‘It is not a distraction for him or the club’: Patrick Vieira claims continued speculation over Wilfried Zaha’s future will not derail Crystal Palace’s progress… as the Eagles boss insists he will do all he can to convince his star man to stay

Crystal Palace boss Patrick Vieira says continued speculation over the future of Wilfried Zaha will not be a distraction for either the player or the club.

Zaha’s five-year contract with Palace expires in the summer of 2023 and he continues to be linked with a move away from Selhurst Park.

The Ivory Coast international, who turns 30 on November 10, has yet to agree a new deal with the Eagles, which mean clubs from outside England could approach him in January. 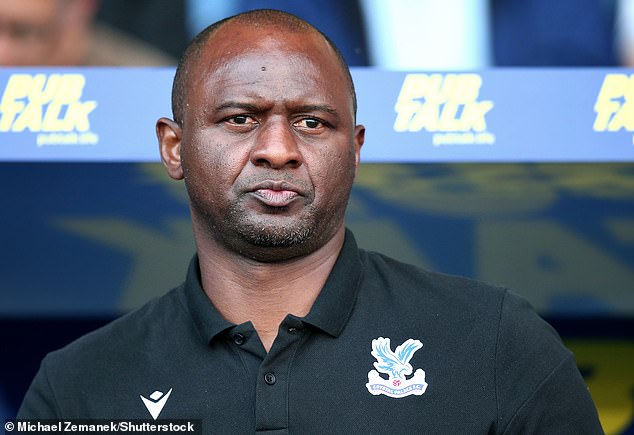 Vieira, though, insists it remains very much business as usual as the south London club look to maintain their Premier League progress.

‘It is not (a distraction) for him and it is not for the football club as well,’ the Palace boss said.

‘We know how important it is for us and, again, he knows how much the fans, the club love him and we know how much he loves the football club as well.

‘So the decision has to be his decision, and we will do everything in our side to keep him because he is an important player for the football club, but then we will see.

‘At the moment, he is playing well, is performing well, and that is all that matters for now.’ 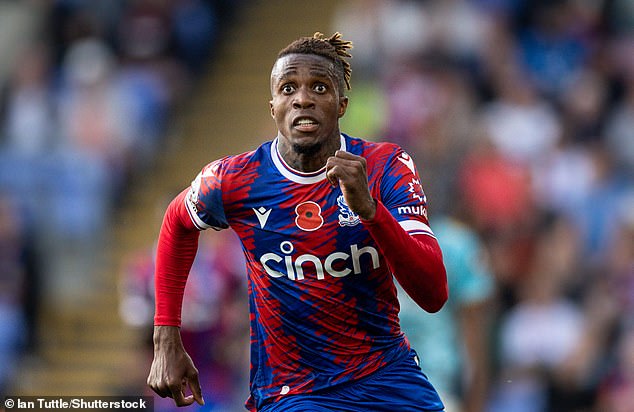 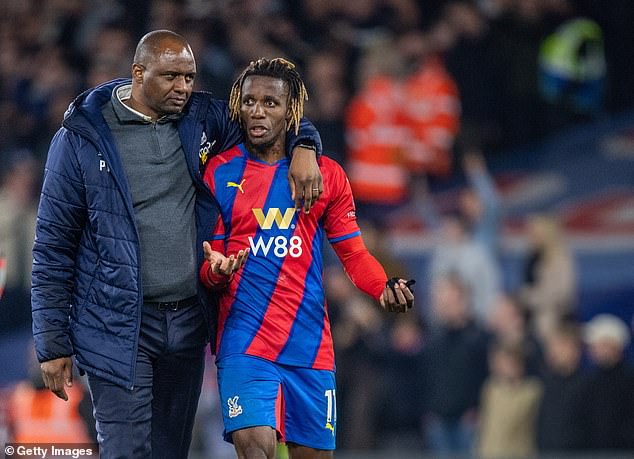 Vieira told a press conference: ‘If you take any player in the Premier League and you mention those names (of leading European clubs) to those players, that of course will have an impact.

‘And when big teams like that have been mentioned, of course for any players in the Premier League, that creates an excitement.

‘It will be his decision. Me as a manager and we (as a club) will do everything that we can to convince him to stay with us and to make him understand.

‘The next couple of years can be really exciting for the football club, and of course we want him to be part of it. It is about where we want to go next.’

Palace head to West Ham on Sunday having won three of their past five Premier League games as they aim to push on into the top half of the table. 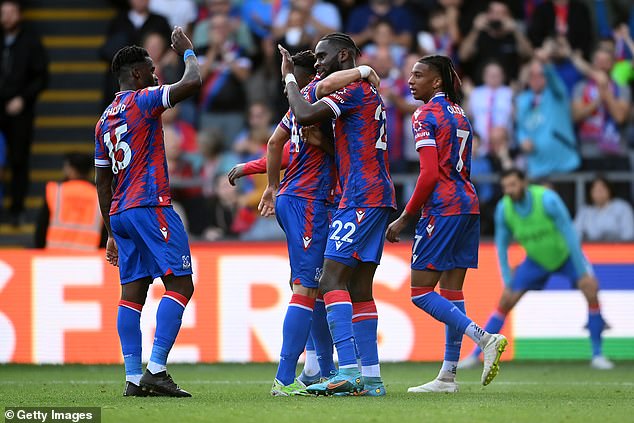 It is the first of a run of three away games ahead of the World Cup break, which includes a trip to Newcastle in the Carabao Cup before heading to Nottingham Forest on November 12.

Palace have yet to win on the road this season, with three draws and two defeats from five games.

‘We have to accept we will suffer more away from home. At the moment when we suffer we concede away from home and that is not right if we want to win football matches.’ 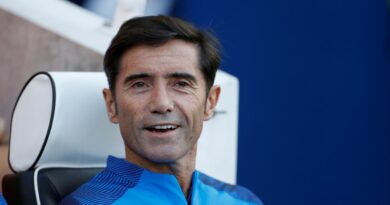 Marcelino – The Spaniard being linked to succeeding Jose Mourinho at Tottenham 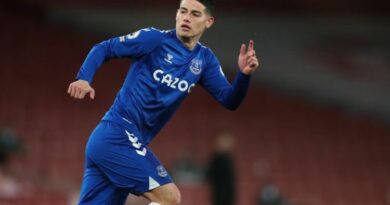