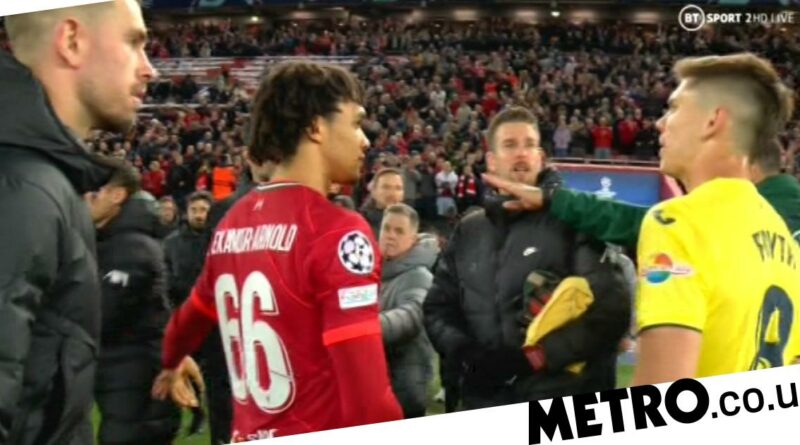 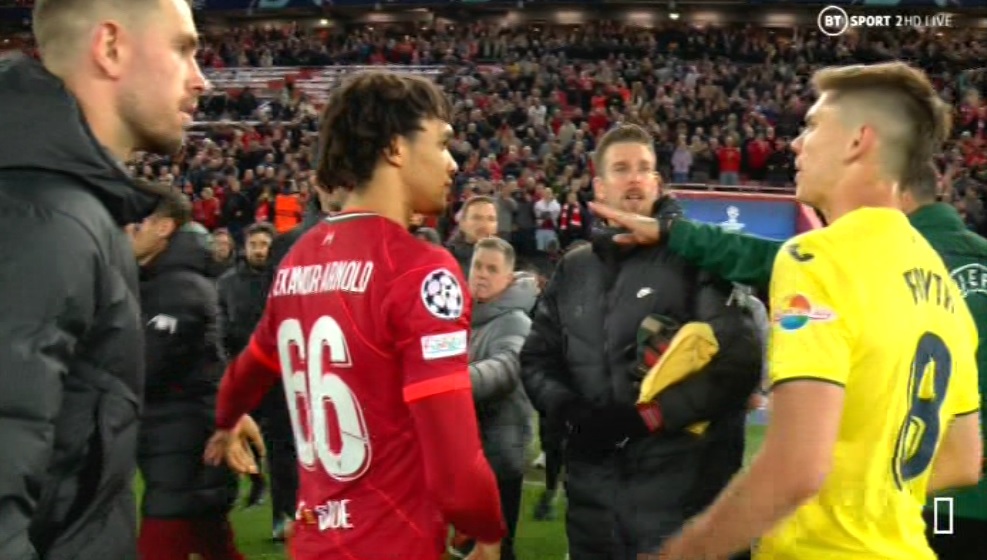 Jurgen Klopp, Trent Alexander-Arnold and Jordan Henderson were involved in an altercation with Juan Foyth immediately after Liverpool’s victory over Villarreal in the first leg of their Champions League semi final.

An own goal from Pervis Estupinan put Liverpool in front in the second half before Sadio Mane struck two minutes later to secure a 2-0 victory for Klopp’s side.

Throughout the game, Foyth was locked in a battle with Luis Diaz and the pair exchanged what appeared to be heated words after the full-time whistle.

Diaz was pulled away from the situation, while Foyth was pushed away by Liverpool goalkeeper Adrian before the Villarreal defender was confronted by Klopp, Alexander-Arnold and Henderson.

Foyth continued to vent his frustration but television cameras caught Henderson telling the Argentine to ‘shut the f*** up’.

Klopp, meanwhile, stood and watched Foyth with a smile on his face as the Villarreal defender continued to show his anger.

The 2-0 win means Liverpool have a commanding advantage ahead of their second leg in Spain next week.

Speaking after his side’s latest win at Anfield, Henderson told BT Sport: ‘They are a very organised team and we knew they would make it difficult.

Luis DÃ­az didnât seem too happy with someone from Villarreal at the final whistle. Not entirely sure what kicked off there pic.twitter.com/2IUKUzkkbr

‘It was just important that we kept going and believe that we would eventually break them down. We did that with two good goals.

‘First one was a bit lucky. Good build up but a bit lucky, in off the defender and keeper I think.

‘But you need a bit of luck when a team plays with a low block. We got that and it lifted the crowd.

‘Majority of the game, the counter-press was really good. It made it difficult for them. But the game is still alive and it will be tough in Villarreal.’ 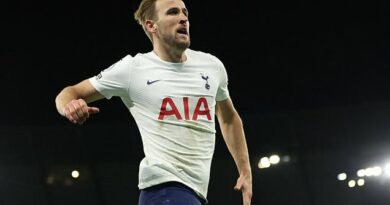 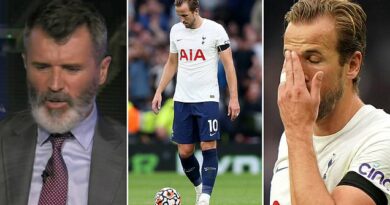