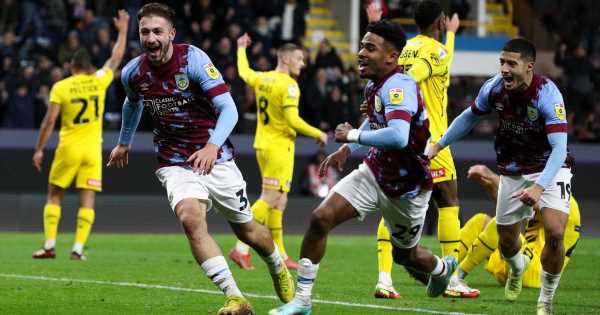 Vincent Kompany's fine start to life as Burnley manager continued in the most dramatic of circumstances on Wednesday (November 2).

Any home fans who left Turf Moor early would have been kicking themselves as the Clarets scored twice in stoppage time to snatch a 3-2 victory from the jaws of the defeat against Rotherham. Goals from Benjamin Wiles and Chiedozie Ogbene either side of Jay Rodriquez's strike had set the visitors on course to all three points.

But Belgian winger Manuel Benson levelled for the hosts in the 91st minute before Brentford loanee Halil Dervisoglu netted in the 100th minute to complete the miraculous turnaround.

The win meant Burnley extended their lead at the top of the Championship table over local rivals Blackburn to five points. They've now won six of their last seven matches and haven't been beaten since August.

Former Manchester City captain Kompany is well on his way to taking them back up to the Premier League at the first time of asking after joining from Anderlecht in the summer.

Speaking to BBC Radio Lancashire post-match, he said: "It had a bit of everything – drama in particular – it was good for the team, good for the fans and it just gives us a little bit of something before the next big game.

What's the latest goal you've ever seen at a game? Let us know in the comments section below

"I think we just kept doing what we do and we were really unlucky not to score more. Lucky that the goals came in the last minute but it should've been a bit earlier in the game, if we're being honest.

Arsenal team news: Granit Xhaka could return to Unai Emery’s side against Southampton