Arsenal are weighing up a loan move for Real Madrid misfit Vinicius Jr next month as they bid to back under-fire boss Mikel Arteta.

But they have not followed up their interest in Real playmaker Isco, who looks set to join Juventus on loan.

And Arteta will again try to shift players out of the Emirates, with Mesut Ozil and Sokratis on the transfer list and William Saliba available on loan.

Arteta is the odds-on favourite with the bookies to be the next Premier League boss sacked after his side’s 4-1 Carabao Cup thrashing by Manchester City.

But Arsenal want to give him more time and have already discussed their transfer plans with him.

Back in November, Daily Star Sport revealed how Arteta had made improving his defence his number one long-term priority.

But a lack of goals has been the biggest problem during a nightmare run of five defeats in eight games since then and Arsenal are currently looking for help up front.

The Gunners tried to sign Vinicius while Unai Emery was in charge and retain a good relationship with his agent.

Still only 20, the Brazil forward can play anywhere across the front line and has three goals and three assists for Real this season.

But whispers about his inconsistency mean Madrid have decided to listen to offers for him next month and are open to sending him out on loan.

Vinicius, who has one cap for Brazil, cost Real £38.7m in 2018 but he has not developed in the way they hoped.

Arsenal also explored the possibility of taking Isco on loan next month but it is understood he wants to join a Champions League team.

The 28-year-old has been frozen out by Zinedine Zidane this season, starting only three times in La Liga, and is expected to join Juve. 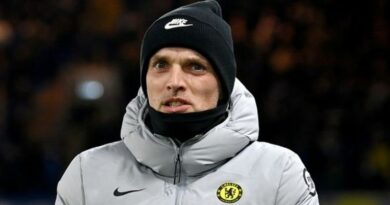