George Sephton thought he had seen it all in almost half a century as the Voice of Anfield.

And the tragedies of ­Hillsborough and Heysel.

But the 74-year-old, who will next year mark his 50th ­anniversary as Liverpool ’s ­stadium announcer, says this is a season like no other.

“I had always wanted us to win the Club World Cup,” said Sephton, whose dulcet tones are recognised all around the world by people who have never actually seen his face.

“So, when we became world champions in December, that was huge. The next one should be the Premier League – and seeing Liverpool become champions of England for the first time in 30 years.

“We should be celebrating now, but…”

The coronavirus crisis means Liverpool’s wait goes on for at least a few more weeks.

But while Sephton is as ­desperate as any fanatical ­Koppite to see the Premier League trophy decorated in Liverpool’s red ribbons for the first time, he is quick to point out there are currently bigger things to be concerned about.

“Being worried about whether Liverpool win the league or not doesn’t compare to worrying about being ­infected by the coronavirus,” he said.

“Every Liverpool fan knows that – and the whole city was so relieved when we heard that Sir Kenny was out of hospital and recovering. I wouldn’t have been able to bear it if something had ­happened to Kenny.

“At the same time, it shouldn’t be underestimated what football means to people, especially in our city.

“Liverpool Football Club is at the centre of a lot of people’s lives – it’s certainly at the ­centre of my life.

“I know people, who, if they didn’t have Liverpool to think about, wouldn’t have any sort of life at all.”

Sephton is steeped in the Scouse tradition.

His dad had a trial for ­Liverpool in the 1920s and George went to the same school as Sir Paul McCartney and George Harrison.

And when he made his ‘debut’ for the club on the same day as Kevin Keegan in August 1971, it was the ­beginning of a roller-coaster journey alongside Kop legends Bill Shankly, Bob Paisley, Joe Fagan, Dalglish, Rafa Benitez and now Jurgen Klopp.

When Liverpool opened up a 25-point lead at the top of the table, fans started asking him what his playlist would be for the title celebration.

But Sephton ­admitted: “I kept telling people that I had this horrible feeling something dreadful was going to go wrong. I didn’t know why – it was like a sixth sense.

“Maybe I should have gone to the bookies and put a fiver on Liverpool not being crowned champions ­before the end of May.

“Could you imagine the odds? I’d have been a rich man – but that wouldn’t have been any consolation.

“I think I am the only person still working for Liverpool since the last time we won the league.

“But, first and foremost, I am a fan – and I am starting to get very worried that we aren’t going to see this season ­completed.

“There have been ­suggestions that it will all be done behind closed doors and, if that happens, I’m not sure they will want someone there to play You’ll Never Walk Alone in an empty stadium.

“I’m 74, I have an illness that puts me in the ‘at risk’ ­category, so, if the government advises certain people to remain in isolation, then I’d have a ­decision to make.

“I’d desperately want to be there – but so would a million others.” 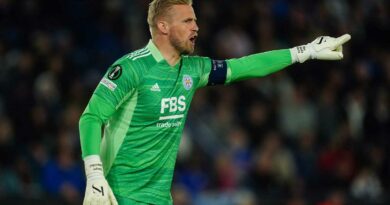