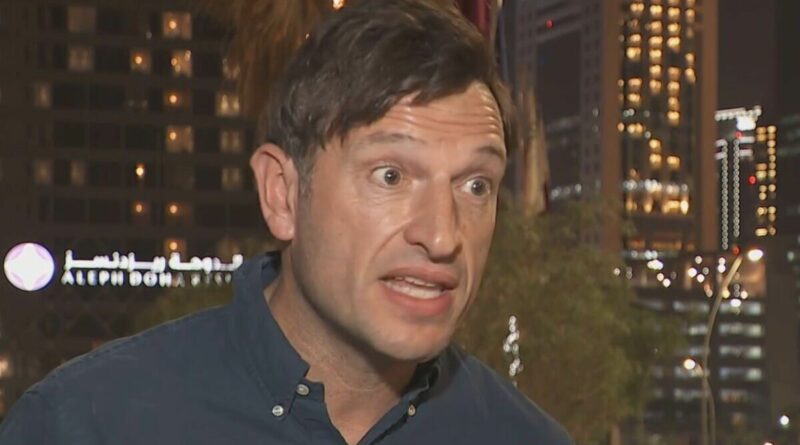 FA Wales chief executive Noel Mooney has hit out at FIFA in a rant after scrapping the OneLove armband protest in Wales’ opening World Cup game in Qatar. Captain Gareth Bale’s penalty ensured Rob Page’s side a point against the United States, but he alongside England skipper Harry Kane did not wear the armband that was designed to protest the host nation’s criminalisation of same-sex relationships.

Mooney insisted he could not ask Bale to risk a potential yellow card and further punishment for wearing the armband, and slammed FIFA for the late U-turn. “For months and months we knew we were going to wear the OneLove armband, they [FIFA] certainly did,” Mooney told ITV.

“To lay that one on us is pretty cheap and pretty low, to be frank, and we are really disappointed with that attitude. We have been absolutely furious about this. We have given FIFA everything we have got in terms of how furious we are about this decision to do this. We think it was a terrible decision.”

Manchester United icon Roy Keane suggested that the federations, including Wales and England, were wrong to back down to FIFA and insisted they should have continued with their protest. “There’s no protest without risk,” Keane said.

WORLD CUP LIVE: ALL THE LATEST UPDATES FROM QATAR

“If you’re going to protest, there has to be some risk in it. You see the Danes saying things like they’re going to sue FIFA and all this. It’s like when you’re having a fight with someone and it’s broken up and you want to fight. It’s done.

“It’s ridiculous saying ‘We’re going to sue them’. For what? Wear the band and take the consequences. It would have been such a powerful protest because the LGBTQ community will see the players have actually put something on the line like they do every day with their lives.”

Mooney described the decision behind Bale not wearing the armband, and instead donning the FIFA-approved ‘No Discrimination’ armband in response to Keane. “Absolutely, I understand why everybody would be upset about the OneLove armband not being there,” Mooney added. “But there was no way we could ask Gareth Bale to take a yellow or red card at his first World Cup. How could you do that?

“Anyone who thinks the players just take a card like that, they don’t understand the psyche of a professional athlete who is going out to play the biggest moment of their lives. We didn’t back down at all.