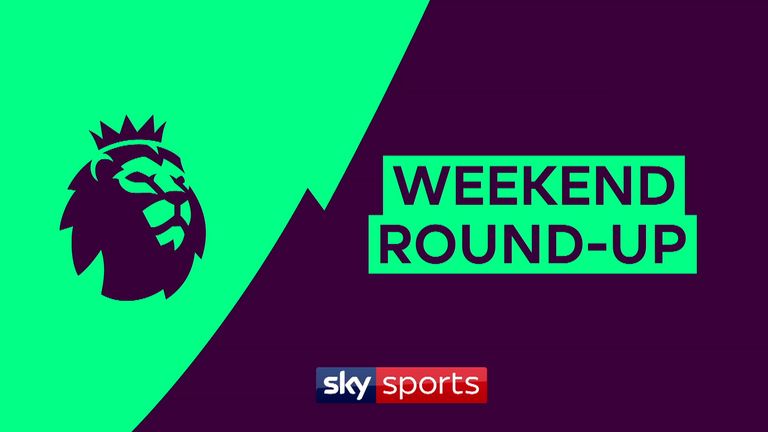 Scroll down for highlights from all the weekend’s games…

Riyad Mahrez’s early goal gave Manchester City a 1-0 win over Tottenham at Wembley to send them back to the top of the Premier League.

Chelsea moved second and to within two points of Premier League leaders Liverpool with a commanding 4-0 win over Burnley at Turf Moor.

Arsenal’s 11-game winning run came to an end at Crystal Palace, who scored from the penalty spot twice in a pulsating 2-2 draw on Super Sunday.

Huddersfield’s wait for their first Premier League win of the season continues after a 3-0 defeat to Watford at Vicarage Road.

Glenn Murray was Brighton’s match-winner again as his second-half strike saw his side beat Wolves 1-0 at the Amex on Saturday.

Wilfred Ndidi netted a fortunate late leveller for Leicester in a 1-1 draw against West Ham, who had Mark Noble sent off in the first half. Newcastle earned a battling point at Southampton to move off the foot of the Premier League table as two teams bereft of confidence played out a 0-0 draw at St Mary’s.