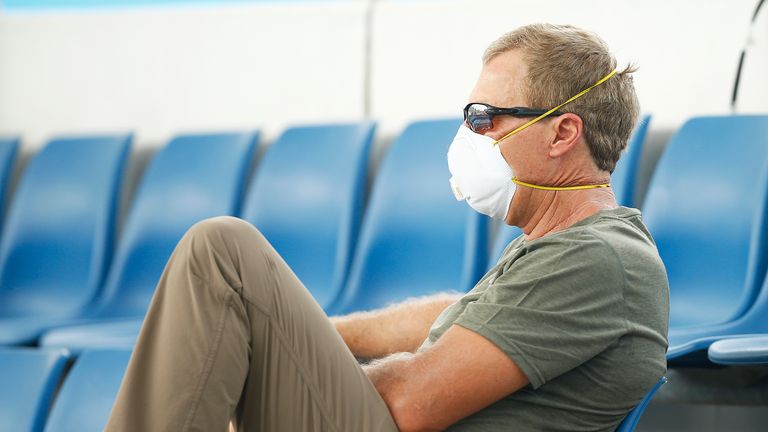 Poor air quality caused by ongoing bushfires has forced one player to retire from her match during qualification at the Australian Open.

Why is Manchester United’s status as England’s richest club at risk?

Barcelona will present their new head coach Quique Setien on Tuesday afternoon, after sacking a manager mid-season for the first time since 2003.

Tyson Fury makes a promise to WBC heavyweight champion Deontay Wilder for their rematch on February 22.

And a fan accused of racially abusing England bowler Jofra Archer has been banned for two years.