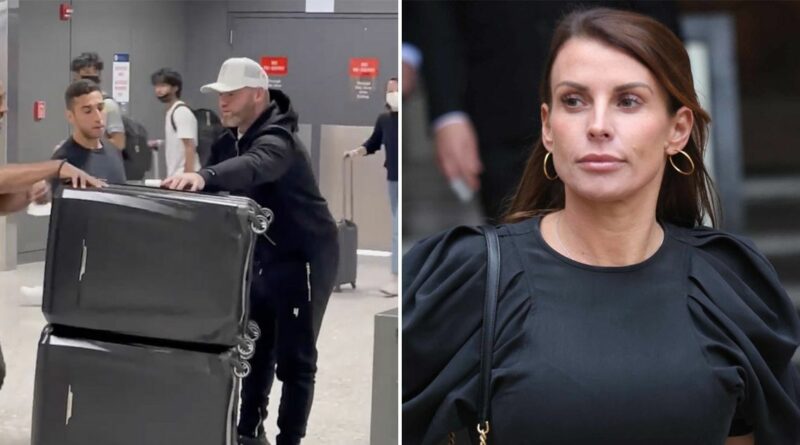 Wayne Rooney was all smiles as he touched down in Washington ahead of his appointment as DC United manager, but leaked texts suggest his wife Coleen might not be so thrilled about the move.

The Manchester United legend left his role at Derby County last month following the Rams' relegation to League 1, though he was heralded for steadying a rapidly sinking ship as the club battled against administration, a points deduction and the threat of liquidation.

Rooney, who spent a season-and-a-half with DC United as a player after leaving Everton, has agreed terms with the MLS club and is expected to be unveiled as their new head coach in the coming days.

However, texts that his wife Coleen sent to Rebekah Vardy – revealed during the Wagatha Christie saga – suggests she isn't the biggest fan of the American capital.

In response to Vardy's check-in when the Rooneys moved there in 2018, Coleen wrote: "Washington isn’t the best….nice to visit but different to live."

She added: "Not loads for the kids to do, mostly park, hardly any soft plays and things like that. It’s quite behind the UK, which I never would have thought. But we will get used to it (I hope).

Does Wayne Rooney have what it takes to manage in the Premier League? Let us know what you think in the comments section below.

"Wayne is loving it, and the kids are fine, settled into school straight away. So really happy they are fine. Thanks for the message love xx."

Rooney netted 25 goals in 52 appearances for DC United, including a memorable strike from inside his own half against Orlando.

He left in August 2019 for a player-coach role back in England with Derby and officially hung up his boots a year-and-a-half later after being appointed Rams manager.