It was a goal against Arsenal that propelled Wayne Rooney into the spotlight. Aged just 16, his outstanding curling strike ended the Gunners’ 30-match unbeaten run and set the tone for the glittering career that was followed. Now, after spells with Everton (twice), Manchester United, DC United and Derby, the 35-year-old has hung up his boots.

Few had heard of Rooney prior to that day.

But, afterwards, the England international was the talk of not just the country – but the entire world.

Who was this physical and gifted striker? Prior to his sudden surge into the spotlight, hulking forwards were seen as big lumps. His goal changed all that, showing he was something special at the time.

Rooney had the lot during his peak years. He was quick, strong and flexible, being a focal point of the Red Devils during their time as the country’s leading force under Sir Alex Ferguson.

So, with the 35-year-old calling quits on his career, Express Sport will now take a look at 10 pictures that sum up his career. 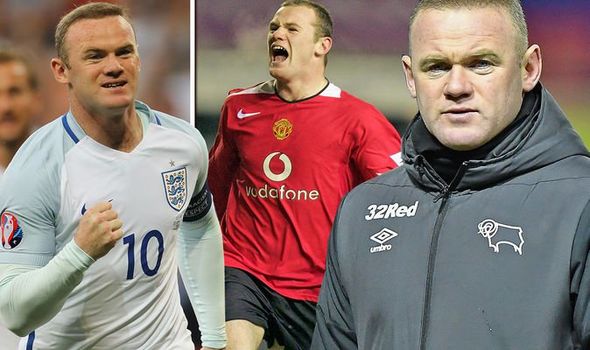 Rooney’s goal against Arsenal was a cracker, with the then 16-year-old beating David Seaman from distance with a powerful drive.

After his strike, there was a modest celebration.

Rooney knew this was just the start of his footballing adventure. There was no need to get carried away.

But that didn’t stop the country, and the world, from jumping on the hype train afterwards… 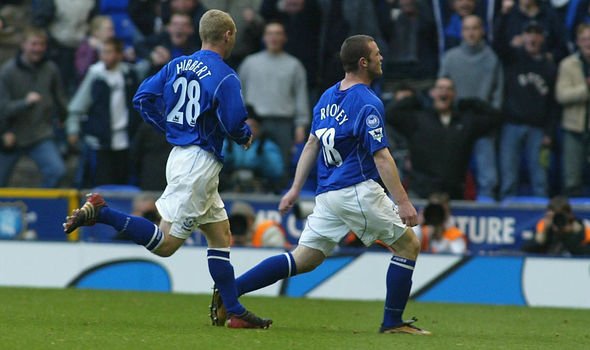 At Euro 2004, England were among the favourites.

And while they didn’t win the trophy, there’s reasons to believe they would have had Rooney stayed fit.

The then-Everton striker was the star of the tournament, shredding Croatian and Swiss defences during the group stages of the competition.

Unfortunately, an injury against Portugal prevented him from lasting the course.

Greece eventually won the competition but it’s best remembered for being the Rooney show. Box office, of the highest order. 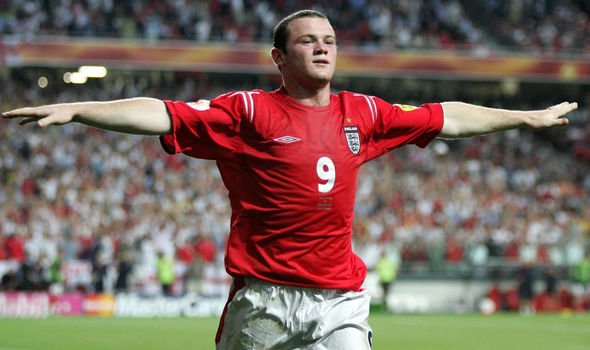 United liked what they saw of Rooney and, in 2004, opted to part with £27million to bring him to Old Trafford.

The England international was delighted upon moving, saying: “I’m excited to be joining a club as big as Manchester United. I feel this can only improve my career.”

And so too was Sir Alex Ferguson, who said: “I am very excited. I think we have got the best young player this country has seen in the past 30 years.

“Everyone is delighted by this signing.” 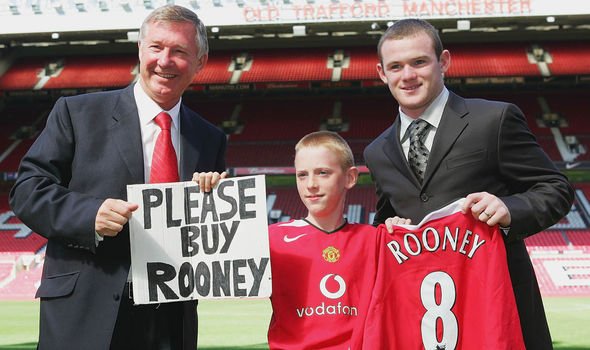 As far as debuts go, Rooney’s is probably the best in living memory.

The Champions League is not an easy stage to make your bow – but the 35-year-old took to the competition like a duck to water.

Rooney scored an outstanding hat-trick in a 6-2 victory over Fenerbahce, stealing the show with a virtuoso display.

It was magical and showed the Red Devils had been right to snap him up. 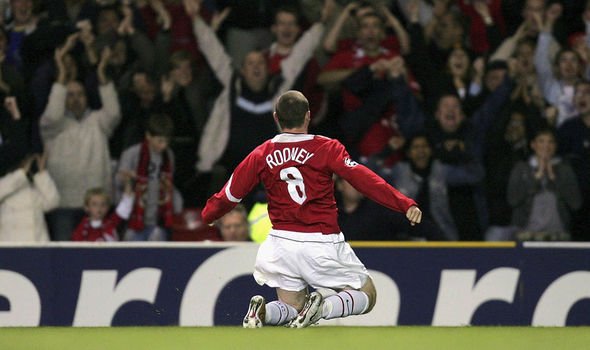 In 2006, Chelsea were the country’s dominant force.

The Blues won their second consecutive title under Jose Mourinho, with United languishing behind.

However, it was year Rooney won his first trophy with the club.

The striker propelled the Red Devils to Carabao Cup glory, scoring twice against Wigan in Cardiff with Cristiano Ronaldo and Louis Saha on target as well.

And, the following year, Rooney added to his collection. 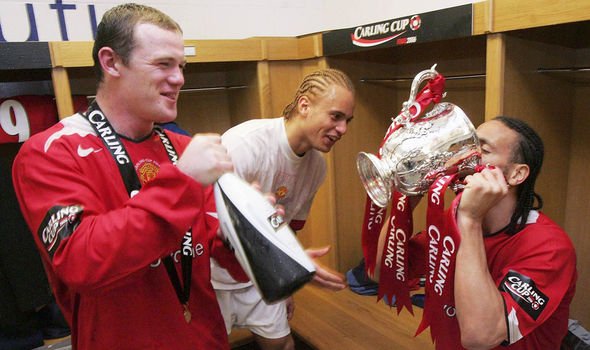 In 2007, United ended their four-year wait for the Premier League title.

They did it playing some remarkable football, with the likes of Rooney, Ronaldo and Saha all proving to be vital assets.

Rooney scored 23 goals from 51 matches that year, with only Ronaldo managing more.

It was the year he truly became an elite player.

And United were all the better for it. 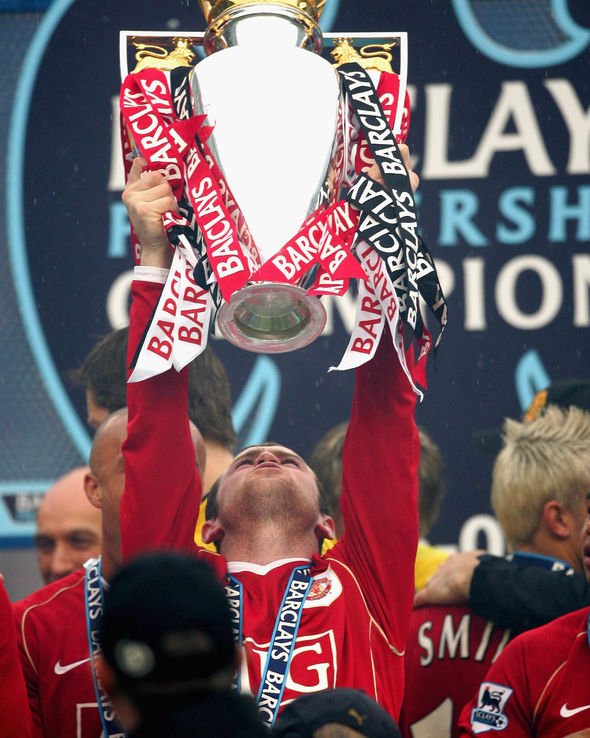 United were England’s dominant force between the years of 2007 and 2009, with Rooney helping them win three titles on the spin.

And he also pocketed the Champions League trophy in 2008.

Rooney helped the Red Devils beat Chelsea in the final, though wasn’t on the pitch by the time penalties rolled around.

That didn’t matter, with Ferguson’s side winning anyway.

John Terry and Nicolas Anelka both fluffed their lines for Chelsea, gifting the trophy to their fierce rivals in the process. 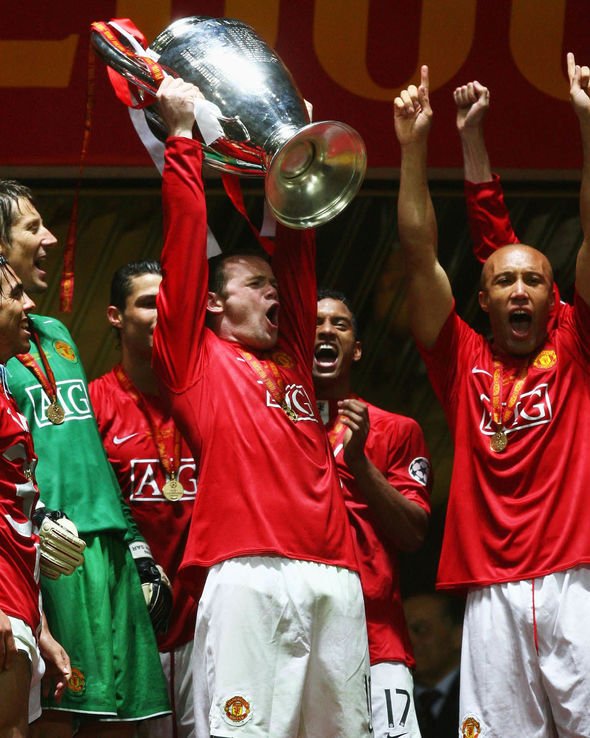 Rooney never won the trophy with England he wanted.

But he did become their all-time leading goalscorer in 2015, scoring a penalty against Switzerland at Wembley.

The Three Lions won 2-0 that night.

Rooney celebrated his penalty wildly, which came after Raheem Sterling had been fouled inside the area.

Harry Kane had put England ahead previously, bagging in the 67th minute of the match. 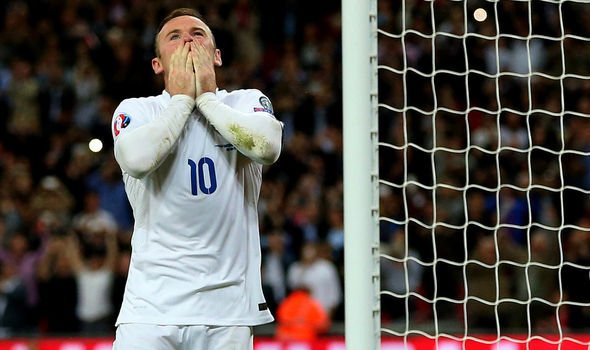 He overtook Sir Bobby Charlton with a terrific free-kick in a 1-1 draw with Stoke City, sparking wild celebrations in the process.

It’s a record that could stand for some time, too.

So whether anybody is able to better his statistics in the coming years is something only time will tell. 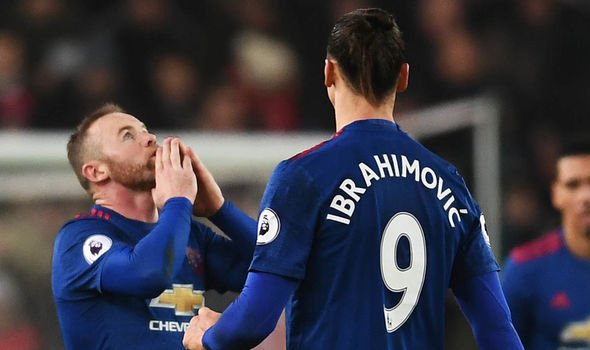 Rooney bowed out on a high with United.

Having fallen down the pecking order under Jose Mourinho, he was a substitute for the 2017 Europa League win over Ajax.

But that trophy meant he’d officially won every trophy available to him during his time at Old Trafford.

He left the Red Devils for Everton and enjoyed a good, albeit brief, spell back at Goodison Park. 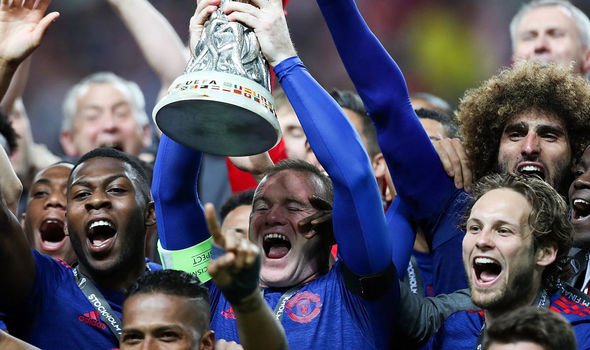 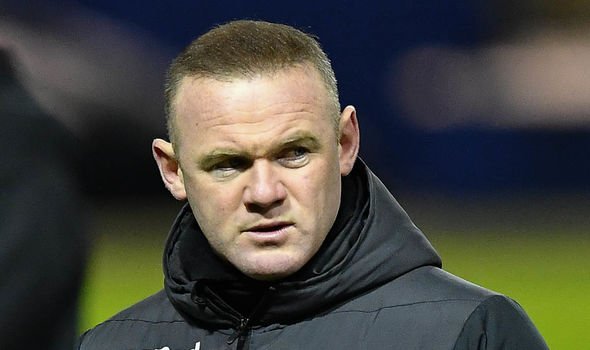 Rooney spent some time at both Everton and DC United after leaving Old Trafford.

But, now, a new career in management beckons.

Rooney was appointed as interim boss following the departure of Phillip Cocu in November – but has done well enough at Pride Park to be given the job permanently.

And whether he’s a Ferguson, a Mourinho or something else entirely is something only time will tell.

Guardiola: I would have stayed at Manchester City even if we had dropped down to League Two