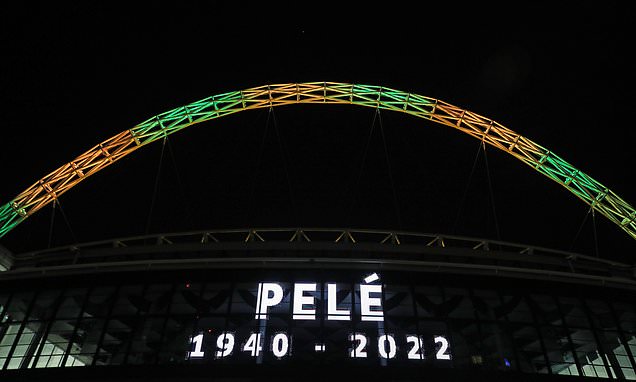 Wembley Stadium pays its respects to a footballing icon as the famous arch is lit up in the colours of Brazil in tribute to Pele, who sadly passed away on Thursday evening aged 82

The Wembley arch has been lit up in the colours of Brazil in tribute to Pele, following the football icon’s passing on Thursday evening.

Pele passed away at the age of 82 at the Albert Einstein Israelite Hospital in Sao Paulo, after a lengthy battle with colon cancer.

The famous London landmark and England’s ‘home of football’ paid its respects to the three-time World Cup winner by illuminating the arch in the famous green and yellow of Brazil. 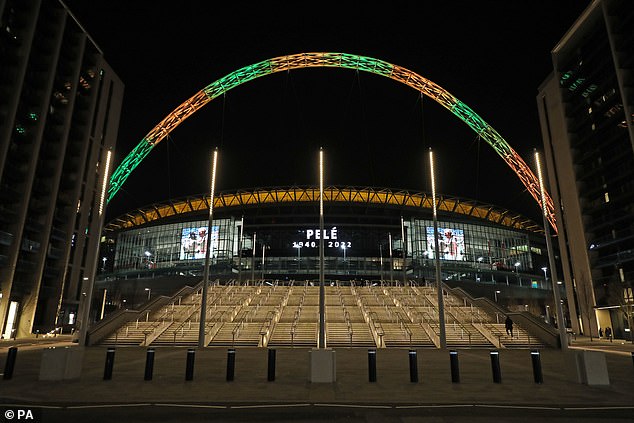 The FA also shared the iconic image of Pele with Bobby Moore at the 1970 World Cup on the screens around Wembley Stadium, alongside the words ‘Pele 1940-2022’.

It was also accompanied by a Tweet from the official England page, showing an image of the arch and stating ‘Paying tribute to a true football icon. Rest in peace, Pelé’.

Thousands of tributes have been posted online to the football icon, as the game mourns one of his greatest ever stars. 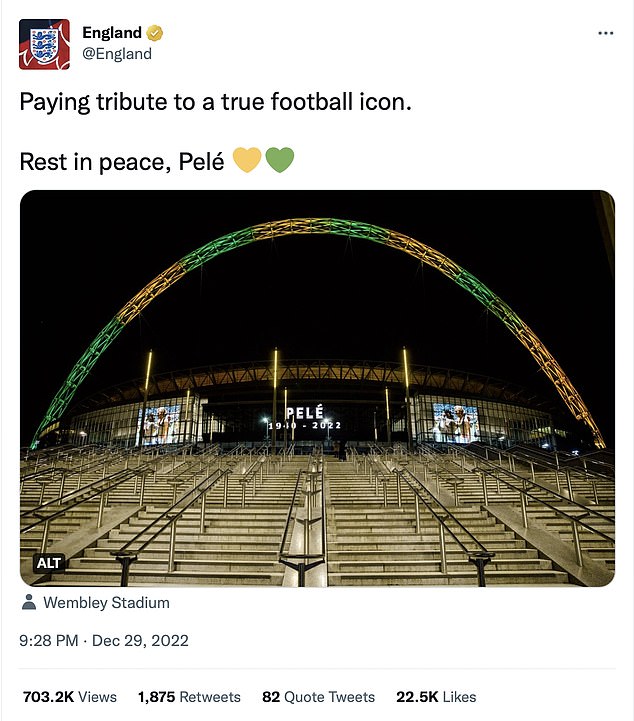