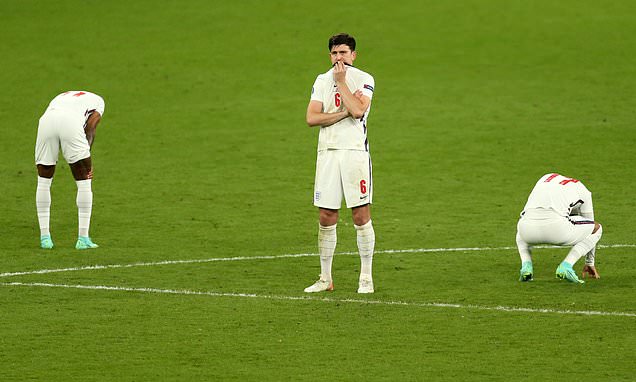 ‘We’re heartbroken and devastated’: Harry Maguire reflects on cruel defeat by Italy on penalties but admits England ‘gave everything’ in final

The Manchester United centre-back, who was outstanding for the Three Lions during the tournament, said Gareth Southgate’s side are ‘devastated’ by the loss.

England scored in the second minute through Luke Shaw but the Azzurri dominated the second half and equalised through Leonardo Bonucci. 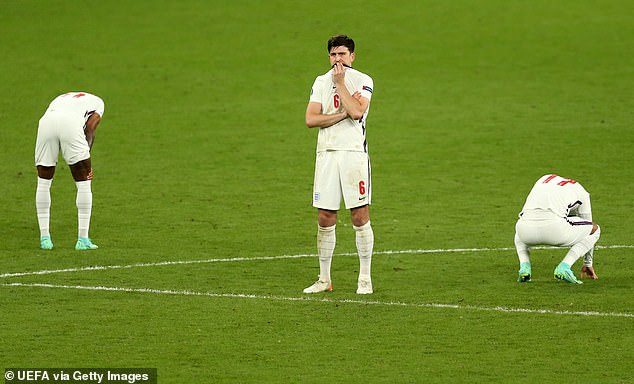 Neither team could find a winner in extra time and even though Jordan Pickford made two saves on penalties, Marcus Rashford, Bukayo Saka and Jadon Sancho missed from the spot to crown Italy as champions.

After the game, Maguire said: ‘We are heartbroken, disappointed, gutted, the lads are devastated.

‘We gave everything out there, you’ve seen it was a bit of a ding dong. We had the first-half, they had the second, extra time could have gone either way.

‘We found another gear in second period of extra time and put pressure on them. To be decided by penalties is disappointing and to lose the match is not what we came here to this stadium for. We wanted to bring the trophy home and it was unfortunate.’ 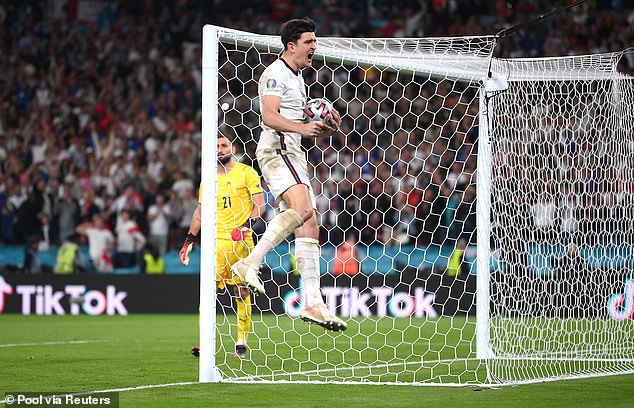 The nature of Bonucci’s equaliser also disappointed Maguire, who felt it was fortunate after chaos ensued from a corner.

He went on: ‘At times they’re a top side. There’s parts of the game they would put pressure and we’ll need to see it out. They didn’t create many clear cut chances, they scored from a set play.

‘I mean it’s taken about five ricochets in the box and fallen to their player for a tap-in so it wasn’t our night and there’s times in that second half we could have been braver but there were times we were excellent and maybe we could have punished them more especially in the first-half. 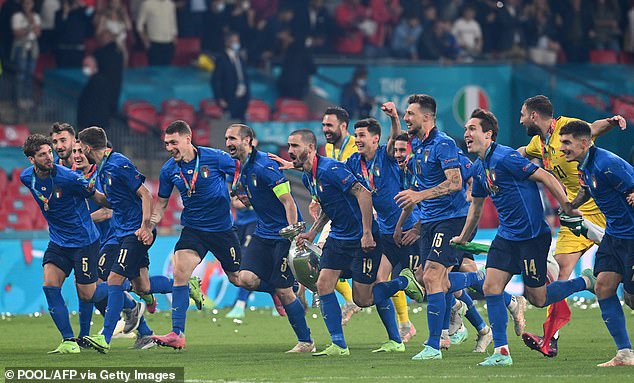 Maguire praised Italy, who are an outstanding side under Roberto Mancini

‘They’re a great team, credit to Italy they’ve been fantastic through the tournament. We controlled it well enough to warrant taking them all the way and couldn’t find that extra bit.’

Having entered the tournament recovering from injury, Maguire emerged as a rock at the back alongside John Stones and England only conceded two goals in the competition.

He scored with arguably the best penalty in the shootout, smashing high into the top corner but proved to be in vain and England’s 55-year wait for a major tournament win goes on. 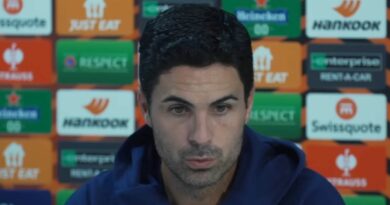 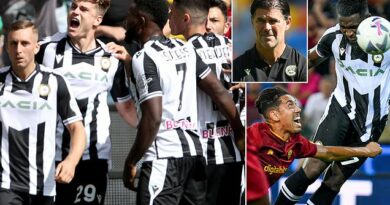