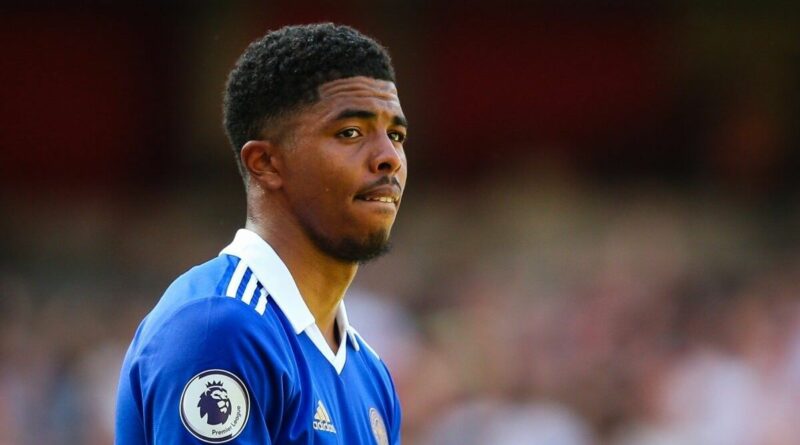 Leicester City manager Brendan Rodgers has claimed Wesley Fofana hasn’t asked to leave the club amid Chelsea’s summer pursuit. The French defender is thought to want to leave Leicester for Chelsea, but according to his boss, he hasn’t made an effort to push for an exit yet.

After two bids were recently rejected – the latest worth around £63m – Leicester reportedly slapped a £80m price tag on Fofana, making him the most expensive defender in history. But Rodgers has denied that there has been a third offer from Chelsea yet, despite murmurs that the 21-year-old is desperate to move to Stamford Bridge.

He told reporters: “No, not currently at this moment – nothing new or changed. We’ve spoken a number of times about the whole situation, and of course, it remains a private conversation. Our communication is normal, and we just continue to prepare for the games.”

Some reports have even suggested Fofana has submitted a transfer request to get out of the King Power Stadium. However, Rodgers also shut down talk of the same, confirming Leicester hadn’t received a formal request yet. “Yes, I can [confirm]. He hasn’t [asked to leave],” Rodgers added.

JUST IN: What Casemiro has told Real Madrid pals about joining Man Utd 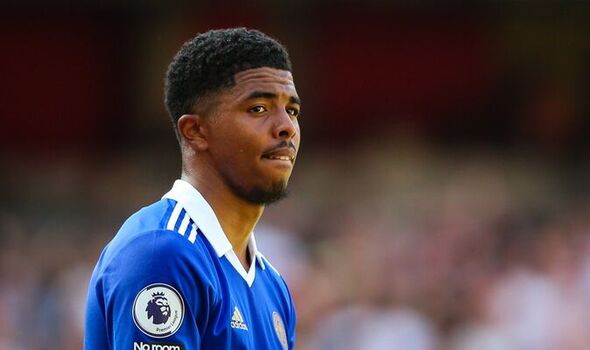 The Foxes manager also suggested he expects Fofana to still be in his squad beyond the summer transfer window, reaffirming the club’s stance that he isn’t on the market, barring a change. He continued: “I don’t think so far ahead. The idea is he’s still very much a Leicester City player [at the end of the window].

“I’ve said a number of times here he’s not for sale. The club made it clear that unless anything changes on that, I would expect him to be here. Mentally he is fine, but as you can imagine, a 21-year-old with the spotlight on you, talking about what you maybe can earn at another club, where you can play, it’s a challenge, that’s the honest answer.” 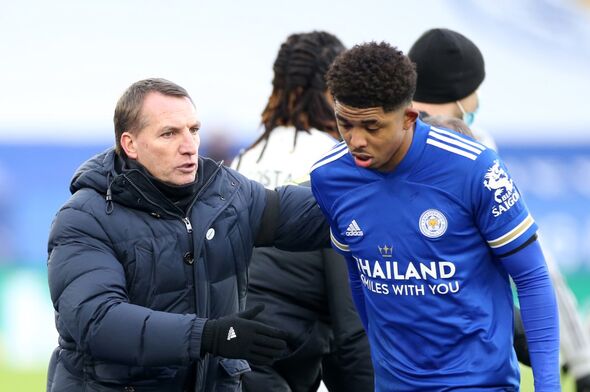 And Rodgers insisted that if Fofana’s head wasn’t in the right place amid Leicester’s tough start to the season, he wouldn’t hesitate to exclude him from the team, despite his undeniable importance. “It’s a challenge for any player,” Rodgers concluded. “There’s lots of speculation and lots of noise that goes on with it, especially for a young player of just 21.

“Yes, 100 per cent [I will leave him out if his head isn’t right]. We are not a team if the players aren’t totally focused or, for whatever reason, just aren’t in the right mindset, that won’t help us. We have to ensure everyone is really focused in order for us to play the best game we can.” 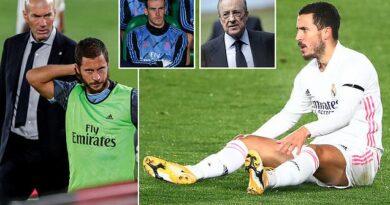 PETE JENSON: Patience is running out for Eden Hazard at Real Madrid