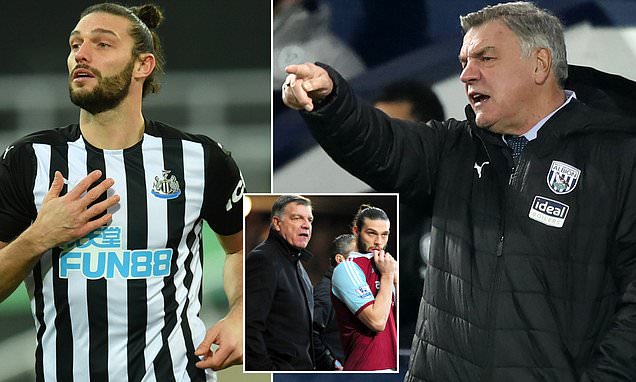 Newcastle striker Andy Carroll is on a list of possible transfer options for West Brom this month.

The Premier League strugglers have also discussed Bournemouth striker Josh King, who also has interest from Wolves and West Ham.

Sam Allardyce is desperate for a striker after Karlan Grant, who signed from Huddersfield in the last transfer window, sustained a broken bone in his foot that is expected to sideline him for at least five weeks. 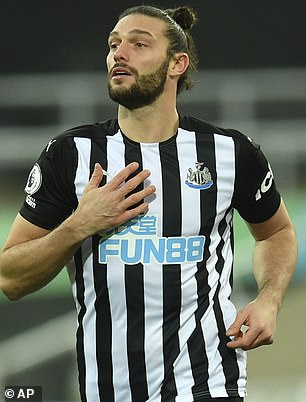 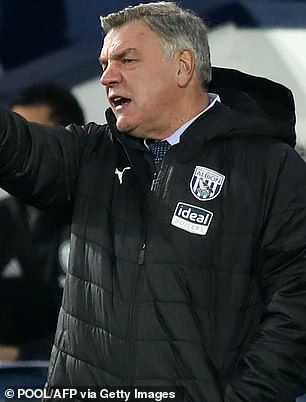 Carroll scored his first Newcastle goal in ten years with a late strike in a 2-1 defeat by Leicester on Sunday.

The forward agreed a one-year extension to his contract last summer after rejoining the Magpies in August 2019.

The Baggies have managed just 11 goals in the Premier League this season and former striker Kevin Phillips urged Allardyce to make a move for the 31-year-old. 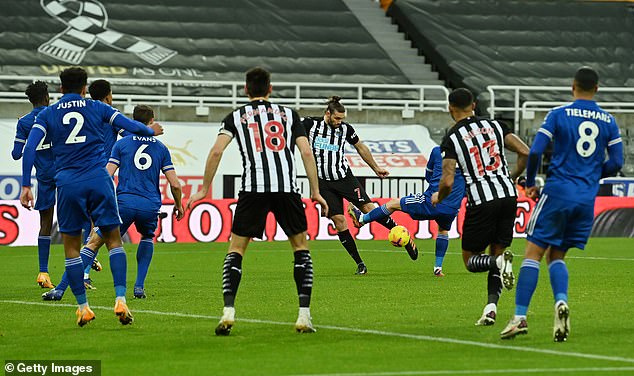 ‘If you could guarantee he was going to stay fit for the rest of the season, I would certainly consider it because he gives you a different style,’ Phillips told West Brom News.

‘There might be a lot of people who say “oh this is going to be route-one football” but it’s about winning a football match.

‘If that means bringing in a 6ft 5 or 6ft 6 centre-forward and you play a different style of play, we know Andy Carroll on his day can be unplayable. 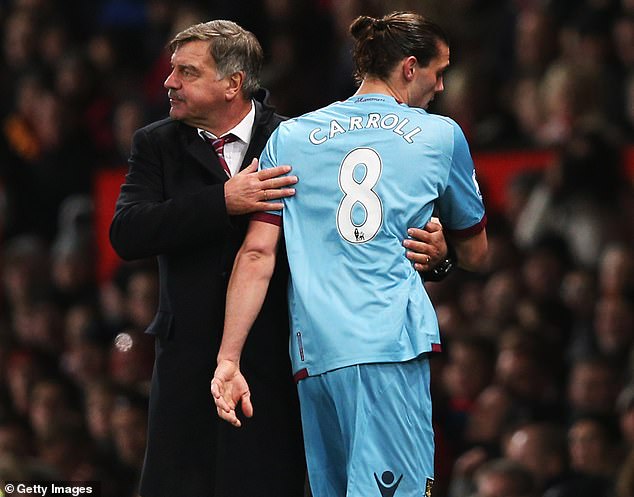 ‘It’s just whether you can guarantee keeping him fit and for me, it’s a gamble. If you put all your eggs in one basket in getting him in and he gets injured in the first few weeks, you’re back to square one.

Carroll worked with Allardyce during his first spell at Newcastle and later joined him at West Ham in 2012.

As reported by Sportsmail, Allardyce is also keen on Leicester midfielder Hamza Choudhury with Albion’s Filip Krovinovic, currently on loan from Benfica, a target for Greek club PAOK Salonika.